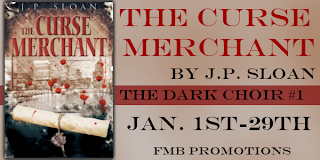 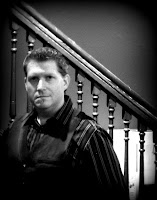 "I am a storyteller, eager to transport the reader to strange yet familiar worlds. My writing is dark, fantastical, at times stretching the limits of the human experience, and other times hinting at the monsters lurking under your bed. I write science fiction, urban fantasy, horror, and several shades in between.

I am a husband and a father, living in the "wine country" of central Maryland. I'm surrounded by grapevines and cows. During the day I commute to Baltimore, and somehow manage to escape each afternoon with only minor scrapes and bruises. I am also a homebrewer and a certified beer judge. My avocations dovetail nicely!"

I'm a big believer in a robust prewriting process that includes creating a plot skeleton, an outline, summaries of each scene, and character worksheets on each major player. For me it's like a road map, not one I'm necessarily shackled to. But I absolutely find that my left-brained sensibilities require some kind of path to follow before I begin.

Routinely. When my characters begin to stray from the outline I tend to let them wander, pulling back on the reins only when I find they are stumbling into a dead-end. I find the results are fifty-fifty; half the time what the character wants to do or say is better than I had planned, the other half I recognize they're just filling pages.

My wife makes this breakfast casserole that positively knocks my socks off. However it's loaded with egg, sausage, and cheese, so unless I want to send a cardiologist's children to Harvard, I save it for special occasions.

Can I be an afternoon person? I'm pretty useless in the morning, particularly before my second cup of coffee. I do most of my writing at night as a consequence of my schedule at my day job and as a father, but it's not my most productive time of day. On the rare occasion I get to write in the afternoon, I tend to produce more and better material.

I'd like to take a car tour of New England sometime soon, though that's a very achievable goal. If I'm dreaming of travelling, then I'm dreaming of the British Isles. I'd especially enjoy brewery tours of the U.K., as I'm an avid homebrewer and beer judge in my spare time. I'm lucky enough to have in-laws who live in Bavaria, so I've had the opportunity to sample the beers there. But I'd jump at the chance to see what genuine English Bitters and Irish Dry Stouts are really like. - Can't help you there, I must be one of the few Irish people who don't drink!

If I'm writing science fiction, then sure. I have an entire supersetting ready to dive into when I'm done with the Dark Choir series, which takes place in an entire Galactic theater. For the Dark Choir series, however, I'm intentionally keeping the settings grounded and close to home. I want to ride a very close line with reality with this series, and keeping the setting restricted to one city helps to fully explore the interior journey of my protagonist.

Almost always. I have several stations on Pandora set for different manuscripts, reflecting the mood of each. I find it's a good mental trigger to turn off the outside world and turn on Writer Mode.

The Curse Merchant is the first novel of the Dark Choir series. The protagonist, Dorian Lake, is a Baltimore socialite who sells hexes and charms for a living. He has found his life is in a bit of a downward spiral, and just as he begins to take charge of his career again, his ex-lover walks back into his life. She has a problem… she sold her soul to an unscrupulous soul monger and only has two weeks to enact an escape clause to buy it back. As Dorian tries to win back her affections, he finds himself at the mercy of this soul monger, and must use his wits to outsmart the man before time runs out.

I've learned that writing the book is only a small part of the entire process. When thinking about "being a writer", most newcomers envision the drafting process… sitting at a computer, banging out sentences, and then one day finally being done with the book. The truth is that writing the sentences comes after a healthy process of thinking and outlining and planning. It comes before a period of revising and editing that lasts easily twice as long as drafting. Then comes the marketing, writing synopses and hooks and taglines, endlessly trying to perfect that One True Sentence to sum up the book for a reader. And in reality, a book is never finished… it is abandoned. If I stayed with it, I'd keep revising without end. One must find the point where the book has to be released unto the world. By then, the next book should be have already begun this process!

I would have spent more time writing and less time thinking about writing. Nothing can replace time spent getting words out. A writer will ever become a good writer unless he or she is writing. No amount of research, no books on the craft, no community college courses can substitute raw word count. Granted, they make that raw word count produce better material, but that material won't come unless your butt is in the chair and your fingers are tapping.

Accept early on that your first story and/or novel won't be publishable. It is very very rare that any first time work will be of any kind of quality. That's just the nature of the beast. You're going to need to write more… probably more than you had figured. Write your first novel or story, then set it aside. Write another. Set it aside. Don't hold onto a dream of selling your book. Instead, hold onto the act of storytelling. Keep telling stories, and eventually you'll recognize that one of the stories you've created is ready to release.

I've always enjoyed Arthur C. Clarke. The first book I ever read cover-to-cover was his novelization of 2001: A Space Odyssey. His work possesses an alchemy of science and imagination that I would love to emulate.

"Dorian Lake has spent years cornering the Baltimore hex-crafting market, using his skills at the hermetic arts to exact karmic justice for those whom the system has failed. He keeps his magic clean and free of soul-corrupting Netherwork, thus avoiding both the karmic blow-back of his practice and the notice of the Presidium, a powerful cabal of practitioners that polices the esoteric arts in America. However, when an unscrupulous Netherworker interferes with both his business and his personal life, Dorian's disarming charisma and hermetic savvy may not be enough to keep his soul out of jeopardy.

His rival, a soul monger named Neil Osterhaus, wouldn't be such a problem were it not for Carmen, Dorian's captivating ex-lover. After two years' absence Carmen arrives at Dorian’s doorstep with a problem: she sold her soul to Osterhaus, and has only two weeks to buy it back. Hoping to win back Carmen's affections, Dorian must find a replacement soul without tainting his own. As Dorian descends into the shadows of Baltimore’s underworld, he must decide how low he is willing to stoop in order to save Carmen from eternal damnation... with the Presidium watching, waiting for him to cross the line."

None that have been published.

I brought my finds to a table near the microfiche reader and opened up my spiral notebook. None of the books were meant to leave the building, and photocopying was forbidden, so I had to take my notes and glean all I could. At least I was alone.

Or thought I was.

I had finished the chapter on the life of Simon Magus, a Samaritan during the first generation of Christian evangelists who had locked horns with Saint Peter himself, when a shadow fell over my notebook.

I looked up to find the Syrian smiling at me.

I set my notebook casually on top of the Jesuit text as he leaned on the microfiche reader.

The Syrian leaned over and picked up my book with a pausing gesture that at the same time asked for permission and left no room for refusal.

"Simon of Gitta," he recited. "A widely misunderstood individual, in my opinion."

"Misunderstood in the days of the early Church usually meant brutal death by torture, so there's that."

"Colorful stories aside, any serious student of soul magics would do well to study the life of Simon." He set the book down and narrowed his eyes. "Are you?"

"A student of soul magics?"

"Oh, no. That's not my particular bag of tricks." I elbowed the Jesuit text further behind me. "I just saw a show on cable last night, and wanted to do some more reading. That ever happen to you?"

He lingered beside me, staring down into my eyes. I shifted in my seat, trying not to look horribly guilty of something I had no intention of doing.

"How long have you been a member of the Occidental Lodge?" he asked, finally breaking the tension.

He shook his head in confusion.

I jammed my thumb over my shoulder.

"New policy. Some crap about a restricted section and Lodge members. I just ponied up to get to the good stuff."

He nodded with a warm grin.

"That makes sense. You did not strike me as the ceremonialist type."

"Know many ceremonialists, then?" I ventured.

His eyes lifted at the corners.

"You are aware, Mister Lake, that the practice of Netherwork is not kindly viewed by certain elements within the American magical establishment?"

I watched his face for a quick moment, trying to figure out if he was threatening me, or if he was genuinely asking me a question.

"Anyone with a brain knows that," I whispered.

"The question then becomes, are you a risk-taker?"

"I'm really more of a sure thing kind of guy."

He smiled and tapped on top of my notebook, making my stomach flip.

"Forgive my intrusion. Enjoy your studies."

He stepped away, grabbing a book from the top of a nearby table and settling down in a chair almost directly behind me. I looked over my shoulder a couple times, trying not to look nervous. The Syrian was studiously not watching me, which only added to my anxiety.

Want to read more? The Curse Merchant is available from amazon and smashwords