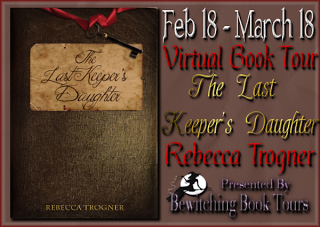 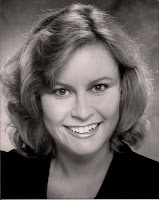 Rebecca Trogner lives in the Shenandoah Valley of Virginia, and frequently crosses the Blue Ridge Mountains that were the inspiration for Krieger’s home. She always dreamed of being a writer, but got sidetracked by the day-to-day adventures of life. With the encouragement of her family, she has finished her first novel and is currently writing the next book in The Last Keeper’s Daughter series. Rebecca lives with her husband and son, and a rescue dog named Giblet. To find out more about the author visit www.rebeccatrogner.com.


I am not a planner at all. I tried, really tried to outline, but I only ended up with a headache, so I gave it up. Once I start writing on a story, it takes over, and the characters seem to pop up in my everyday life and tell me what to do. I also dream about them, which depending on the character is good and bad.

My characters do that all the time. At times I have to put them in time out! Once I have a character in my head they inhabit a small part of my brain with their own world that I can manipulate, etc. There is one character – I won’t say who – that I was going to kill off, but after writing them I just couldn’t do it. For me, I have to be open to letting the story flow even if it takes me to someplace I wasn’t expecting.

I am not one of those people who complain about forgetting to eat. I love food especially comfort food and cherry pie with vanilla ice cream.

I really get rolling around mid-day, but I like to sit down with a hot cup of coffee and write first thing in the morning. If I write at night I can’t turn off my brain.

I would like to take a Grand Tour like the upper-class of the eighteen hundreds. Spend months trekking through Italy, Rome, France, England, and ending up in a castle in Ireland.

In The Last Keeper’s Daughter, it’s mainly set in Paris, Virginia, which is a small town tucked at the foot of the Blue Ridge Mountains. There is travel to England, but it isn’t a major part. In the sequel, there is travel all over the world.

No, I wish I could, but I start to drift when I listen to music. Sometimes if I’m having a hard time with a scene I will listen to Clair de Lune by Dubussy.

The Last Keeper’s Daughter is my debut novel. I wanted to write something that meshed the different genres that I love to read. Obviously it has paranormal elements, but it also has romance and mystery with a tiny bit of horror. I tried to ground the supernatural elements and make them not seem too fantastic – yes, I know vampires aren’t real! – so that even if you don’t care for vamps you would enjoy reading this story.

I’ve learned that it’s terrifying, but extremely worthwhile. For me, it all boils down to the readers. I want them to enjoy my stories. In order for them to enjoy the stories, they have to know they exist, which is why I’m so thankful for sites like yours.

I’ve been very lucky; my publisher Crescent Moon Press has been wonderful to work with. It takes time to get through the editing phase, but it was a rewarding experience. I had a fantastic editor who really took the time to help with my writing.

I would have started writing earlier.

Everything has influenced my writing. What I read, see, movies, the people I interact with, etc. I’ve noticed that I have a tendency to like the gothic and I think that Jane Eyre and Interview with the Vampire influenced me a great deal at a young age.

I haven’t been writing long enough to feel like I can offer advice. I will say that if you want to write, then write. If Stephen King had listened to his critics we’d never have the pleasure of reading his books. So get those fingers tapping. Don’t be discouraged. It is true that every writer will experience disappointment, but try not to dwell on the negative, and keep writing. I really do believe that there is an audience for every writer’s work; you just have to find them.

Determined, curious, somewhat silly. Oh my, I sound like a Labrador retriever. I do not chase sticks…

I don’t have just one, but here are some that mean the most to me, Stephen King, David McCullough, Karen Marie Moning, Anne Rice, and Vladimir Nabokov. 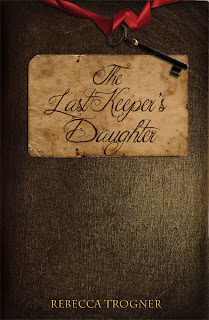 Born into old money, Lily Ayres lives at Waverly, her family’s estate situated at the foot of the Blue Ridge Mountains in Paris, Virginia. She is a strange, small, almost mute, young woman who has no idea that her father has given her to the Vampire King Krieger. Walter Ayres is the King’s Keeper and part of a secret society of historians who unearth, preserve, and attempt to understand relics of long forgotten civilizations.

Lily has never felt comfortable in the human world, but after she suspiciously falls down a flight of stone steps, and is healed and claimed by Krieger, she realizes there is another world. In this Other Realm she feels a sense of belonging, and begins to untwine the mysterious event which left her mentally and psychologically damaged. When Walter disappears in England, Lily works with human and supernatural beings to uncover his whereabouts. With each new discovery, she is pulled deeper into the vortex of magic, intrigue, and dark desires that permeates the supernatural world. The revelations revealed unfold a story of deception and betrayal that threaten to tear the thin veil between the supernatural and human world asunder.

The Last Keeper’s Daughter is my first book to be published. I have another book called, Chains of Cronus, that I post a weekly chapter to on my blog.