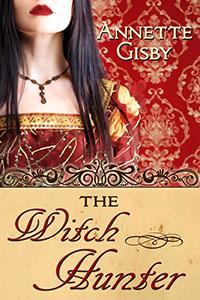 With the death of her father and brothers, Lady Katherine has no protection and is suffering unwelcome attentions from Sir Robert, a neighbour knight who has always cast an envious eye over her father's lands. Now with her relatives out of the way, Sir Robert tries to woo the reluctant Katherine.

After many rejections of his advances, Sir Robert incarcerates Lady Katherine in his dungeons, accusing her of witchcraft and sorcery. Despite the privations of the dungeon, Katherine will not give in and still refuses to marry him, no matter the cost.

One day Sir Robert announces that he has sent for the notorious witch hunter, Lord William Alden and she will suffer the trial by ordeal. Katherine has little to do but wait for her fate, but the witch hunter has secrets of his own…

Win one of 5 copies, just leave a blog comment to enter the rafflecopter draw :)