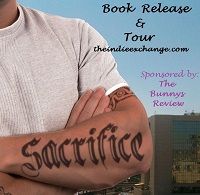 Guest Post
by Coral Russell Sun That You Are

This beautiful ballad is from the Canciones de mi Padre CD. Sun, round and red - like a copper wheel. Daily you are looking at me. Daily you see me poor. Sun that you are - so fair to everyone. As you spread your light - you should teach my boss how to be the same as you. You see me with the plow - later with the sickle. one time on the plains - and another time on the hillside. - © 1987 Daniel Valdez Music/ BMI

This song always makes me cry. It's very simple and short but powerful. I read somewhere that it was used by Cesar Chavez, a Latino American civil rights activist for farmer workers in California, Colorado, and Texas. His birthday is a holiday in those states. The song makes me think about life and how you plod through everything not knowing the outcome. It's emotional but not in a sad way, just an emotional way. How does the song make you feel?

When Mexican drug cartels fight for control along the border, Juarez becomes the murder capital of the world. In El Paso, Texas it's drug business as usual: a grifter sets out to buy her freedom, a car salesman runs drugs to make his fortune, a gang leader battles to rise among the ranks of the cartel, and a detective and his wife are ripped apart by a family secret. Everyone's fate lies in the hands of an old woman. Will she let the past die with her or take revenge the only way she knows how?

Sacrifice is a fast-paced, gritty story that'll keep you guessing, gasping, and gripping your eBook. 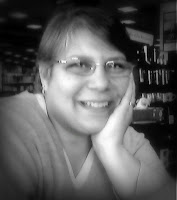 Coral Russell lives in the southwest with her hubby, baby Godzilla sized kid and an adorable dog with which she shares a one-way thermal dynamic relationship. She blogs off and on at alchemyofscrawl -http://alchemyscrawl.com There you can find links to her on Twitter, Facebook, Goodreads, Google+, and email.

Along with her brain buddy, Donna, she volunteers at The Indie Exchange - http://indieexchange.com - a group of authors, readers, and book bloggers who post reviews, articles, and giveaways. Listen in Fridays to their radio show at http://blogtalkradio.com/alchemyofscrawl

Ms. Russell won the 2003 McCaleb Peace Initiative which produced the non-fiction articles Peace on the Peninsula. All profit from the sale of that eBook go to rebuilding Joplin, MO.

Titles available: Sacrifice, Amador Lockdown, Playing with Fire (Devil of a Ghost Tour and Key to a Haunting), Peace on the Peninsula (profit goes to rebuilding Joplin, MO), The DIY Guide to Social

Media Marketing and eBook Publishing, Sweet Trade of the Red Coral and Twelve Worlds (profit goes
to Reading is Fundamental).

Books & Tales is NOT responsible for distributing the prizes. All prizes will be distributed by Coral Russell at alchemyofscrawl@yahoo.com
at March 02, 2013