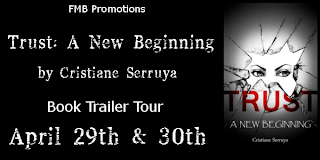 They are beautiful. They are rich. They are strong willed and successful. They have everything, but love. And each one of them has a dark secret looming in their past.

Sophia is a 25 year old Brazilian widow. Intelligent and ravishing, she flees from her own country after a tragic incident. Hiding from everyone and everything, she remains alone, torn between the love for a dead man, the torment of living without part of her memory and the fear of moving on.

Ethan is one of the most important tycoons in the steel industry. As the memory of an awful evening in his adolescence haunts him night and day, he keeps looking for an elusive woman whom he could love - and who would love him - as he never has in all his 35 years... Until he finds Sophia.

Alistair is a 34 year old powerful banker, searching for one–night stands with women who will warm his bed. And that he can punish physically to abate his anger for his late wife's black deeds and his own guilt for being such a debauched man for so many years. Any woman will do, and he has many to choose from, as they all fall instantly for his manly, devilish charming ways.

In Europe, in the months after October 2009, their paths will cross and clash.

This is the first book of the trilogy TRUST, this is an adult contemporary romance lavishly set in a billionaire's Europe, deriving its strength from realistic and dramatic character interactions in their hunt for trust and love.