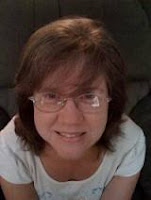 Lisa has several years of experience in the educational field. Not only did she homeschool her two children who are now grown, but she also taught for three years at a local private school.


Her love of reading led her to pursue a career as an author and editor. While a student of Holly Lisle´s “How to Think Sideways” writing class, she became the Fiction Writing editor for BellaOnline. Lisa has edited several books for various published authors. She is the head editor at Silver Tongue Press, and works as an editor for Edit 1st, a manuscript editing service.

Lisa lives on a small farm, located in Beattyville, Kentucky, with her husband, three cats (Tigger, Casper, and Sasha), three dogs (Kronk, Pip, and Precious), and two goats (Snickers and Clover), When not taking care of all of them, her time is spent working on her first fiction book and her first resource book for writers.

I tend to lightly plan what is going to happen chapter by chapter or section by section. As I’m writing, the characters will speak to me and let me know where to take the story. I don’t always listen to them at first, but in the end I do. They won’t go away until I write it like they want.

Yes, if the characters want the story to go in a certain direction, they won’t be quiet until they get their way.

That is not an easy question to answer. I guess I would have to say a steak that is cooked rare and seasoned with sea salt and garlic.

When I was younger, I was a night owl, but not anymore. I love my sleep and like to get up early.

I would like to be able to travel to exotic and exciting places all over the world, but then I want to be able to sleep in my own bed each night. I have lived in England and visited Scotland. I’ve lived in Texas and California. They were all great places to visit, but Kentucky is home. I honestly don’t get out very much. My husband calls me his little brown recluse.

Do distant places feature in books?

No really distant places have been featured in any of my writing yet. I just like to go to the outer limits of my imagination and beyond.

I normally don’t listen to music while I write. I love music and tend to become really involved with what I’m listening to, so music tends to distract me from writing more than it helps me to write.

Sofly and Tenderly is the story of a young girl who sees things at her home and at the funeral home that no one else seems to see. Losing a mother at a young age is difficult in itself, but then having to go to her funeral makes it even more difficult. For Lori, it literally turns into a nightmare.

When I first wrote this, I just wrote it to get it out of my system. My mom died when I was only nine years old, and it was a difficult time for me. The first part of the story when Lori’s mom dies is very lightly based on the morning my mother died. Lori begins to see things even before the paramedics take her mom out of the house, and the situation only intensifies at the funeral home.

I originally ended the story with the death of Lori’s father. The day I finished the story, I got a phone call from my brother. My 84-year-old dad had fallen down the stairs and wasn’t breathing. The paramedics started his heart again, but he never woke back up. Even though he wasn’t pronounced dead until about two weeks later, he was dead when he hit the bottom of the stairs. I went back and changed the ending of my story.

Writing is hard work, and even though it is exciting to finally be published, it is scary. Why? I know there are people who will be very critical of what I wrote.

Is there anything you do differently?

If I could go back years into the past, I would take my writing seriously much earlier. I could make excuses and say that I didn’t have enough time while I was raising my children, but if there is something you really want to do, you will always find time for it.

The people whose work I’ve edited have told me that I need to write. And editing has only made my desire to write grow. Then there are those times I have a story that is literally about to explode inside of me. That is what Softly and Tenderly did.

Never give up, and write what makes you happy. Don’t let anyone talk you out of pursuing your dreams.

I had several of my friends give me words that they believe described me, and I’ve chosen three words from all of those. The ones I selected are obsessive, determined, and reader. My husband calls me his little brown recluse and crazy cat lady, but I don’t think those should count.

Choosing a favorite book or writer is harder for me than choosing my favorite food. Agatha Christie was my favorite author for a long, long time. My favorite story by her would be Towards Zero. The Widower’s Club by Dorothy Cannell would be another mystery favorite. My favorite horror book is definitely Darkfall by Dean Koontz.

I’m working on the next part to Softly and Tenderly, but I only have a really rough draft written of it so far. Below is a part from Whisper, another book I’m working on right now.

She finally started to doze off, then Kristi's sarcastic voice was replaced by another voice, this one much more menacing. “If you tell, I will know. If you whisper to your toys, I will know. And I'll come back, but not just for you. Oh, I will hurt you, but I'll also hurt everyone you care about.” Sammi jumped and sat straight up in bed. No one would believe her. They all thought she was crazy. What would it matter if she told anyone? She knew of only one way to make him go away. Only one way to make him leave her alone. Forever. She ignored the storm raging outside, grabbed her knife, and jumped out her window onto the tree. She hung onto the branch and dropped down to the ground.

Renny saw her go and she crawled as fast as her little legs would take her back out onto the tree. Now was her chance. Now was her opportunity to get into Sammi's head, to gain Sammi's trust.

As Renny crawled down the tree, she watched Sammi just stand there in the pouring rain. During a flash of lightning, she saw Sammi's hand went into her pocket, and then it came back out empty. Her mind apparently made up, her hand reached again into her pocket, then came back out empty yet again. As the thunder crashed Sammi's fingers kept moving, they couldn't seem to stay still. Another flash of lightning and her hand disappeared into the pocket; this time she pulled out a knife. Her hand shaking, she stood there and just stared at the knife in her hand.

Renny scurried down the tree. It was time.

I am the Fiction Writing Editor for BellaOnline. The address of that site is http://fictionwriting.bellaonline.com/  I publish at least two articles each week.