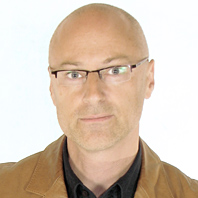 
In a certain sense, I hope they do dominate the page. I think the reader does like to identify with believable characters.

For me, Lewis Schofield is the story.

What I miss most about not being in the UK is a traditional English fry up. So, when I’m there, bring on the bacon and sausages!

Definitely a morning person when I’m writing with a strict routine of working and dog walking. I don’t write in the evening and it’s too exhausting to write seven days a week. I make sure that I always have one day off.

I’ve accepted a job at an international school in Lusaka, Zambia and will moving there shortly. It’s sure to be an exciting experience. It’s quite possible that I’ll end up in the Far East at some point. I recently lived in Germany to learn the language and wrote two manuscripts. I’d go back there tomorrow.

Yes. South America: Peru, Colombia, Mexico. It’s much easier to write about a place if you’ve actually been there. I rarely use descriptive passages, but when I do, I like to make certain that they feel authentic.

Never. I can only concentrate if it’s quiet and Sepp, my German Shepherd Dog isn’t bothering me! But, to be fair, he just waits for me patiently...

The Amber Room plot links a stolen treasure with a Cold War conspiracy involving the British establishment and lands Lewis Schofield in the middle of it – with a price on his head.

About the writing: I never knew I could do it until i tried. It’s about learning the process and making sure you can get to the end of the first manuscript. Pegasus helped immensely with the publishing and for that I’m grateful. In the few short years that I’ve been writing, the rise of e-books has made it easier to get published. Thankfully, the need to find an agent will diminish.

Difficult to answer. The greatest concern I had at the beginning was making a mess of the plot and then having to re-write half the manuscript. So far, this hasn’t happened and it’s true, the plot really does tend to take care of itself.

Probably my former career as an A Level History teacher. My knowledge forms the basis of my plots and, from here, it’s easier to proceed to the research.

Learn the process of what a 100,000 word manuscript involves. Once you’ve done that, you’ll understand. Be disciplined when you write and just get on with it! I wouldn’t want to be writing for 2 to 3 years to produce a manuscript. And many aspiring authors who do this probably don’t get to the end of the story and, therefore, don’t learn the process. If you plan on sending your double-spaced manuscript to an agent, remember that you have just three, yes three, pages to impress – if not, it goes in the file 13: the bin.

Horror books I read when I was young. The Devil Rides Out by Dennis Wheatley.

Book One of The Ore Mountains trilogy.

Broke cocaine addict Chris Scanlon is lured into accepting a bizarre job in a London pub.

The reward: a chance to pay off his debts, wean himself off his drug of choice and be reunited with a mother he hasn’t seen for eighteen years. The catch: he must infiltrate the former Uranium mine in the village of Sachsendorf in eastern Germany to determine whether or not it is back in production.

What he finds is a distrustful community and a remarried mother he barely remembers hiding a secret past.

Approached by a Russian running the nocturnal operation at the mine, Chris is paid to deliver a package to Krakow. He discovers that he is carrying a hollow wooden figure secreting a mysterious powder. After gaining the operators’ confidence, he unearths the shocking truth. Not only is high quality Uranium ore being extracted, it is also being ground and milled into Yellow Cake, the precursor required for gas centrifuges and conversion to Highly Enriched Uranium. But who is really in control of the mine and which country will receive the secret shipments?

Chris must balance his undercover surveillance of the mine and an increasingly hostile village as it divides between former supporters of the Communist regime and those people who were opposed to it. But it isn’t always possible to know where allegiances lie. And just who is the village informant that tipped off the British Secret Service?

A suspicious landlady at the Pension, a former Stasi grass and love rival of Chris’s mother, takes a dislike to him - with disastrous consequences. She joins forces with Chris’s seventeen year old half-sister, whose sexual advances he has humiliatingly spurned. Together, the two women plot his downfall.

The pressure builds as he plans his escape with proof of the Yellow Cake production.

Effectively trapped in Toyland, an explosive confrontation looms at the mine…

The Fuhrer Directive, The Mengele Journals.