Book Spotlight: Shot in the Dark by Jennifer Burrows

Most of the patients that are brought to the trauma bay in the ER remain nameless, and for the most part, faceless.  For Laney Pearson and the rest of the staff, this makes it easier to move past the senseless death and destruction that they see on an almost daily basis.  But all of that changes for Laney when she finds herself trying to pump the life back into a young motorcycle rider who arrives by helicopter more dead than alive.

Skyler Smith has all the makings of the next great motocross rider, right up until he crashes while trying to perform the trick that will secure his future.  From the time his motionless body is lifted off the track, the question becomes not when his next race takes place, but whether he will live to see another day.  And now there is mounting evidence that the tragedy was no accident

Laney can never envision this boy’s crash and the ensuing investigation will have such an impact on her own life, but in the days that follow, she discovers a life within her she never knew existed.  While the police sort through the mounting evidence from the crash, Laney has to sort through her own feelings for the handsome trauma surgeon that she previously never gave a second thought.  Is he really as charming as he seems, or is there another reality hiding beneath the surface?  And just how long has he been watching her?

Laney stared at the television on the wall noting the ESPN announcers talking about the day's football games highlights. She barely noticed the man that slipped in the barstool beside her. She probably would have ignored him all together except the wonderful smell of his cologne made her tune in to the fact that there was someone sitting next to her. It was the same smell that permeates the Abercrombie and Fitch stores. Oh God I love that smell. She felt a warming sensation between her legs and was startled out of her thoughts when he turned towards her.

"You should probably eat something if you are going to drink like that."

Laney turned her head towards the voice of the wonderfully smelling man and was shocked to see Dr. Stone sitting next to her. She instantly turned bright red, embarrassed by the thoughts that had crossed her mind just a few seconds before.

"Laney, it's never good to drink on an empty stomach."

Annoyed, Laney responded. "I didn't realize that I asked for your professional opinion".

Dr. Stone looked a bit taken back by her sharp tongue. Laney instantly regretted what she said and the inclination of her voice.

"I'm sorry; I didn't mean it like that. It's just.it was a really rough day."

The bartender appeared with the Grey Goose and soda. Taylor looked at Dr. Stone admiring him as though she could have him for dinner. Laney looked at Taylor checking out Dr. Stone and then looked at his reaction. He didn't even seem to notice that she had been checking him out. I can see why everyone is hot for this guy. He is pretty hot.... in an asshole sort of way.

"And what can I get for you?" Taylor nearly crawled over the bar as she was getting Dr. Stone's order.

"I'll have what she is having".

Now looking a little caught off guard, he turned his attention away from Laney and replied, "Josh. My name is Josh."

Taylor redirected her attention towards Laney. "Laney, is the good looking man your date for the evening?"

Laney looked at Dr. Stone and then back at Taylor and retorted. "Absolutely not."

"What a shame. A good looking guy like this will be snatched up quickly. So Josh, one Greygoose and soda coming up. Will there be anything else? Maybe a menu or maybe my number?"

Laney looked up stunned by the directness of the Taylor. She had never actually seen Taylor act this way towards any of the patrons. How rude! What if he were mine? Okay Laney, cool down. You did say that emphatically that he was not yours. She took a look at Josh who seemed to not even have noticed how easily the waitress asked for his number. As the shock wore off, Laney noticed how handsome he really was and felt a pang of jealousy begin to develop. His deep blue eyes were the color of the Caribbean and utterly electrifying. His dark brown hair was short and perfectly manicured. His olive colored face had perfectly chiseled features and his lips... so darn kissable. He was out of his scrubs and dressed in jeans and a tight fitting black silk t-shirt that accentuated his large biceps and unbelievable pecs. How have I missed this for so long?

"Ah, I'm good for right now," he stated without even batting an eye. It's as if getting asked for his number was part of an everyday conversation for him. Maybe it is. Laney thought to herself.

"Let me get you some dinner" he offered.

"No, thank you. I am not hungry. And no offense, but I prefer to be alone after a rough day at work."

She took a large sip of her drink and looked up at Josh. His big blue eyes piercing right through her made her catch her breath. What am I thinking? I have this gorgeous guy next to me, and all I can think about is being alone and drowning my sorrows into this glass. What is my problem? Laney, you know he's a jerk. Well maybe that is just the way he is at work.

"I'm sorry, Dr. Stone. I am being selfish. Your day wasn't any better." He flashed a million dollar smile at her that would have swept any woman off her feet. She however was not willing to give in that easily. She was not ready to let go of her already formed opinion of him.

"No problem Laney. If you want to be alone I completely understand. I hope that you will decide otherwise. And please, call me Josh. We aren't at work."

Just then, Taylor walked up with Josh's Greygoose and soda. Laney took a sip of her drink and began stirring it with the little cocktail straw in the glass. She squeezed the lime to produce a couple more drops in her drink in an effort to distract her from the fact that Dr. Stone just told her to call him Josh. It didn't feel quite right. She had always known him as Dr. Stone.

"For what it's worth, Laney, you did a great job in there today."

"I would say that we both saved his life. He wouldn't be here without you pounding on his chest keeping his heart going. And I really like that move where you had straddled Skyler on the gurney doing CPR while rolling into the OR. If the situation weren't so horrible, it might have been slightly comical."

Laney's cheeks flushed. She wasn't used to taking complements especially not from someone she found so attractive. Laney downed the rest of her drink, threw down some money on the bar and stepped out of her chair. Laney knew that she shouldn't drive after having a couple of drinks. But, her judgment had become slightly clouded and, she knew that if she stayed there much longer, she might get herself into some trouble.

Josh stood up from his chair and grabbed Laney's arm just as she turned to walk away.

"Laney. You just had two very strong drinks in the course of just a few minutes. And, you didn't have anything to eat. You shouldn't be driving. You of all people should know better."

"Excuseme, Dr. Stone, but I think I am very aware of my limits,and I don't need you to act like my dad!" Laney pulled her arm away and started to turn back around.

"Laney, at least let me get you some dinner or an appetizer. It won't take that long and you'll be back home and in your bed before you know it."

"I appreciate your concern. But, I am ok. I'll hit a drive thru and grab something to eat." She continued to head out the door. She looked back over shoulder to find him with a shocked expression on his face. She continued out the door and unlocked her BMW with the controller, got in and started her car. Just as she was starting to pull away from the curb, Josh knocked on the window. Laney pressed the button to roll it down.

"Laney, how about I drive you?"

"I told you, I have to work tomorrow. I don't have any way of getting my car to get to work."

"I could pick you up in the morning to get your car." 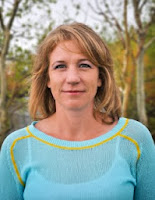 
Jennifer is a Registered Nurse, and she holds a Master’s degree in Nursing Administration.  She has 15 years of experience working in the Emergency Room and the Intensive Care Unit of a major trauma center.  While she is equally adept at all facets of patient care, Emergency room nursing is her passion, and is the inspiration for this story.  Currently, she resides in Southern California with her husband and their three amazing boys.  This is her first published novel, with the sequel expected soon.