Book Spotlight & Guest Post: Hers to Cherish by Patricia A. Knight

When Ramsey DeKieran, disgraced nobleman and accused murderer, was offered a pardon Ram knew there'd be a catch. The High Lord of Verdantia offered him a clean slate in exchange for the off-world rescue of a Verdantian noblewoman – a suicide mission that had already cost the lives of good men. The one redeeming feature was the assistance of the stunning captain of Verdantia’s elite mercenary team.

For Captain Steffania Rickard, assisting DeKieran in the rescue of a woman critical to the future of Verdantia would be difficult enough. The rouge tripped all her triggers – good and bad. Infinitely worse, to fit into the culture of Vxloncia, she must pose as Ram's sex slave. The sexually dominant Ramsey was nothing if not perceptive and Steffania doubts her carefully disguised and deeply hidden desires will remain concealed.

Their mission takes on new meaning when they unmask a heinous program of enslavement, long cloaked in secrecy. Together they must find a way to overcome their initial animosity and recover a woman vital to the future of their race. Together, they would have to bring a malicious entity to justice.

In the maelstrom of sex, savagery, domination and submission, Ram and Steffania will need all their wits and strength to survive.

Patricia A. Knight is the pen name for an eternal romantic who lives in Dallas, Texas surrounded by her horses, dogs and the best man on the face of the earth – oh yeah, and the most enormous bullfrogs you will ever see. Word to the wise: don’t swim in the pool after I love to hear from my readers and can be reached at http://www.trollriverpub.com/ or  http://www.patriciaaknight.com . Or send me an email at patriciaknight190@gmail.com . Check out my latest “Hunk of the Day,” book releases, contests and other fun stuff on my face book page: https://www.facebook.com/patricia.knight.71619


The Lost Art of the Insult—or—How to Write a Bad Review
by Patrica A. Knight

I despair at today’s critiques. If authors are supposed to write to the average level of our reader – 4th grade – how are we ever going to get truly well-written bad reviews? It has become a dying art. It was not always this way. There have been deadly clever and deeply scathing comments on books, plays, opera and on and on.

George S. Kaufman, one of American’s foremost comedic playwrights and literary critics, summed up a review of a fellow playwright’s work with the following acerbic comment:

“I understand your play is full of single entendres.”

Wow. Kneecapped. Of course, you do have to know what an ‘entendre’ is and how it is commonly used. I don’t think they covered a French colloquialism in 4th grade English.

Kaufman was on the receiving end of some zingers, too. Dorothy Parker, noted American wit and author once commented on a play Kaufman directed: 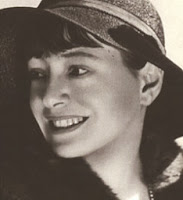 “This play is so poorly directed it wouldn’t
fill the house if it was the
Last Supper staring the original cast.”

This of course presupposes that you know what the Last Supper is and who sat at the table.

If according to "Jay Walking", young people have trouble identifying the Eiffel Tower or the White House I doubt that a reference to the classical painting of Jesus and his disciples by Leonardo da Vinci is going to compute.

Here is Parker, again about one of Kaufman’s leading ladies (Katherine Hepburn):

“She runs the gamut of emotions from A to B.”

Ouch. But one has to admit, that’s a clever insult. And I could go on and on with “Parkerisms”:

An oblique way of saying the author was in love with herself if ever I heard one. Of course, you could have written the book that Ambrose Bierce said this about:

“The covers of this book are too far apart.” 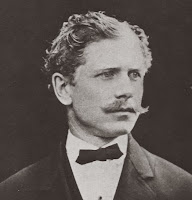 And even famous classics have come in for their share of scathing put-downs (pun intended).


“Paradise Lost is a book, that once put down, is very hard to pick up again.”

But! Hope is on the horizon. I have discovered that Goodreads has a “favorite review” contest every year and started to peruse the various reviews. I came to a startling conclusion. “Gifs” (you know those files that show moving clips of movies or characters doing funny things) are being used to illustrate reviews. Some of them are extraordinarily creative—and howlingly funny. For example check this out: https://www.goodreads.com/review/show/340987215

So, perhaps originality and wit has not been lost after all. It has simply taken another form. Like the written book, reviews have simply gone digital.