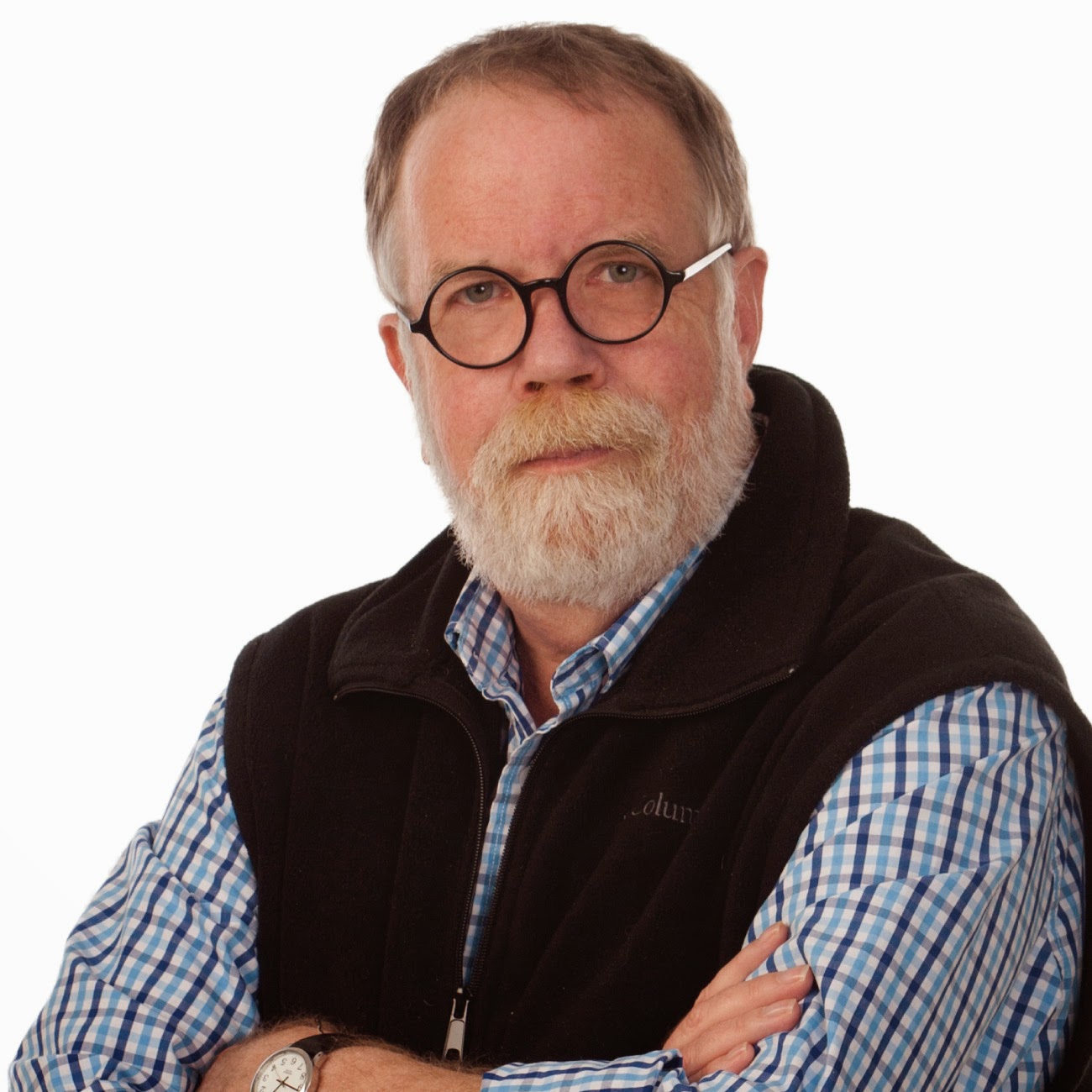 Steven Hicks came to Mississippi in 1974 and spent the next quarter century writing for various advertising agencies, including his own. He wrote commercials and print ads about hot dogs and other baloney, used cars, barbecue shacks, sunscreen, banks galore, white bread, undertakers, churches, casinos, turkey calls, finger-lickin’ chicken and symphony orchestras. Some of the work was thoughtful. Some was funny. Most was neither.

During that period of time, he earned the enmity of his competitors and peers by being named Mississippi’s top copywriter nine times, winning six certificates of excellence in the International CLIO Awards, over 150 ADDY Awards, Radio Mercury honors and being included in Who’s Who in American Advertising.

A major portion of his advertising and marketing income came through his work as a political consultant, engineering the media and messaging efforts for more than six dozen campaigns, culminating with the POLLIE Award for best statewide/national commercial from the American Association of Political Consultants in 1989.

While the embarrassing abundance of honors mean next to nothing to Hicks, the education he got through the process meant everything. He learned how to write what people like. He learned to write with economy and clarity, because consumers won’t buy things from long-winded peddlers of perplexity. He learned when words have to be polished and when they’re best left plain.

Through it all, people kept telling Hicks he should write books and he kept saying, “Maybe one day,” until the day came when a near-fatal stroke in 1997 forced him into an eyeball-to-eyeball confrontation with his own mortality, and he realized he wanted to be remembered for something more consequential than gimmicky commercials.

There was only one hitch. The stroke had taken away his ability to read.

For the next thirteen months, Hicks stubbornly stared at newspaper letters until he could form words, read sentences, then paragraphs, and finally had the ability to once again read novels, albeit at a far slower pace and with cognitive problems enhanced by lingering reading difficulties stemming from alexia, an aphasia problem caused by brain lesions.

It made the headstrong Hicks more determined than ever to take a shot at those novels people had been encouraging him to write for years.

Ten years and eleven revisions later came his debut novel, The Gleaner, a trans-racial romance set in a sleepy Mississippi whistle-stop. In a competition of 5,000 entries, The Gleaner was named a quarter-finalist in Amazon.com’s prestigious “Breakthrough Novel” competition. Upon its heels came two comic novels in 2009, The Fall of Adam, a satire of Deep South advertising, and Horizontal Adjustment, a farce about sexual escapades among competitors for a news anchor position in a tank town television station along the Florida Panhandle.

Deciding to take a breather from novels, Hicks started publishing New Orleans restaurant guidebooks on an annual basis in 2011, all of which have become mainstays on Amazon.com’s list of the 100 top-selling books about world dining.

In May of 2014, Hicks published his fourth novel, Destiny’s Anvil, which marked a stark departure from the breezy style of his earlier works.

“The final product is the polar opposite of the novel’s original intent. It is dark, violent bordering on savage, as it strips away the veneers of not only politicians, but the entire American political system. At the same time, it moves with the furious pace of a thriller overflowing with cliffhangers,” says Hicks.

Steven Wells Hicks currently resides in Jackson, Mississippi but is in the process of moving to New Orleans. To learn more, go to http://stevenwellshicks.com/

I’ve tried to write from an outline, and I just can’t. For me, the process of writing a novel is so long and tedious that as a story unfolds, the book keeps reinventing itself for the better. I’d be God’s own idiot to doggedly stick with my first thoughts and plans when a better novel is evolving throughout the process.

My characters are always making attempts to hijack the story, and I let them. It may be my name on the spine of the book, but it’s their story that becomes the backbone of the novel.

I dream of journeying the plains hidden within the clouds above Kashmir, perhaps by elephant, because that’s where the world’s finest saffron is harvested.

My first novel takes place in Port Jefferson, Mississippi, but ends in the monarch butterfly fields in the Mexican highlands. My newest novel, “Destiny’s Anvil,” takes place in the Louisiana bayou country, but a pivotal episode takes place atop a cliff overlooking the Amalfi coast on the Mediterranean. When you put novels in the hands of your characters, you have to go wherever they want to take you.

Most of the time, I’ll have Bach on low, but it depends upon what I’m writing. Currently, I’m working on a novel in which the principal action takes placed in a New Orleans saloon, so I’m listening to a lot of jazz and piano blues.

“Destiny’s Anvil” is tale of increasingly brutal revenge between the Attorney General of Louisiana and the political puppet master who built his career. One man has power, the other a fortune and they share a common desire: to steal what the other has and make it his own. Of course, there’s a mercurial woman involved to complicate matters, and a patrician trial lawyer to try and iron things out, plus the whole story is told by a narrator who has been betrayed and whose words cannot be totally trusted.

If you ever want to become any good, it gets harder every day because you raise the bar every day. If being the best in your genre isn’t important to you, go find a line of work that’s easier and pays more.

Probably everything if I stopped and gave it any serious thought.

When I started as an advertising copywriter in Atlanta, I worked for a man who scared the crap out of me. He was both a stern taskmaster and coach who pushed me in the right direction. He made me conscious of the true craft of writing and taught me both instincts and habits that have proven to be the foundation of my forty-year career.

Stop daydreaming and get to work. If you go to work everyday, the dreams will take care of themselves. 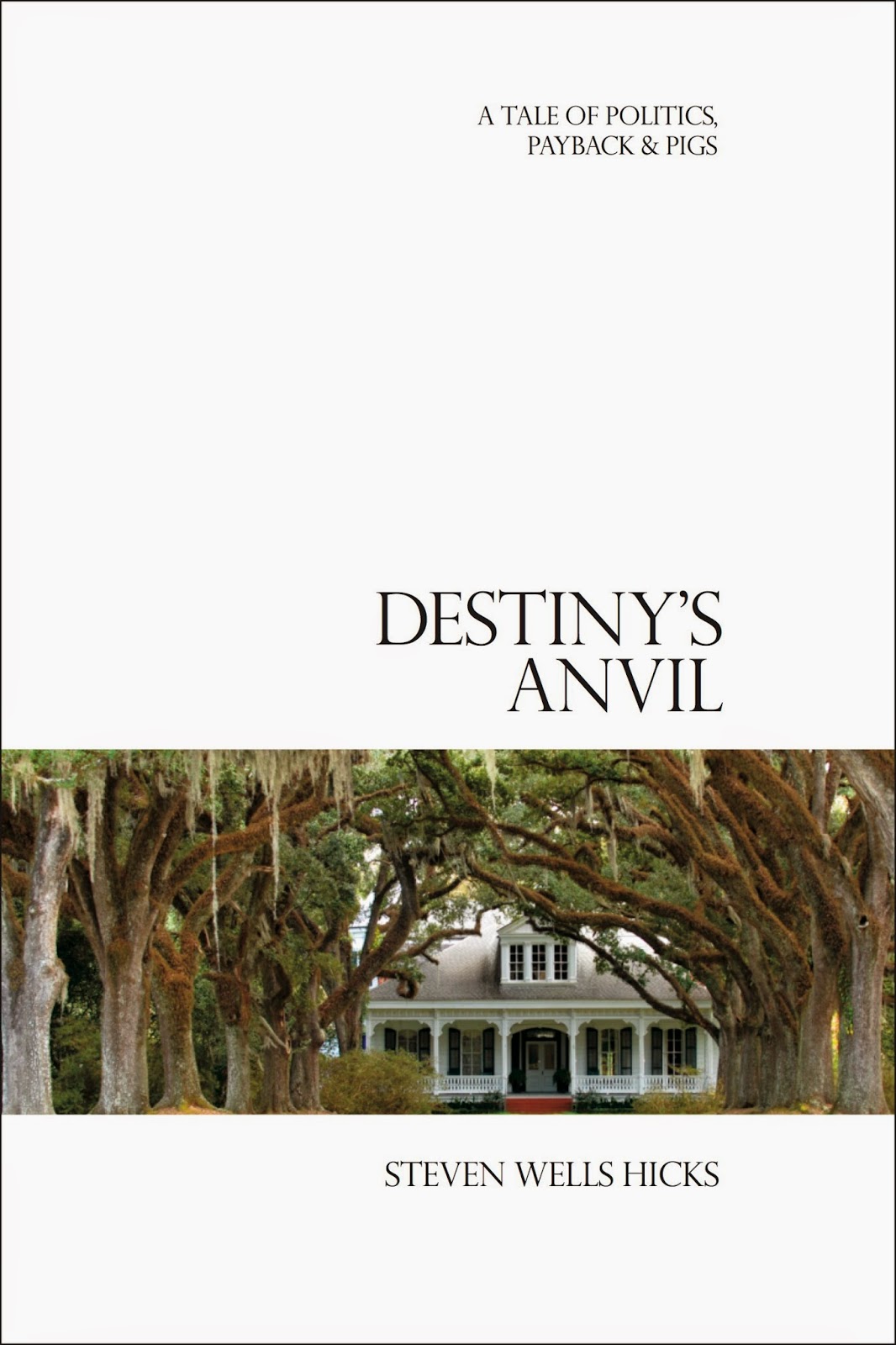 Destiny’s Anvil is a classic tale of revenge between a sociopathic politician and the campaign puppet master who unleashes him  on the people of Louisiana. Written from an insider’s experiences in the back rooms of hardball Dixie politics where cold-blooded payback is coin of the realm, Destiny’s Anvil is at once a sharp-eyed examination of the seamy underside of America’s elections and a freewheeling yarn in the grand Southern tradition.

Will Guidry’s career as a backwater lawyer is going nowhere until he has a couple of beers with up-and-coming political operative Tucker Callahan, whose family’s petrochemical fortune instills in him a confidence bordering on hubris. As Tucker explains to his rudderless brother, Carter, “Guidry and I made a deal because he needed a miracle and I wanted to play God.”

Guidry rides Tucker’s political horse sense into the office of Louisiana’s Attorney General, while Tucker capitalizes on Guidry’s victory to bolster his own political reputation. But what should become a powerful alliance deteriorates into a bitter feud when Guidry tries to flex his political muscle and Tucker suspects he may have maneuvered a calculating sociopath into the marble halls of power.

Caught in the crossfire is Carter, the story’s narrator. Devastated by betrayal at the hands of his brother and the woman he loved for a lifetime, a brooding Carter remains content to watch the power struggle between Tucker and Guidry from the sidelines. Everything changes when he stumbles on the charismatic attorney general committing a monstrous crime, and finds himself drawn into the vortex of his brother’s private war.

Racing from a bungled execution through ruthless political payback and a no-holds-barred courtroom showdown, before culminating in a bloodbath by the side of a bayou, the stakes continue to rise and Carter finds his small-town naiveté peeling away. Replacing it is a mounting dread of what will happen when the hammer of Fate meets destiny’s anvil.