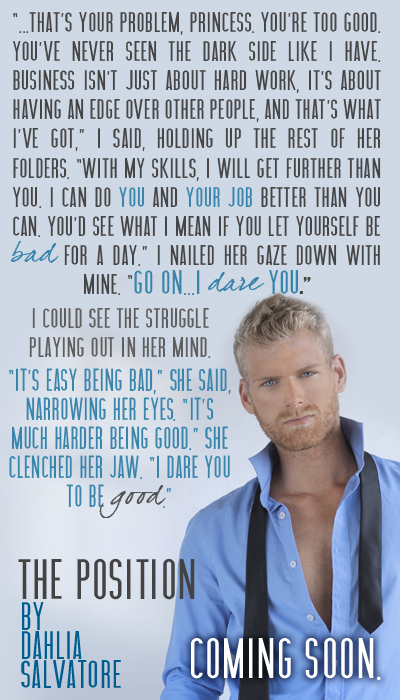 Dylan Farrow puts on his pants every morning one leg at a time, just like everyone else at the Kerrigan Advertising Agency. He handles high-pressure projects with a fast turnaround. He’s prized for his keen intellect and admirable performance. But how did he get where he is today—to the level of Junior Executive of Design Production?

Well, that involves how he takes his pants off...

Hoping to break through the glass ceiling under which she’s been trapped for years, Valerie Caplan picks up her life and moves to Seattle. After hearing about the position of Senior Executive of Design Production from an art director at Kerrigan, she decides to apply. When she lands the big interview, she never thinks for a minute that she’ll have any serious competition. She assumes that she has the job in the bag…until she discovers that the only competition has something she doesn’t have—the willingness to go outside the office to impress Danica Stewart, their uptight female boss. 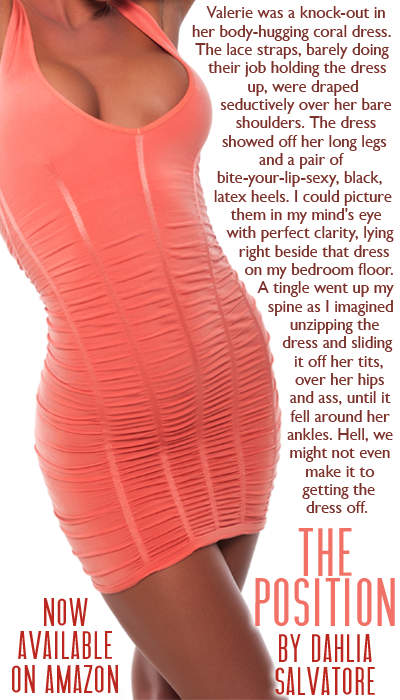 Dahlia Salvatore is a thirty-two-year-old female author living in Seattle, Washington with her husband. She comes from Coos Bay, Oregon and moved to Seattle six years ago. She loves the west coast and doesn’t see herself anywhere else.