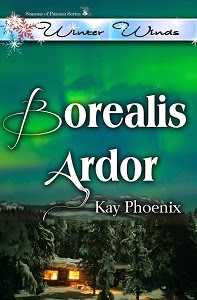 Lauren Madison’s life started unraveling at a speed too fast for her to keep up with. Every truth she had taken for granted was torn away, and the pieces that were left painted no clear pictures at all…only more confusion.

The only pillar of strength in her fragile life was David Wagner, her bodyguard who was placed in witness protection. But, what had he seen that day, and why couldn’t she remember?

She had no choice but to run. And if her life was threatened again, who would be there to protect her?

“You shouldn’t be here, Lauren.  Leave quickly.” The voice stopped me in my tracks.  It was David’s voice, in my head.  But, I shrugged it off and walked forward until I saw the new stone and the rectangle of earth in front of it that had noticeably less pine needles than the surrounding area.

I knelt beside it.

“David Alan Wagner.  Beloved Son, Brother and Friend.”  The lines of the letters were etched deep and black, contrasting heavily against the light grey stone.  I gently lay the roses down and traced the letters with my finger.  There was a cross carved below the words.  I ran my hand along the entire edge of the top of the stone, feeling the rough edges in contrast to the freshly polished front and back.  I wondered how long the stone had been there.  Dad assured me he had taken care of the funeral expenses, and he must have made sure there was a rush order on the headstone.  There was a fresh bouquet of white roses lying at the base of the stone and it made me feel deeply saddened for his family, as well as for him.  As much as dad irritated the living hell out of me with his overprotective gestures, if I had to disappear forever and have him think I was dead, it would break my heart.  After we lost mom, we were all the family we had.

I loved David with my whole heart.  Even though we had only been together for two of the six months that he was assigned to me, I knew that he was the “one”.  I just knew it.  There was no explanation.  And, I was the “one” for him as well.  But, now he was gone, and it was unlikely that I would see him again, at least not any time soon.

I reached up to trace the “D” again and saw a strange light flash across the polished surface of the stone, which I realized with horror to be a set of headlights.

Who would be coming to a graveyard at this hour? Besides me of course? Teenagers with a Ouija board and bottle of Strawberry Hill wine in tow, perhaps?

I could take no chances.  I could have been followed. Ms. Phoenix is a lifelong resident of Las Vegas, Nevada.  She serves on the board of the Las Vegas Romance Writers and is also a member of the Kiss of Death and Women’s Fiction chapters of Romance Writers of America.

In her spare time she enjoys hiking, camping and photography and is pursuing a Bachelor’s in Psychology.  She is also a member of the Vegas Artists Guild as a photographer.  Prior to writing, Kay was a Graphic Artist for 15 years in the casino industry.

Kay writes in the contemporary and paranormal romance categories, as well as non-fiction articles.  Please visit her website at www.KayPhoenix.com.