1. Meeting my husband – My husband’s cousin brought a wild horse and wanted me to tame it for them. So we set out with a horsebox and a single cab to go collect this crazy horse. But I was a rebellious tomboy that didn’t want anything to do with a city boy. So I chose to ride in the horsebox and avoid him. The next thing I knew he was climbing into the horsebox with me and ensured that I started noticing him. Today we have been together for eighteen years, and married nine years.

2. Our Fist date – After the horsebox thing, my husband with my brother’s aid forced me to go to a party. I went, all blooming mad of course, and slept over at his cousin’s girlfriend. About 4 am the next morning we were dragged from the bed, forced into clothes and off we went. We ended up next to a road to barbeque early in the chilling morning. I had no coat on and that’s when the city boy decided to make his move and warm me up.

3. The birth of my two sons – both my sons were born in fall. I have some amazing memories of their first fall in this world.

4. Writing my first novel – I wrote my first novel of Kasadya in fall 2011, most of the time inside due to my new born son. But I will never forget how many times I deleted a scene and rewrote it. I must have written ten books when I was finally done and satisfied.

5. Cape Town visit – My husband took me to meet his parents in Cape Town; we had a great time touring CT and seeing where he grew up.

6. Horseback riding – We would saddle up early in the morning and then set off for the whole day of just riding. Some days we would reach the house just as the sun set. I have some of the most amazing memories of these times.

7. Playing on the farm – When I was very young my cousin and I would venture out on the farm and play until we were hungry enough to go back for some food. We would go on amazing adventures exploring the farm.

8. My first cattle drive – it was so amazing driving hundreds of cattle from on farm to the next. I had a few freaking scary moments, but it was amazing.

9. Breaking my first horse – I remember falling into a pile of leaves and I was covered from head to toe, and the damn horse went running away. When I finally caught him, I just decided that today I will ride you. At the end of the day he was calm, relaxed and not throwing me off.

10. Reading outside – I have hundreds of these memories. I would go outside, find a tree and just get lost in another world. Sometimes I would be so lost that someone had to come and get me. 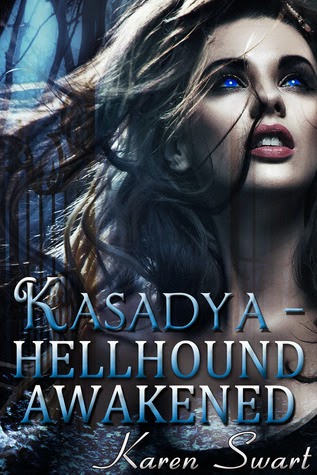 In a constant battle between good and evil, evil is dominating the battlefield and leading mankind to its destruction. With our Creator's intervention, a creature destined to conquer and destroy is created. He gives mankind hellhounds to fight back and reclaim freedom.

Join seventeen year old Kasadya Levourne as she fights against evil to protect us. With each step, she faces destruction, and yet she has the talent to give it back tenfold. Stubborn and hard-headed she makes her mark in the Fallen world and starts a battle none can escape. Not even her trainer, the very attractive Chax de Luca, was prepared for her presence.

Will evil prevail? Or will Kas and her Fallen friends succeed in protecting us against it? Hold on to your seats, this is going to be one hell of a ride.

Special Note:
The Kasadya Series should be read back to back,
books 1- 3 each end with a cliff hanger. 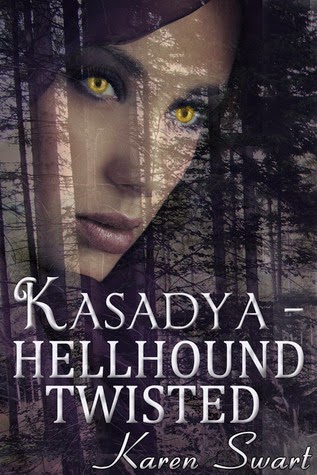 Kasadya is back in Exsilium and finds her world a little different. Her half-breed fallen friends join her, and they are ordered to complete their apprentice training in order to obtain the right to be guardians. She must learn that her own fate cannot be denied and that others are set to follow. But most of all, she must learn that to trust is the greatest battle of all.

The tables are turned and Kasadya is put to the test. Will she be able to prevent her own death, or that of a friend? Or will her actions call forth the destruction of Earth and Exsilium?

For a Phoenix to rise, it must first die. —Chax De Luca 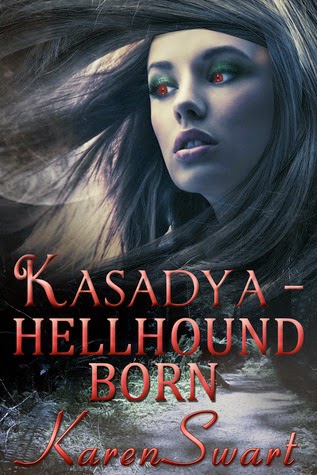 In a world filled with evil, the Fallen prepare for the ultimate battle against the demon world!

Kasadya is ordered to unleash her crazed born transformation to complete her divinity. But there is a chance that her born will be uncontrollable, and she will be destroyed. There is just one person that can save her; her charm, her destined mate.  Left without a choice, she must surrender, and place her life in his hands.

In a race against time, the Fallen must stand together and fight the evil threatening to invade earth. If her divinity was in reach, victory would be theirs. That is until she starts having visions of the final battle, and her true destiny is revealed. She just found her love and place in the Fallen world; will she be able, and willing, to sacrifice it all? 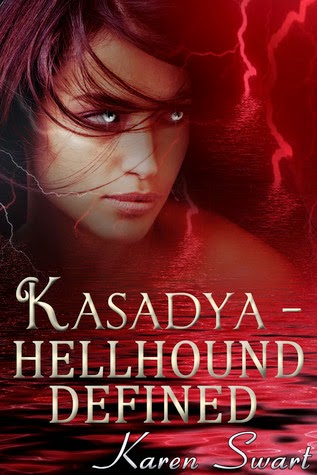 For centuries his only reason for existence was to destroy evil.  But when he finally found his mate, that all changed for the deadly Chax De Luca. When the hellhound Kasadya captured his heart, he surrended it to her, thinking he’d finally found what he’d been looking for. Little did he know that his mate would sacrifice herself to save them all.

His fury is legend. His wrath, merciless. His love for his mate, undeniable. He’s going to hell to retrieve his heart, and if that means that he must destroy hell itself, then so be it.

Kasadya awakes to a world in peril, her mate forever changed, and a war filled with evil creatures intending to enter Earth’s realm and destroy all that she holds dear. Can she complete her divinity in time to save her loved ones and mankind? Will she have to choose? Or will all be lost in the final battle?

The final battle is here, and with it, secrets are revealed and worlds are changed forever.

I am a complete book addict, and really proud of it. My entire world is made of books. From reading to writing to blogging to helping other authors. A day without my world of books would be impossible. I am a mother of three, two boys and a little princess. Happily married for 8 years with my high school sweetheart. I live in South Africa, just on the rims of the Kalahari Desert in a small town with one shop and friendly faces.