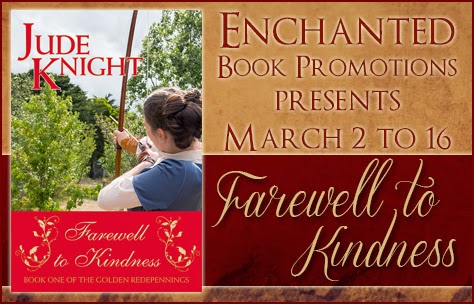 Guest Post: The rules of genre
by Jude Knight

As a reader, I have never been very fond of the way that the book industry divides books up. In book shops. In libraries. Real fiction here. Mysteries, Westerns, Romances, and SF off in their own little ghettos over there. Yes, I know they did it (and some still do) to help readers who have a passion for a particular type of story. I get that.

But I objected for two reasons. First, for myself — as an omniverous reader of all types of fiction. Back before the days of online catalogues, library visits had me scurrying all over the building: sf, mystery, general, romance, young adult… Good exercise, but all the moving around ate into precious lunch break time that could have been spent reading.

Second, for the writers. And now that I am one, I’m finding this argument even more compelling. What if you write historical mysteries with a touch of the paranormal, plus a central mystery and a romance between the two protagonists? What if the book is set in a 19th century western scene on an alternative Earth? What if your protagonists walk away from one another at the end, but three books full of thrilling adventure later finally have their happy ever after? How do you categorise your genre?

Okay. That might be an exaggerated example, but I hope it makes the point.

I don’t have a problem with defining my books as romance, using the definition given by Robyn Reader in a post on Dear Author [http://dearauthor.com/features/letters-of-opinion/too-many-rules-too-little-romance/]:

"Romance, as a form, has come to be known by three main elements: a) a romantic love story, b) that is central to the narrative, c) and resolves in a happy ending for the lovers. But within that form are many formulae."

And since they are set in history, they are historical romance.

But let’s not use how they are defined to confine them, okay?

Two years ago, when I settled on a series of stories set in late Georgian England, all with a romance that ended in a happy ever after, I started reading craft books and met The Rules.

I’ve been in a lot of discussion about The Rules. I’ve talked with people who are bothered that they’re breaking The Rules (perhaps by having a rape, or introducing too much historical detail, or telling the story from the point-of-view of another character, or keeping the protagonists from meeting early on). I have myself met The Rules in the form of an agent, who told me that my characters couldn’t marry till the end of the book, because marriage was the happy ending; in the form of a reader who wanted me to delete my secondary romance and another who objected to the delay in that all important first meeting; in the form of book snobs, who say they don’t read romance because it is formulaic.

In the Robin Reader post I referenced above, the writer says:

"But here’s the thing: genre itself is about formal limits. Genre is definition, delineation, recognizability, consistency, reliability. Genre is as much about what doesn’t belong as what does, and as with most delineating structures, its boundaries are most easily seen when they’re being tested. Formula is the same way, only on a narrower scale. Formula is like form within form, a further delimitation of narrative within genre. In the same way that all genre is form, all genres contain formulae."

Here’s the thing, selling books, while unlikely to be a lucrative career option, is certainly better than not selling books.

But I don’t write to please you. How could I? Which one of you would I please? I write to tell the stories of the characters that are frothing up from my brain. I write the kinds of stories I want to read. And I self-publish, so — while I seek the opinion of beta readers, fellow writers, and others whose opinion I respect — I don’t have to negotiate publishing gatekeepers.

As long as my stories fit those three basic elements (a romantic love story, central to the narrative, resolving in a happy ending), I’ll keep calling them romances. If I write mysteries, I’ll happily follow the five rules of the mystery genre
[http://fmwriters.com/Visionback/Issue9/mystery.htm].

And if I write sf, I’ll know the question (the ‘what if’) I’m proposing as context, and I’ll ensure my answer conforms to the rules of whatever physical universe I postulate. If you like sf, you might enjoy this list of 10 rules [http://io9.com/5879434/10-writing-rules-we-wish-more-science-fiction-and-fantasy-authors-would-break]. All of which have been broken by one or more amazing books.

Do those rules make sense to you? Would you add any? Delete some?

I’m not promising to follow any other rules. In fact, being a second child and therefore rules averse, I’ll be going out of my way to see how many others I can find, so I can break them. Do you want to help? Just put the rule of genre that most annoys you into the comments, and we can talk about how we might make breaking it into an palatable and exciting storyline. 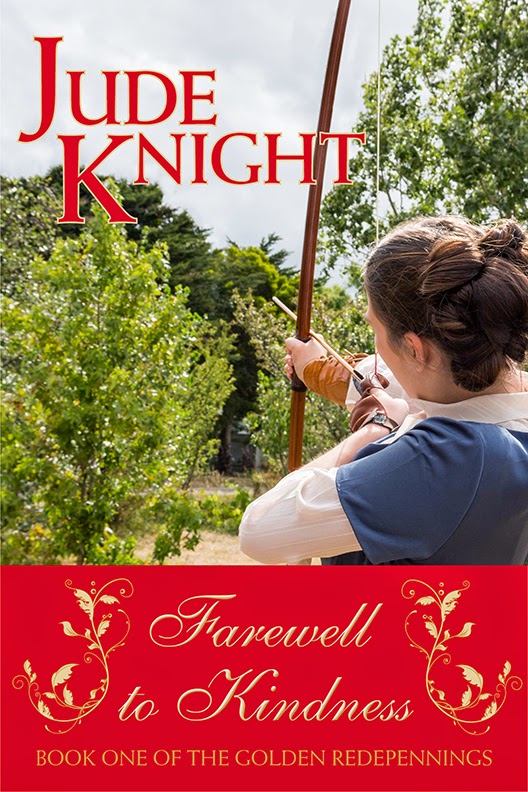 The man who hunts. Rede believes he has turned his back on compassion and mercy. But he is distracted from the hunt for those who killed his family by his growing attraction for Anne. His feelings for her are a weakness. Or could they instead be a source of strength?

The woman who hides. Anne protected her family from scandal and worse by changing their identity. She must keep Rede from discovering who they are. She cannot give him her heart without trusting him, yet how she trust him when he has closed himself off to love?

And the danger that threatens them both. When their enemies link forces, Rede and Anne must face the past in order to claim the future.

Price: free ebook in multiple formats at all eretailers; USD12.99 in print on Amazon
Cover art created for and owned by Jude Knight

Jude Knight started writing fiction when she was still at school, but went on to spend many years as a commercial writer. In late December 2012, she came home from her mother’s funeral determined to finally achieve the dream her mother had always supported.

After more than a year collecting ideas, doing research, and creating plots and character sketches, she stopped procrastinating and started writing. Her first novella was published just before Christmas in 2014, and – to Jude’s awed surprise – hit several Amazon bestseller lists in both the US and the UK, at one point reaching the top 2 in the US and the very top in the UK. 2015 is the year of the novel, with one in April, one in September, and one in December. Jude is also part of a collaborative group of writers, the Bluestocking Belles, so watch for their boxed set just before Christmas 2015.

Jude has chosen 1 April as the launch date for Farewell to Kindness in honour of all the people who told her that she’d never achieve anything if she didn’t get her head out of a book.

In Jude’s books, you’ll find strong determined heroines, heroes who can appreciate a clever capable woman, and villains you’ll love to loathe. The novel plots tend towards the gothic, with a leavening of humour, and some insights into the similarities and differences between now and way back then.

Jude thinks her Mum would have liked them.