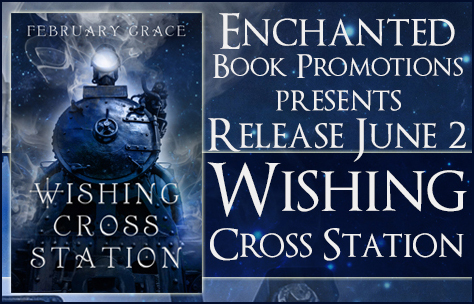 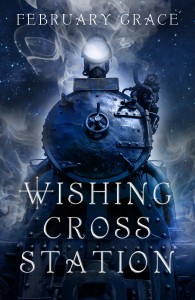 Don’t stay a moment longer than you have to. Don’t say too much. Don’t pollute the timeline.

When nineteen-year-old college library page Keigan Wainwright is sent to pick up a private donation of books for the school’s collection, he has no idea where one of those books will take him, or what it will take from him.

Retracing a powerful man’s footsteps through the past, Keigan finds himself caught in the same dangerous trap: falling in love with a woman he was never meant to know, and uncertain he will ever find his way home.

February Grace is an author, poet, and artist from Southeast Michigan. In previous novels, she has introduced readers to characters with clockwork hearts, told of romantic modern-day fairy godparents, and reimagined a legend, centuries old. Now, in her fifth novel with Booktrope, readers will board the special at WISHING CROSS STATION and embark on a trip through time. She is more than mildly obsessed with clocks, music, colors, meteor showers, and steam engines.