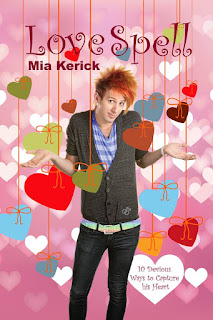 Strutting his stuff on the catwalk in black patent leather pumps and a snug orange tuxedo as this year’s Miss (ter) Harvest Moon feels so very right to Chance César, and yet he knows it should feel so very wrong.

As far back as he can remember, Chance has been “caught between genders.” (It’s quite a touchy subject; so don’t ask him about it.) However, he does not question his sexual orientation. Chance has no doubt about his gayness—he is very much out of the closet at his rural New Hampshire high school, where the other students avoid the kid they refer to as “girl-boy.”

But at the local Harvest Moon Festival, when Chance, the Pumpkin Pageant Queen, meets Jasper Donahue, the Pumpkin Carving King, sparks fly. So Chance sets out, with the help of his BFF, Emily, to make “Jazz” Donahue his man.

An article in an online women’s magazine, Ten Scientifically Proven Ways to Make a Man Fall in Love with You (and a bonus love spell thrown in for good measure), becomes the basis of their strategy to capture Jazz’s heart.

Quirky, comical, definitely flamboyant, and with an inner core of poignancy, Love Spell celebrates the diversity of a gender-fluid teen.

That’s when my cell phone, which I placed on my chest before I lay down on my now “love-spell-pink” wrapped mattress, starts singing Express Yourself.

Yaaassss!!! This is what ninety-nine percent of my insides shout. One percent says quietly, “It’s about frigging time you called, asshole.”

But my voice is calm. “Jasper,” I say blandly. In my opinion, he hasn’t earned the right to be called Jazz any longer.

I try not to roll my eyes even though I know he won’t see, but it’s an epic fail. “Whatever.”

“I’m sorry I haven’t been in touch for a couple days. My mom’s been real sick. I was lookin’ after her, gettin’ her to the doctor, goin’ to the pharmacy, bringing JoJo back and forth to school, and stuff.”

“Mom caught JoJo’s strep throat and had to go to the ER because she couldn’t even swallow.” He stops talking for a second and then clears his voice. “Alls she could do was spit into a rag whenever she needed to swallow.”

Well, that’s definitely TMI, but I get the fucker-nelly revolting picture. “I’m sorry.”

And then there’s silence.

“Gonna take JoJo to the library after school tomorrow. But first I gotta stop by the cable company and pay up or we’re gonna lose our TV and internet at home. They already warned us like twice.”

“Want me to pick up Yolo at school and take her to the library?” I’m so freaking pissed off at him. Why am I offering to save his ass again?

“That’s cool of you to offer, but there’s a bus she can take to the library from her school. Could ya be waiting for her at the library, in case I get held up?”

“I’m not gonna be at lunch tomorrow seein’ as I’ll probably be collecting my makeup work. So, I’ll see ya at the library. ‘Kay?”

I don’t say kkkk cuz it’s not even slightly cool. “Sure. The libes after school, it is.”

One more silence, and then I say, “Later.”

I have research to do. 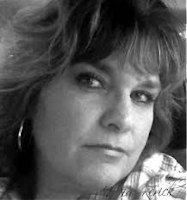 Mia Kerick is the mother of four exceptional children—all named after saints—and five nonpedigreed cats—all named after the next best thing to saints, Boston Red Sox players. Her husband of twenty-two years has been told by many that he has the patience of Job, but don’t ask Mia about that, as it is a sensitive subject.

Mia focuses her stories on the emotional growth of troubled young people and their relationships, and she believes that physical intimacy has a place in a love story, but not until it is firmly established as a love story. As a teen, Mia filled spiral-bound notebooks with romantic tales of tortured heroes (most of whom happened to strongly resemble lead vocalists of 1980s big-hair bands) and stuffed them under her mattress for safekeeping. She is thankful to Dreamspinner Press, Harmony Ink Press, CoolDudes Publishing, and CreateSpace for providing her with alternate places to stash her stories.

Mia is a social liberal and cheers for each and every victory made in the name of human rights, especially marital equality. Her only major regret: never having taken typing or computer class in school, destining her to a life consumed with two-fingered pecking and constant prayer to the Gods of Technology. 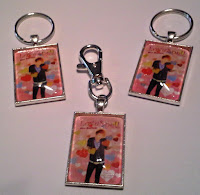