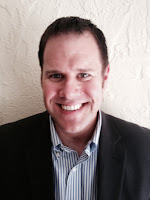 Eric Matheny was born in Los Angeles, California, where he lived until he went away to college at Arizona State University. At ASU he was president of Theta Chi Fraternity. He graduated with a degree in political science and moved to Miami, Florida, to attend law school at St. Thomas University. During his third year of law school, he interned for the Miami-Dade State Attorney's Office, where he worked as a prosecutor upon graduation. In 2009, he went into private practice as a criminal defense attorney. He is a solo practitioner representing clients in Miami-Dade County, Florida, and Broward County, Florida. He has handled everything from DUI to murder.

In his free time, Eric enjoys writing crime fiction, drawing from his experience working in the legal system. He published his debut novel Home in 2004, which centers around a successful drug dealer catering to the rich in Orange County. His second novel Lockdown, published in 2005, follows a law student trying to prove that an inmate serving a life sentence in one of California’s toughest prisons might actually be innocent. Eric’s latest novel The Victim, is a tense, fast-paced, legal thriller/psychological suspense novel that centers around a young defense attorney whose horrifying misdeed from his college days comes back to haunt him. It was published by Zharmae in August 2015 and is available for sale on Amazon.

Eric lives outside of Fort Lauderdale with his wife and two young sons.

To learn more, go to http://www.ericmathenybooks.com/

When I start a book I have a general idea of what I want to do.  Mostly, I just allow myself to get into the story and let the characters take over.  I believe I have a more plot-driven style so I give my characters leeway and follow their lead.  Sometimes it works, sometimes not.  I think with The Victim it worked.

Yes.  Once you get to know a character, I think it’s best to let them dictate how the story should turn out.  In The Victim, there were many points in the story where I followed what I believed the characters would chose to do.

Definitely a morning person.  I like to write in the morning before work.

Yes, but they must be places I have been. I think this helps bring an authentic feel to the scene.

Not usually. I find it to be a distraction.

The Victim is a legal thriller about a Miami-based criminal defense attorney whose past comes back to haunt him unexpectedly.  The story is full of suspense and twists and turns, along with some accurate and exciting courtroom scenes.

John Grisham certainly inspired the genre that I wanted to pursue.   Grisham’s straight to the point storytelling also helped me to rein in the tangents and stick to the plot.

As far as style goes, Colin Harrison, Hunter S. Thompson, Stephen Hunter, Dean Koontz, Jesse Kellerman, and Will Beall influenced the way in which I wanted to tell my story.  Those guys are amazing wordsmiths.

Spend a lot of time reading everything you can get your hands on.  Not only will it let you gauge your talent against the rest of the market, it will teach you new techniques about plotting and style.  Every great book you read should make you a better writer.

Also, make sure you write.  Lots.  Scenes, short stories.  This is how you develop your voice and hone your instincts, which in turn will elevate you from amateur to professional.

Don’t give up.  You will receive lots of rejections.  This is part of the business.  Take it in stride and keep writing.

L.A. Rex by Will Beall is the best book I have ever read.  Amazing style (gritty as hell), great story.  If you like cop dramas like Training Day and End of Watch you must pick this one up. 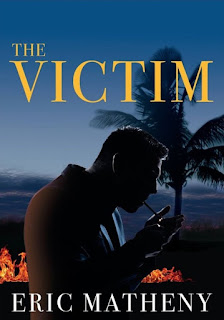 The Victim is a tense, fast-paced, legal thriller/psychological suspense novel that centers around a young defense attorney whose horrifying misdeed from his college days comes back to haunt him. It was published by Zharmae in August 2015 and is available for sale on Amazon.

Anton Mackey is a man with everything. At least, he seems to be on the surface. He has a rising career as a private attorney, a lovely wife, a beautiful daughter; he and his family live in an idyllic neighborhood that most people dream about. Sure, there are troubles that plague this family, the same as any other, but all in all things are looking up. Life is good, and the future is better.

Except Anton has a past, too, and something has been looming, bearing down on him from that history, just waiting for the chance to strike. Soon, everything will change, and the life he’s struggled so hard to build will come crashing down around him.

And the worst part of it all: Anton Mackey has no one to blame but himself.

“The Victim by Eric Matheny has a fast moving pace and a skillfully conceived plot with quite a few twists and turns… A page turner, this legal thriller has all the elements to hold reader interest from the first page to the last.” - Reviewed by ReadersFavorite.com