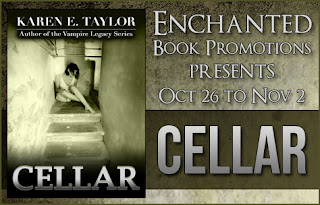 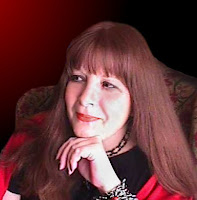 Karen E. Taylor is the author of the popular Vampire Legacy series, CELLAR (a ghost novel,) numerous short stories, and a collection which earned her a Bram Stoker Award nomination. She is currently working on a new urban fantasy series, along with other projects she is too superstitious to mention.

I do a little bit of both.  I start with a general idea of what I want to do, main character sketches, and vague pointers to beginning, middle and end.  Then I write the first 3-4 chapters.  From there I begin to outline, simple at first, then more and more detailed, until for the last 5 chapters, when I have each scene mapped out.  It’s important to know where you start and where you end.

That’s what characters do, so of course.  And I generally indulge them, since they’re right in the middle of the story, they often know better than I do.

Most definitely a night owl.

Everywhere.  Because dreaming is free.

Absolutely.  I have to have a playlist for each project before I can begin in earnest.  I use headphones to drown out the outside noise and when I’m really involved in the writing I don’t hear a thing.

CELLAR isn’t really my latest release, but it’s the feature of the book tour, so we’ll talk about that.  It’s a haunted house novel, featuring recovering alcoholic Laura Wagner.  She’s a single mom, with two young daughters who live with their father.  When she returns from rehab, she discovers that her house is downright creepy and it has nothing to do with drinking.

I could write a whole book about that subject alone.  Mostly I’ve learned that good writing is good writing, no matter the topic or genre.

I might have tried to write more books earlier in my career, but other than that, I’m pretty happy with how life has turned out.  Although being rich would be nice.

Reading is the biggest influence, not anything in particular, just keeping your brain open and alert.  Getting together with like-minded people is a help, as well.

Just keep writing.  Books don’t happen overnight and if you don’t devote yourself to them, they never do.

Depends on when you ask.  Right now, I’m partial to the Bronte Sisters.  Oh, and Mary Stewart, Roger Zelazny, and Tom Robbins. 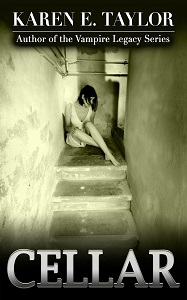 Something’s not quite right about the neighborhood of Woodland Heights. Five years ago six children disappeared in this suburban heaven. When Laura Wagner moves into a house that had been vacant for most of those five years, this something comes alive.

Laura Wagner, divorced mother of two, addicted to alcohol and Valium, sees nothing wrong with her life; she sees nothing much at all. She gets by as well as she can, aided by the solace of her drugs and whiskey, until the day she backs into a police car in the parking lot of her favorite bar and is sentenced to involuntary rehabilitation treatments.

Returning home clean and sober is an eye-opening experience. The spirit dwelling in her house reveals its true, evil nature and begins to prey upon her, her friends, even her children, avid to spread its message of death and despair.

Laura must learn to control her inner demons before she can subdue these outside forces threatening to break free. She must learn how to distinguish hallucinations from reality, learn how to stop the spirit that requires her death and the deaths of her loved ones.

I’m best known for my Vampire Legacy series – currently all 7 books have been collected in omnibus editions: HUNGER, CRAVE, THIRST, and BLOOD RED DAWN.  I also have a short story collection, MEXICAN MOON AND OTHER STORIES, available now.

Buy the Book on Amazon

eBook and paperback copy of Cellar