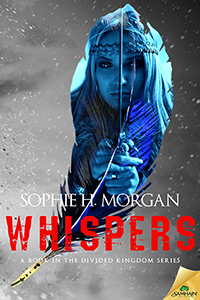 He’s no pushover. And she ain’t no fairy princess.

No one would guess that Sapphy, awesome whirlwind of Maze badassness, grew up sheltered in the Fae realm. Witnessing a murder drove her into the humans’ broken cities to hide, but now she’s back, going undercover to keep history from repeating as the tournament to choose a new Fae queen dawns.

The only pebble in her shit-kicking boot is the jaw-gritting interference of Nathe Amergin, a Fae Enforcer whose solemn violet eyes set her skin to sizzle.

After the loss of his beloved sister, Nathe saved his last shred of sanity by clamping a lid on his emotions and forging a path to justice. When this frustrating, blue-eyed, my-go-or-I’ll-blow female informs him of a possible threat to the realm, his offer of support is genuine, if reluctant.

While he’s willing to work with her to protect his people, this sinful smart-ass skates perilously close to unleashing an avalanche of passion that, as the final choosing looms and whispers turn to screams, could bury them both.

Contains ear-blushing sex between a flighty Fae with a mean air jab and a grounded Elemental who makes her earth move. Add a murderous queen clinging to power, and sabotage that strikes out of thin air. Anyone got ear plugs?

“Where is she?” Nathe ran a hand down the back of his head, rubbing at the pressure point in his nape. “How did you fare at the dress shop? She must look acceptable, Tomas.”

The edge of humor was not welcome. Not tonight. “Where is she?” Nathe stressed. “The announcements of competitors will begin soon. It will not look correct if she hasn’t mingled first.”

Tomas blinked at the rush of words. “You’re nervous.”

“Can you stop thinking about sex for one moment, Tomas? This is serious. So many aspects of this plan can fall apart if she makes one wrong step.”

“Do you have so little trust in her?” Tomas pushed his hands into the pockets of his dress suit, a little more fashionable than Nathe’s own, the color of a good claret that complimented his dark skin.

Nathe sniffed. “You have known her one day. How can you have so much?”

Tomas shrugged, ignoring the giggles of passing noblewomen as they headed for the buffet. “She is a straightforward woman, a species I could get used to. Even attracted to.”

“What does that mean?”

“As I said, she is an intriguingly open woman. No false modesty. And she has an enticing form.”

Dark emotions swirled in Nathe’s gut at the thought of Sapphy pressing her lips to Tomas, her body astride his friend’s.

The earth threatened to tremor beneath him until he quelled it. “What happened at the gown shop?”

“We bought several outfits. We talked about life and love.” Tomas tilted his chin. “Are you looking in that direction, my friend?”

“Then I pity the blind man.” With those puzzling words, Tomas slapped a hand on Nathe’s arm. “For all the good it may bring you, she’s on the stairs.”

Hit with a flood of relief, Nathe twisted to where Tomas now pointed.

His breath halted, his heart pounded once before forgetting its next action entirely. The dancers melted away, the shouts of laughter and revelry faded, even Tomas blurred until there was but the dark.

Sapphy stood poised at the top of the marble staircase like an angel from a painting, one graceful hand brushing the bannister, her face in profile as she looked away.

Her long, lithe body was wrapped in silk. The gown was a waterfall of blue, darkest blueberry at the bodice melting into crisp ice at the hem. Baring creamy white shoulders, it cupped her round breasts, slipped down to a waist he could span with both hands, before flaring out to the floor.

Her face had been painted, her lips a pale pink, her eyes a dramatic storm of smoke and ice. Sapphires trickled from her earlobes and graced her throat, simple, understated, elegant.

But it was her hair that was magnificent. A sweep of silvery-blue, the color of ice crystals on the verge of melting, it had been left loose to wave down to her hips, the different blues shimmering in the electric lights. A crown of bluebells adorned her head, a dramatic contrast between sensuality and innocence. The awakening.

She moved like the wind she called her own when she began to descend, a rolling of her hips that had Nathe’s blood sizzling, snapping, aching for her. His body stiffened, but he drifted toward her, unable to stop himself. Drawn together, he thought. Magnets.

And still there was nobody but them as he met her at the middle. She spoke not a word, but her eyes remained watchful, knowing. Even bluer now that her true colors had been revealed. They blistered him with a knowing look.

With a small smile, she held out a hand.

In the dreamscape, every movement was slow, and his taking of her hand was no different. Raising it to his lips, he inhaled the scent of her skin, brushing his lips over her knuckles, lingering.

His eyes flicked up. Breathless was how she looked, sensual and slumberous as she watched him out of hooded eyes.

His groin was on fire, his belly in knots as he longed to yank her to him, gather her skirts up and ride them both to ecstasy.

She waited for him to speak, but he couldn’t find the words to describe her beauty, every one trite and cliché. Every one fell short.

So he took the hand he still held and pressed it inside his jacket, against his racing heart. As her smile floated away, he moved in as close as the steps allowed.

“I burn,” he said softly. He held her gaze as his breath whispered across her cheek. 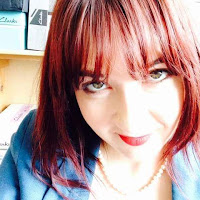 Sophie H. Morgan is a paranormal romance author with a love for hot guys, sassy heroines, and HEAs that seem impossible. When not at the keyboard working out ways to drive her characters into each other’s arms, you can find her rambling about the English countryside with her crazy spaniels, shopping for one more pair of shoes, or devouring yet ANOTHER romance novel with ANOTHER bag of raisin cookies. 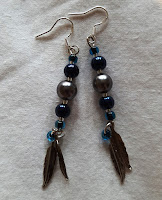