Lisa Beth Darling is 49 years-old, lives in her hometown of New London, CT with her husband of 30 years, Roy and is mother to their two daughters. She is the author of more than fifteen novels along with several short stories and non-fiction books. When she’s not writing she likes to garden and is an avid movie buff.

I generally have an idea of where the story is going but not necessarily how I’m getting there.

They take over all the time and when that happens I find it best to let them, they usually know more than I do about the story anyway.

I like mid-morning to early evening best. I hate getting up in the morning and I’m too old to stay up until all hours of the night.

Greece, Ireland, Scotland, and New Zealand are all on my Bucket List. I hear they have very good food and white beaches in Greece. Ireland and Scotland because that’s my ancestry. New Zealand because it looks absolutely beautiful.

Sometimes they do, in my OF WAR series, since it centers around Ancient Greek Gods, a lot of it takes place on Mount Olympus and in Greece itself.

My iTunes is always cranking away as I write. I love ‘Classic’ Rock the most.

“Prodigal Son”, the finale to the Sister Christian series will be my newest release when it hits the market on August 30th. The entire series centers around a long-lost brother and sister, Richard Mason and Hannah Rice. They’re very opposite creatures yet also very similar. Don’t let the title of the series fool you, this isn’t (necessarily) a ‘Christian’ or ‘religious’ series. It’s full of dark family secrets, intrigue, and drama.

Not to get discouraged, I think that’s the biggest thing. I do what I do because I love to do it and, for me, that’s the best approach.

I suppose I’d get out there and try to network more but I’m basically an introvert so making contacts if difficult for me.

Influences are all around anything can inspire me to write a story if it strikes me just the right way. As far as authors go, Stephen King has been the biggest influence along with VC Andrews, Harold Robins, and Jacqueline Susan.

Do it for you not for anyone else and not for a big paycheck. If you don’t love it you’ll get discouraged very quickly and give up thinking there’s something wrong with you. Write a little bit every day and then rewrite when the story is done instead of editing as you go along. 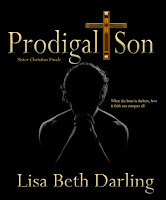 My favorite book is still “The Stand” by Stephen King.

When the Hour is Darkest Love and Faith Can Conquer All.

In the final installment of the Sister Christian Series, the Court has demanded a hearing regarding Hannah's capacity. Hannah and Nick are falling deeper and deeper in love. Looking forward to a bright future together they begin planning their life together. A shadowy stranger from the past has set his sights on Hannah and her 3.5 million dollar trust fund. Is he really Rick MacNeill, the son Hannah thought died in the terrible fire at Saint Anne's? Is he someone sinister? The last of the family secrets come to light in this roller coaster ride of suspense, love, betrayal, and faith.

List of previous books if any
Fiction:
OF WAR Series
The Heart of War
Child of War-A God is Born
Christmas Eve on Olympus
Child of War-Rising Son
Women of War
Kingdoms of War
OF WAR Complete
Sister Christian Series
Genesis
Sins of the Father
Mysterious Ways
The Doc Series
On a Hot Summer Night
Cold November Rain
Regret Ne Not
Standalone Novels/Stories
Dream Weaver
The Limikkin
OBSESSION
Non-Fiction:
The Shame of Eminent Domain
A Window to Magickal Herbalism