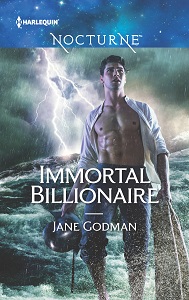 Connie Lacey lives a nomadic existence. Alone. Safe. She can't risk being found by the stalker who haunts her waking nightmares. Until an invitation from billionaire Sylvester de León—to spend thirty days with him on his private island, Corazón—proves impossibly tempting. But one look at the gorgeous host's deep blue eyes, and Connie knows there is nothing safe about this paradise and the aristocratic man who calls it home.

The island is cursed…as is Sylvester himself. Yet something in him calls to Connie, ignites a desire that's filled with raw, timeless need. But Corazón has many secrets, each more dangerous than the last. And in a place where everlasting love, the past and fate intersect, even death is only a beginning…

It is easy enough to list in advance, and with absolute certainty, those things for which we are prepared to die. Family, country, religion, the one we love, a valued way of life. Until we are faced with a situation that puts our convictions to the test, we can never know for sure which of these will hold true. There were many lessons to be learned during those strange weeks on the island of Corazón, but, for Connie Lacey, this would prove be the most important.

Four years of running and hiding. Four years of looking over her shoulder. Of viewing every man she met with suspicion. Of waking every morning, wondering if today was the day he would finally catch up with her.
The relief of being offered somewhere to hide was so huge it drove every other thought out of her head. She had a brief mental image of herself as a disaster survivor and the man opposite as the rescue worker who had just draped an emergency blanket around her shoulders. She resisted the temptation to cling to him, garbling out incoherent thanks until he was forced to gently pry her hands away. They were the wild thoughts spinning through Connie Lacey’s mind as she listened to the clipped tones of the attorney.
With hindsight, she probably should have paid more attention to the strangeness of the offer he was making and the diffident manner with which he made it. Gratitude will do that to you, she decided later. At the time her attention was taken up with grabbing this opportunity. Nod, smile, and sign on the dotted line. Don’t ask questions that might make him withdraw this incredible invitation. All she could focus on was the fact that—for thirty days, at least—she would not have to sleep with a knife under her pillow.
“You have one week.” She realized Mr. Reynolds had finished outlining the details of the proposal. “My client will expect you to be in Florida in exactly seven days’ time.”
Connie swallowed hard. She might have known there would be a catch. The logistics of getting to Florida posed a massive problem. Mentally, she reviewed the contents of her wallet. She knew exactly how much cash was in there. It wouldn’t get her across town let alone across the country. Before she could speak, Mr. Reynolds reached into the desk drawer and produced a hefty roll of banknotes. His expression softened slightly as he passed them across the desk.
“Expenses. For the journey and such sundry other items as may be necessary.” He cleared his throat with a hint of something that might have been embarrassment. “My client is a very exacting man. His guests will, for example, be required to dress for dinner during their stay on Corazón.”
Darn! And there I was thinking I had successfully managed to hide the fact that the sole is hanging off one of my sneakers and this sweater has forgotten what color it used to be.
Connie stuffed the wad of cash into her shoulder bag with a muttered word of thanks. If an encounter with Sylvester’s attorney could reduce her to the status of a gibbering wreck, how on earth was she going to cope with the man himself?
As she got to her feet, Mr. Reynolds rose and came around the desk. He held out his hand. Surprised, Connie took it. Instead of the handshake she had expected, he clasped her hand between both of his. It was an oddly tactile gesture for such an aloof man.
“However this venture may turn out…” He paused and Connie sensed he was fighting an internal battle. As if the personal and professional were at war within him. The result felt like his version of a truce. “I wish you well, Miss Lacey.”
It was only later, when she got back to her grim, one-room apartment and counted—then, in disbelief, re-counted—the money, that she began to truly appreciate the gulf between her world and that of Corazón. What constituted “sundry other items” to Mr. Reynolds was almost a year’s salary to Connie.
Laughing, she tossed the notes into the air and briefly contemplated just disappearing with them. To hell with “second cousin several convoluted times removed” Sylvester and his mysteriously worded proposition. This money could buy her the freedom from fear she had been dreaming of. Temporarily, it was true, but even that was so much more than she had wished for. No more moving from town to town and job to job? No more looking over her shoulder? Yeah, I’ll take that and deal with the future when it gets here.
A pang of guilt tugged at her. Backing out wasn’t an option. She had just accepted Mr. Reynolds’s wretched invitation and a promise was, after all, a promise. Besides—despite its reputation—she was intrigued enough by Corazón to want to see it and, even if she admitted it only to herself, she wanted to meet the legendary Sylvester.
The ease with which Arthur Reynolds, senior partner in the firm of Reynolds, Prudah and Taylor, had tracked her down was unsettling. Even if she hadn’t been contemplating answering Sylvester’s eccentric summons, it would have been time to move on. Goodbye—she experienced a minor moment of panic as she tried to remember where she was. It had to happen one day—Farmington, Missouri. The last month has been okay, but it was never a long-term thing. We both knew it. No hard feelings.
She had a week to prepare for the journey. With a shrug, she tucked the money away at the back of her closet and curled up on the bed with a book. Connie could have her belongings packed in an hour. She’d done it often enough. 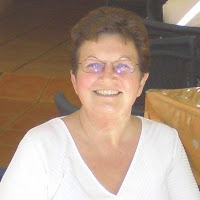 Jane Godman writes in a variety of genres. Many of her stories are heavily tinged with the supernatural and elements of horror, with haunted characters tormented by dark secrets.

Jane writes paranormal romance for Harlequin Nocturne. Her Otherworld Series is set in a mystical land inhabited by many races, including faeries, vampires, lycanthropes, phantoms and gods. Unfortunately, the constant battles between these warring dynasties threaten to spill over into the mortal realm.

Jane’s series for Harlequin Romantic Suspense, Sons of Stillwater, will be coming soon.

Jane also writes steamy historical romance for Samhain Publishing and her Georgian Rebel Series features compelling heroes who fight hard for the cause they believe in and harder for the women they love.

In 2017, Jane has a new paranormal romance series coming from SMP Swerve.
Watch out for her hot Arctic werewolves!

Jane lives in Cheshire, England, is married to a lovely man and is mum to two grown up children.