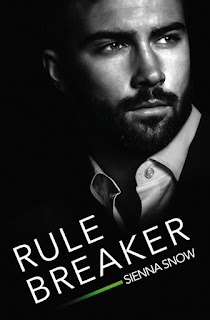 She controls a technology empire. He controls her.

At just twenty-eight years old, Arya Rey has become queen of the tech world. While she is highly respected as a philanthropist and fearless businesswoman, no one would suspect that beneath her controlled exterior simmers a private passion. A desire never spoken of in Boston's elite social circles. A need for submission, for satisfaction, for the kind of exquisite pleasure that can only be provided by one man . . . her billionaire ex-lover Maxwell Dane.

It's been five years since Max and Arya last met. Five years that they've longed for the feel of each other's skin. Max always takes what he wants, and he wants Arya back. But it's more than the memory of her broken heart that makes her resist. During their time apart, Arya has collected secrets of her own. She can give Max her body, but can she give him the truth?

Born in London, England, Sienna Snow moved to the USA at the age of five. From an early age, she learned to balance two cultures, keeping the traditions of the Indian while learning the ins and outs of the American.

Her love of reading started at a very young age with “Beezus and Ramona.” By the time she entered high school, a girlfriend introduced her to Bertrice Small and Jude Deveraux (much to the horror of the nuns at her Catholic school), and an avid romance reader was born.

Writing was her childhood aspiration, but her loving parents encouraged her to seek a “real job.” So, she placed her secret passion on hold and went on to receive two bachelor’s degrees and two masters degrees.

After a prolific career as a management consultant and the completion of her husband’s medical degree, she became a stay at home mom and PTO Goddess.

Sienna has a deep-rooted love for travel and planning vacations years in advance. Her goal is to visit all seven continent in the next ten years.

When she is not writing, traveling, or reading, she spends her time with her husband and two children.

Sienna writes sexy romance, some with a lot of heat and spice and others with a bit of fantasy. Her characters represent strong women of different cultures and backgrounds, who seek love through unique circumstances.