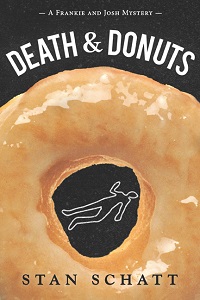 Hollywood stars! Politicians! Betrayal! Murder! And a by-the-book cop just trying to do her job in the middle of it all.

To solve the murder of a movie star just weeks before the Academy Awards, Detective Frankie Ryan has to navigate through a web of Hollywood secrets and political landmines, not to mention the "old boys club" in her own police department. The presence of a new designer drug and the deaths it is tallying up threaten to hinder her investigation and leave her without a suspect—and maybe out of a job. Even with the aid of psychic reporter Josh Harrell, there is more confusion around every corner. Trusted friends will turn on her, leaving her unsure who to believe and who might be in on the murder and conspiracy.

Can Frankie discover the killer before it is too late?

Note: this is book 3 of the series but each book stands alone

Frankie nodded and stepped inside the curtain. Daniel Martin
wasn’t a large man, but now he seemed even smaller in the over- sized hospital bed. He stared at Frankie with glassy eyes.
“I guess now I’m one of the usual suspects to be rounded up,” he said with a voice just above a whisper.
“We can pin attempted murder on you for Belmont and probably link you to Hobbs and Gordon, but we can make things a lot more manageable for you if you just tell me who is behind Ruby Red.”
Martin’s face broke into a rueful smile. “You just don’t get it. You’re dealing with forces much bigger than you or me. You’re just a pawn, and so am I.”
Frankie drew her face closer. “You might not have much time. I can have a priest or minister here if you want to make your peace. Don’t die with this on your conscience.”
Martin’s smile turned into a sneer. “The old circling the drain argument. Does that ever work? You’re not even good material for a Grade B cop movie from the ’40s. You keep digging into this, and you’ll be busted down to walking South Central on the midnight shift.”
“Is someone in the department dirty?”
Martin just stared at her while his lips broke into a grim smile. His face became flushed, and his eyes lost focus. An alarm sounded,
and the room was flooded with nurses. Frankie led Josh out. She shook her head.
What could possibly be scary enough for a man on death’s door- step to keep him from talking? 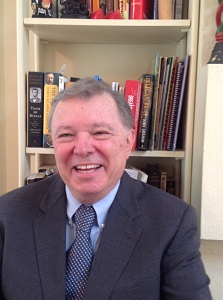 Stan Schatt is the author of forty books including mysteries, science fiction, biographies of Michael Connelly, Daniel Silva, and Kurt Vonnegut, and even college textbooks. His novels draw upon experiences he has had in a wide range of careers that include college professor, police department administrator, autopsy assistant, telecommunications consultant, and market research executive. Schatt has been cited for outstanding teaching by the University of Southern California, the University of Houston, and DeVry Institute of Technology.

Well, with a mystery you do have to know where you’re going or you will never get there.

I do plan the basic plot but then do allow the book to move in a different direction.

What is your favourite food? Rib-eye steak.

I do my best work in the morning.

Because I’ve done so much traveling while a consultant, I’ve earned over two million miles on American Airlines. The result is that I don’t really dream about travelling anymore except to visit family. Actually, there are lots of places in the US I’d still like to see.

Death and Donuts contains an unusual triangle that includes a man, his girlfriend, and the sexy ghost only he can see. This is a mystery and a police procedure novel with a female detective trying to solve a series of murders of major Hollywood actors. The plot includes an extremist group trying to subvert democracy.

I’ve learned to plot better and to sharpen my dialog. As far as publishing, I’ve used small publishers as well as self-published some novels. Today writers have to do their own marketing.

As far as my writing, no. I’ve written almost every conceivable type of book including science fiction, adventure, mysteries, critical biographies, and even college textbooks.

I think you need thick skin to handle rejection as well as critical reviews. You also need to realize just how much time you’ll need to spend marketing the book after it is published.