Romance on a Budget
by Christian A. Brown

Here’s the thing: producing books that can stand toe-to-toe with what the big publishers are putting out costs money. Good editors cost money; they’re not charities, and as with any professionals who know their worth, you can only negotiate them down so far. Even going by the average rate of $35-50/ hour, you can rack up a sizable invoice for a single pass of copy or line editing (my books get four, then galley reads). After all that, we haven’t even gotten to the post-production costs of PR and advertising. Is it daunting? Of course. But if you want to succeed, or even happily fail—knowing you gave it your best—you have to take chances. I won’t tell you exactly how much of my savings I’ve spent on making this series, though I will say that it has been a lot. Enough to make many of you balk. That’s material for a later blog, though, and since I’ve had some emails and inquiries about the cost of writing, I’ll certainly add that to my TBW (“to be written”) pile.

We’re here to talk about love. It’s been ten years since I fell in love. My partner and I have known poverty, death and the whole range of shitty and wonderful experiences that life could serve us. When we met, we had nothing aside from our feelings and our crappy jobs. We lived in a basement apartment and ate pierogis, heaps of broccoli (mostly stems, then, not florets), and discounted meat, since that’s all we could afford. We were happy, even if we were poor. Today, we’re not rich by any means, but we are comfortable. The same was true when I started my writing career, and we had finally reached that point in life where things were stable, financially and emotionally. We were considering adoption at that time, however, it was a choice between raising a family or chasing the dream of bringing the world in my head to life.

Like any true, loving partner, mine encouraged me toward the latter. It hasn’t all been wonderstruck romance, though. When you make the decision in a relationship for one of you to effectively rack up exorbitant costs with little immediate return, things have to be cut from the budget. We’ve gone on less dates, fewer trips and spent more nights at home than in previous years. More than once, we’ve settled into a bit of a slump, from which we eventually stir ourselves—love, as I’m sure you know, has ebbs and flows. We’ve had to discover new ways to romance one another that aren’t expensive dinners, vacations, or material shows of affection. 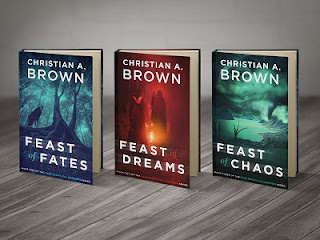 We discovered that often the most romantic thing you can do doesn’t cost money. It’s the time that matters, the hours or moments spent where that person knows you were thinking of them. An example. Recently, we let our cleaning lady go; she was cheap, wonderful, and only coming every two weeks, however, she was an expense, and the books need to be balanced. We tried to keep up as best as we could, though there was always a bit of lingering laundry, and neither of us enjoyed the hour-long task of doing the hardwood floors in our apartment. Tensions and mess began to pile up. We started bickering and forgetting the whys of our love. When I realized we were slipping apart over such a silly domestic issue, I took action. One Friday, when J came home from work, it was to a spotless, candle-lit, gleaming home: cleaned floorboard to dusted light-fixture. Oh, and I had chilled glasses in the fridge and had prepared a premade Manhattan for each of us. Yum.

We had a nice dinner, enjoyed our drinks and talked, really talked as we had when everything was new and we were still hiding parts of ourselves from each other. All from cleaning the friggin’ house. I’m a Virgo, so a need for organization is in my nature. However, it’s a side of my nature that I’ve applied more toward writing and cerebral pursuits than to physical ones (well, I guess exercise would be the exception). As outspoken as I am about gender roles and non-conformity, I’ve made it a habit now: “getting the home ready for my man.” And that’s not me being hypocritical, it’s me being practical. It costs me nothing other than a great deal of sweat and three hours worth of labour to make my partner’s week finish on a note of relaxation and bliss. Heck, I’m actually happy when I’m cleaning. Feels good to be industrious! Who knew? But the greatest lesson I’ve learned from becoming a househusband, is that romance doesn’t have to be expensive, it only has to be thoughtful. 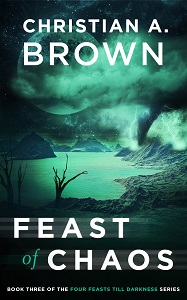 Menos has been destroyed. No corner of the realm of Geadhain is safe from the Black Queen’s hunger. Zionae—or the Great Dreamer, as she has been called in ancient tongues—has a thirst that cannot be quenched until all of Geadhain burns and bleeds. She preys on the minds of weak men and exploits human folly for an unhuman end. She cannot be defeated in her current state, but the answer to her downfall may lie in the land of her past.

It is with this aim that a Daughter of Fate, Morigan, and her brave and true companions venture to the mysterious Pandemonia, the land of chaos itself. Ancient secrets and even older power lurk in its swamps and deserts. Life itself becomes uncertain, but the Hunters of Fate have no choice: Pandemonia must give up its secrets if they want to find the Black Queen’s weakness.

Elsewhere in the realm, alliances form and break. Dead men rise and heroes fall. Eod prepares for war. In hiding, Lila, the bearer of its destruction, will be given a chance to atone and answer for her sins. Will her actions save Eod, or has she damned it with her crimes?

Excerpt:
Heathsholme was quaint—Central Geadhain’s darling, as the locals proclaimed. Looking down upon it, passengers on skycarriages were often struck by the fact that the realm possessed the look of a joyfully made quilt. Red-leafed orchards, yellow fields of flax and corn, patches of blue brocade that were swimming pools and watering holes…all threaded with brown branching roads. Sweet winds blew down from the North year-round, bearing only cool and refreshing properties until winter rose to claim the throne of seasons. When the North wind came, it froze Heathsholme’s pools into skating circles and decorated the large trees with grand chandeliers of ice. In the depths of that season, the staunch apple trees finally died. Their fruits fell to the ground and were collected. Their blossoms broke from their branches and filled the air like flocks of migrating winter birds. During this season, families came from the West, South, and East to visit Heathsholme and enjoy great outdoor festivals of food, music, mulled cider, and wine—for which the region was also famed.
Partly on account of the season’s coolness, these celebrations happened around great bonfires. At night, when the happily drunk howled at the moon, a primal spirit took hold, and effigies of nameless spirits were burned in the pyres. No one could remember why or how the Vallistheim tradition had been born, only that it was a remnant of the customs once imposed by Taroch. The ancient warlord had been fascinated by the Northmen’s rites, and had introduced many of them to Central Geadhain. Vallistheim—the winter festival—was believed to bring bounty and luck in the New Year. Over time, polite society had done away with many of the less pleasant sacrificial details to make the ritual friendlier to outsiders. Now only one cow from each of the barns and byres that rose on rings in the hilled highlands around the heart of the township was cooked in a great feast, without having been ritually slaughtered first.
In the uncultivated grasses past the city proper and its farmlands, a dedicated explorer could find the remains of crumbled churches that had been built to honor the now vanished religion of Taroch’s fancies. Runes that the sages had translated into such names as Freyallah, Odric, and Helhayr were found chiseled in the mossy arches of these grounds. These sites of an ancient religion were thought by modern minds to be haunted or perhaps protected by the ancient spirits or warriors mentioned in the stones. It was the sort of refuge where a monster, fearful of being seen, could find sanctuary. 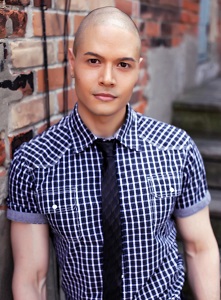