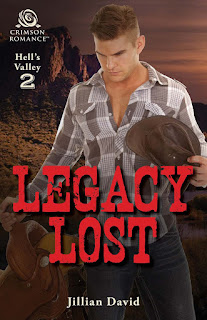 Growing up as an honorary Taggart, Eric Patterson found the family he’d always wanted. Almost. He couldn’t ever manage to see the clan’s youngest and only daughter, stubborn spitfire Shelby, quite like a little sister. Suddenly, his long-suppressed feelings are determined to come to light.

Too bad Shelby’s cursed. Her double whammy psychic powers to read emotions and locate anyone anywhere have always made relationships impossible—and now they’ve begun to endanger her life. If she uses her echolocation skills again, it just might kill her.

But when a malevolent supernatural force invades the valley, threatening the Taggarts and their neighbors, the Brands, Eric and Shelby must contend with both their blossoming feelings and the increasing danger. Does Shelby dare risk using her powers one more time, sacrificing her own life to save Eric?

Wait until Eric found out she could read anyone’s emotions.
Not that she’d ever tell him.
It was bad enough he knew about her homing beacon skills.
A wave of something else wafted over her filters. Warm, smoky caramel. The scent of Eric’s concern and worry about her.
Great.
His light brown brows drew together. “So, how’s your breathing? Really?” By the way he asked, he damn well knew the answer.
“Fine.”
“Want to try that answer again?” The curve of his sensual mouth pressed into a hard line as he studied her. Did he seriously move into a wide alpha-dude stance? Not that she was affected by him. No way. Her disgust stemmed from the fact that hard muscled, denim-clad legs like those should be illegal to display without a license.
“Sure.” She suppressed a betraying wheeze. “How about it’s none of your business and let’s get back to work?”
He barked what passed for a laugh and moved not one inch. “You bet it’s my business.” He extended a work-roughened hand toward her then dropped it. “I can’t believe you’re on call for Search and Rescue in this condition.”
“In this condition?” Virtual heat steamed from the top of her head. “Now you’re checking on my condition?”
“I’m an EMT, same as you. Someone should assess how you’re doing since you refused medical treatment after the fire.”
“Don’t need to assess anything. I’m fine.”
He rolled a gloved hand into a fist and propped it on a central beam, leaning like he wanted to shove down the entire structure. “Damn it, Shel, you’re going to get yourself killed if you don’t take care of yourself. I’m one of the team leaders on Search and Rescue. And I will pull you from a mission if you’re not healthy.”

Irritation crackled along her nerves. No way could she give in to the undertone of concern in his voice. “That would be the last thing on earth that you did, getting in my way of doing my job.”
His mouth barely moved. “If it’s a medical call, I’ll do it.”
“This conversation was getting too serious too quickly. And she couldn’t detect a rock bottom for this uncomfortable chat. “So now you’re a medical expert?”
“As close as we’re going to get right now.”
Spin the topic, damn it. Change the subject. Now. “No way, dude. You’re not evaluating my medical condition. Because then I’d have to make you wear the stupid nurse costume and call you ‘ma’am.’”
He paused then shook his head. With a glint in his dark blue eyes, he shot her a broad grin that made her heart flop. “How about I wear the hat?”
“Well . . . ”
“And nothing else.”
Today’s verbal judo wasn’t working like it normally did. Her cheeks warmed up at the thought of an exam by Eric. With him wearing only a nurse’s cap. That image cast her childhood friend in a whole new and uncomfortable light. She broke eye contact. Nope. Nothing would ever happen beyond friendship, and life was better for both of them that way.
Because, with her crappy gift to detect emotion, Shelby’s problem wasn’t intimacy, it was the aftermath, the judgment, the inevitable disapproval, the garbage and static that came along with even the nicest thoughts. Way too much closeness.
She and Eric were friends. That’s the way it had been for years, and that’s how it would be for years to come. Period.


“Fine, Nurse Patterson.” She sniffed. “But I get to decide how to use the stethoscope and blood pressure cuff.” 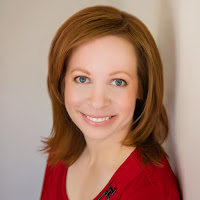 Jillian David lives near the end of the Earth with her nut of a husband and two bossy cats. To escape the sometimes-stressful world of the rural physician, she writes while on call and in her free time. She enjoys taking realistic settings and adding a twist of “what if.” Running or hiking on local trails often promotes plot development.

Get the latest news through the newsletter!

Thanks for having me today on Books and Tales – I’m super happy to be here!

My method is to do thorough character interviews so I know all about their past. Then I plot out everything I possibly can about the story, often pacing around and talking through plot holes.   Then I can typically get that first draft done in 4-7 days, working flat-out for 10-12 hours each of those days.

Sometimes. Mostly, though, they just request their own story. Like in Immortal Flame, book #1 in the Hell to Pay paranormal series, a secondary character, Dante, popped in and demanded attention. Then in HIS book (book #2) Relentless Flame, a secondary character, Ruth, appeared and it became obvious that she needed her own book. Then readers demanded that I do a PREquel book about Barnaby.

So not necessarily “taking over” but more like “hey, look at me, I have a big story to tell”.

Anything with chocolate in it. Or on it. Pretty much chocolate, all day long.

Welp. Time to get a snack now that you’ve made me hungry…

Generally a morning person, but due to my day job (rural physician), I can stay up all hours if needed. And when I’m writing, I will often start early and stay up late if the words are flowing.

I’d love to travel to see the fjords of Norway!

Distant, as related to what? I tend to pick off-the-beaten-path US-based places where I’ve visited or have knowledge of and use these as background locations. Sometimes I’ll make up a town, like in Hell’s Valley the paranormal western series out now. But that town, Copper River, is located in a real county in a real valley below real mountain ranges in western Wyoming.

Even in my prequel novella that starts in Vietnam? Been there.  :)

Yes. Type depends on the mood/tone of the book.

The only time super specific music drove my novel was when I wrote Flame’s Dawn, that prequel novella. I downloaded radio shows of top 40 music from 1968 and 1974, which was when the book took place. I even created a soundtrack of the music I used for writing this book and mentions of particular songs throughout the book. Let’s just say, it got my lava lamp a glowing and the groovy bellbottom jeans aflowing! (Soundtrack is here, if you’re interested:  http://www.jilliandavid.net/blog/flames-dawn-has-a-playlist )

Legacy Lost is book #2 in the Hell’s Valley paranormal western series. Basically I’ve blended rugged cowboys and ranchers with psychic powers, thrown in an unspeakable evil force rising in the valley, and placed them in a remote area of Wyoming in the dead of winter.

The concept behind Hell’s Valley series itself is: Big Valley meets Alphas.

Wow. What haven’t I learned?

Mostly, I learned that I really didn’t know beans about publishing. If you even knew a fraction of how many missteps I made starting out, but still managed to bumble through, you’d be amazed.

I’ve learned to trust the process that works best for me to create novels. I no longer beat myself up if I can’t create every single day.

Started earlier. Maybe. But then again, life and Day Job has really consumed a huge chunk of my life. I don’t know that I could have cranked out whole novels and series of novels a while back.

Other good writers like J.R. Ward, Rebecca Zanetti, Anne Bishop. Also in Day Job, I’ve had the opportunity to experience pain, suffering, hope, joy, loss, fear, and every other emotion in between. I’ve had the dubious honor of seeing how badly people can hurt each other physically and emotionally. I’ve seen the limits of injury and suffering the human body can endure. Never would I wish these experiences on anyone, but that intensity infuses my novels with urgency and realism.

Keep going. Don’t stop, ever, ever, ever. My first novel, which will never see the light of day, racked up something like 200 rejections before I realized that yes, it stunk, and I should move on to a new project. That new project was Immortal Flame (book #1 of the Hell to Pay series)!

From years ago as a kid, I still love the Chronicles of Narnia.


Thanks for having me on Books and Tales! I love to hear from readers, so if anyone has questions, they can connect at the sites listed above or on Goodreads! 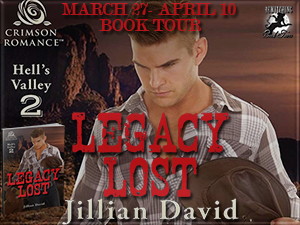