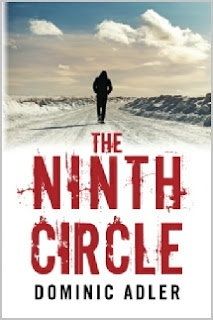 Captain Cal Winter, MC - disgraced Iraq veteran, recovering addict and reluctant assassin. Blackmailed into service for a shadowy private army, Cal’s bloody past catches up with him when he is assigned to protect a Russian oligarch.

Sergei Belov, multi-millionaire patron to a controversial internet whistle-blower, has access to secrets that the Russian FSB wants. The streets of London explode into violence when Cal hunts down the assassins, proving that the best form of defence is attack.

Cal’s rag-tag team of veterans enlist the help of a Russian intelligence officer, tracking the Russian mafia gang supporting the clandestine FSB operation and a bizarre cult of Dante-quoting dispossessed, who are also seeking to murder Belov.

The trail leads to a shattered nuclear reactor in Tatarstan and a web of treachery, spun in the dying days of Communism. 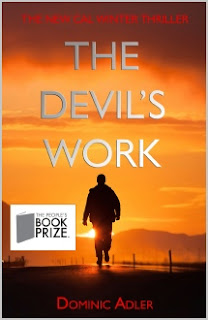 SHORTLISTED FOR THE PEOPLE’S BOOK PRIZE 2016

A war-blighted African state, in thrall to the Chinese…

An MI6 team under suspicion of betrayal, tasked with staging a rescue attempt…

Enter Cal Winter and the press-ganged mercenaries of The Firm, tasked with planning a daring assault on a remote, heavily guarded fortress. But Cal has another off-the-books objective: discover the traitor inside the MI6 team, believed to have been turned by the Chinese Ministry of State Security.

Cal’s mission becomes a desperate warzone whodunnit, the only prize betrayal or sudden death. Outnumbered and outgunned, Cal’s team are hunted by an elite team of Chinese commandos in a blood-soaked game of espionage and deception. As more of The Firm’s secrets are revealed, Cal Winter is left with a perilous choice…

'Channelling ‘The Wild Geese’ and ‘Where Eagles Dare,’ Adler’s hard-boiled, knowing homage to the action thriller has a dark, modern twist.'  - Harry Keeble, author of ‘Crack House’ and ‘Terror Cops’. 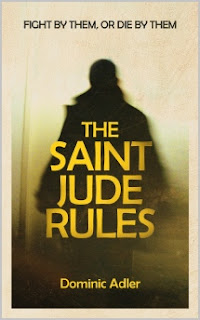 Penniless and desperate, Cal Winter is coerced into working for a band of freelance paramilitaries known as The Firm. After a decade of deniable killing, he plots revenge. Armed with a secret file of The Firm's dirtiest secrets, Winter returns to London. There he discovers the organisation has evolved into something even worse…

Winter assembles a careworn team of The Firm's cast-offs and misfits. Their enemy: a ruthless warrior elite, information warfare specialists battle-honed in the West's 'Forever Wars'.

From Iceland to the City of London, to the lonely marshes of England's southern coast, Winter must stop The Firm. Not just to save the country he once scorned, but to fulfil his vow to be a better man.

Dominic Adler was born in London. After university, he spent over twenty years working for a UK law enforcement agency. Dominic is particularly interested in technology, military history, and the politics of the 21st century mercenary.