Book Trailer: The Magus by J.M. Fletcher and J.P. Fletcher 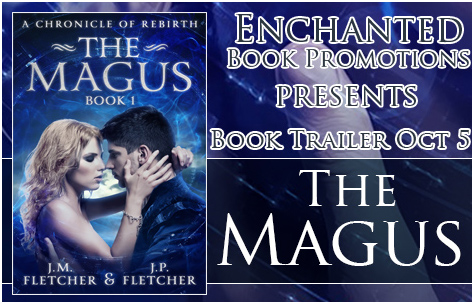 Everyone had heard of the Magus of Danthamore, a powerful, dangerous, and ruthless man. Nelina, who was sold on the slaver’s block by her unscrupulous uncle, now finds herself as a slave of the Magus. Finding that he is more than what he appears to be, Nelina follows her heart as the irresistible and handsome Magus leads her into a world she had never dreamed existed.

Ru’ark who had become known as the Magus of Danthamore, used the power he wielded with little regard for the people beyond his homeland of Aghadine and the Waste. Finally, after years of diligently searching he has found the perfect vessel he needs -the voluptuous, flaxen haired Nelina. But, when the time comes, will he be able to sacrifice his own feelings, or instead betray his own people?