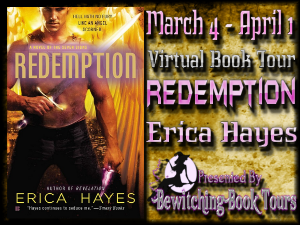 Erica Hayes was a law student, an air force officer, an editorial assistant and a musician, before finally landing her dream job: fantasy and romance writer.

She hails from Australia, where she drifts from city to city, leaving a trail of chaos behind her. Currently, she's terrorizing the wilds of Northumberland.

Thanks for hosting me on Books and Tales today!

I'm a planner. The story can't flow if it's got nowhere to go.

Nope. My main characters behave, mostly, because I've already planned the coolest things for them to do. My secondary characters like to demand more page time than they strictly deserve, though.

Sugar. Does that count as a food? Mmm, chocolate…

I am a total shambles in the mornings. Probably because I stay up too late.

I've never seen any Inca ruins. That would be cool.

I have books set in Melbourne (Australia), near-future New York City and the far-future Galactic Empire. So yeah :)

No. I prefer silence, or just ambient noise. Anything more is too distracting.

Redemption. It's a fallen angel/vampire romance. Broken vows, shattered convictions, long-forgotten sins scraped raw. Oh, and the Apocalypse. There are evil demon princes, crazy archangels and plagues of cursed bloodsuckers. The sky might rain fire at some point.

If you don't ask, you don't get. The easiest answer is always 'no', so be the solution, not the problem. And no risk, no reward.

In my publishing career? Yeah, sure, in hindsight. We were all doing stuff five years ago that these days we wouldn't dream of, and there are so many more opportunities now. But everyone's needs and desires change over time. Nothing wrong with evolving.

Loads of things, no doubt. It's hard to pinpoint exactly where your style comes from, or why you've chosen your core story. I write about 'the evil within' a lot. Pretty much all my books feature someone with a 'second self', a dark side they struggle with, a voice in their head. I'm not sure what that says about me…

The enthusiasm of most beginner writers outshines their skill. I know mine did! But that's okay. Just don't lose the enthusiasm when it gets difficult. And if it doesn't get difficult, at some point? You're doing it wrong.

Seriously, does anyone have a single favourite book? A few that I've read over and over again are EXQUISITE CORPSE by Poppy Z Brite, THE COMPANY by Arabella Edge (those are both about psychopaths… hmm…) and the Song of Ice and Fire series by George RR Martin. And I'm yet to read a Stephen King book I didn't enjoy.

Any places readers can find you on the web? 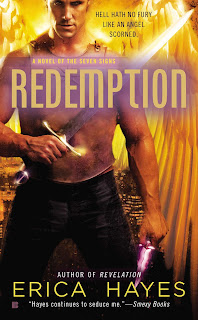 Japheth the Tainted is on the hunt for a mysterious demon vampire. But meeting her face-to-face might disarm his warrior spirit—and spark an unquenchable passion with apocalyptic consequences.

As a fallen angel, Japheth is determined to make his way back to heaven by staying pure and slaying hellspawn. With a new scourge of vampires unleashed by a blood-drinking demon, the Prince of Thirst, there’s plenty to be done. But Japheth is after one vampire in particular—the one they call the Angel Slayer.

Rose Harley never wanted to be a vampire, but the Prince of Thirst can turn even the kindest soul into a soldier of hell. Feeling abandoned by God, she stalks the West Village taking revenge on his angels—until she meets her match.

When Japheth and Rose encounter each other, the battle is fierce and charged with desire. But when they discover a common enemy—the Prince of Thirst himself—they form a dangerous alliance that could either cost them their eternal lives, or spark a love more powerful than heaven or hell.


Win a Kindle Fire http://www.amazon.com/gp/product/B008GFUA4C or if the winner lives outside the US they will receive an equivalent value Amazon gift card