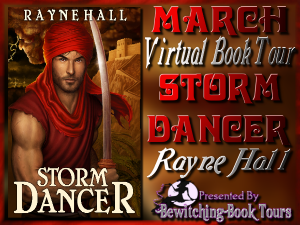 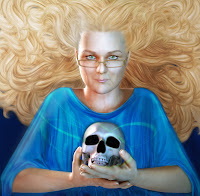 Could you tell us a bit about Storm Dancer?


Storm Dancer is a dark epic fantasy novel. The hero, Dahoud, needs to atone for the atrocities he committed as a siege commander. He works to build a new life, but his dark past won't let him go.

Ruling the land he once devastated, how can he keep the secret of who he really is? He is possessed by a demon that tempts him back into his old ways. How long can Dahoud resist the lure? He fights to shield his people from war's violence - but the worst danger comes from himself. How can he protect the woman he loves from the evil inside him?

I plan some, and let some flow. Switching between the two leads to the best stories.

I've worked abroad (in Germany, China, Mongolia, Nepal and other places) and travelled a lot, and my imagination has journeyed yet further. For now, I've settled in a small town on the south coast of England. On cold, wet, blustery days I dream of somewhere dry, sunny and hot.

My fiction features many of the places I've visited, and also cultures from the past. Storm Dancer is set in a fantasy world loosely based on Bronze Age civilisations in the time of the ancient Persians, Egyptians, Hittites and Greeks, and the climate and landscape is inspired by North Africa and the Middle East.

Instrumental music with a steady rhythm is best. I like music that relates to the culture, mood or theme of the story, and I create playlists for each piece. When writing Storm Dancer, I listened to Arabic and Ottoman music.

My characters wait until I've written the whole book, and then they tell me “It didn't happen that way!” and insist I rewrite it all.

Dahoud was reticent. He didn't let me into his secret for a long time. It took several rewrites before he finally admitted he was possessed by a demon, and even longer before he revealed just how terrible the things were he had done in the past.

Merida told me I had got a whole section wrong because she would never do that, and unless I changed it, she would not cooperate for the rest of the book. I tried to argue with her, but eventually I gave in, and with hindsight I admit she was right.

When my main characters talk to me, I've learnt to listen. They know the story best. It's as if they've lived it already.

Minor characters are a different matter. Some of them are like starlets, constantly scheming to get bigger roles. They try to take over the novel and become the big stars. If they grow too troublesome, I delete them from the plot.

My rhythm is all over the place. Often, I take naps during the day, and get up in the middle of the night to write.

I've become a much better writer. When I started, I thought my writing was brilliant. Now, when I read those early efforts, I cringe.

As a trained publishing manager, I've always had knowledge of the publishing industry, but publishing is changing so much and so rapidly that I need to keep learning and adapting all the time.

I wouldn't rush to seek publication until I had mastered the writing craft really well.

Other authors have been a huge influence. From Stephen King, I learnt how to manage tension, from Jane Austen how to use dialogue for characterisation, from Gene Wolfe how to challenge reader perceptions, from Lisa Gardner how to build suspense. I learnt fantasy world-building from Dave Duncan, plot structure from David Gemmell. Edgar Allan Poe showed me how to delve into the human psyche for scary horror without gore, Marion Zimmer Bradley how to weave an epic plot, Tanith Lee how to infuse stories with darkness, Charles Dickens how to create characters who are quirky and real.

Learn the craft to a high standard and become the best writer you can possibly be.

Just one book? Just one writer? I can give you a shortlist of three hundred. 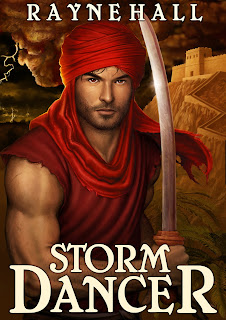 Demon-possessed siege commander, Dahoud, atones for his atrocities by hiding his identity and protecting women from war's violence - but can he shield the woman he loves from the evil inside him?

Principled weather magician, Merida, brings rain to a parched desert land. When her magical dance rouses more than storms, she needs to overcome her scruples to escape from danger.

Thrust together, Dahoud and Merida must fight for freedom and survival. But how can they trust each other, when hatred and betrayal burn in their hearts?

'Storm Dancer' is a dark epic fantasy. Caution: this book contains some violence and disturbing situations. Not recommended for under-16s. British spellings.

An ebook copy of Giveaway is an ebook at each stop. The book is "The Colour of Dishonour - Stories from the Storm Dancer World". Please add a comment along with your email address to enter :)
at March 23, 2013