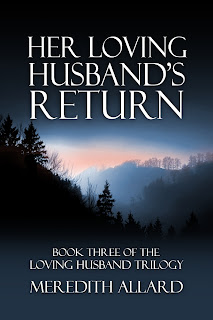 “I need to get home,” James said aloud.


He heard shuffling behind the wooden plank that separated his quarters from the rest of the barrack. “We all need to bloody well go home,” he heard.

What would you do to return to the only one you have ever loved?

James Wentworth’s secret is no longer a secret, and now he and his beloved wife, Sarah, have been separated. While suffering his own internment, James is reminded of his time with Japanese-Americans in the Manzanar Relocation Camp during World War II, and he cannot allow the past to repeat itself. With the help of his friends—Chandresh, Jocelyn, Timothy, even the irreverent Geoffrey—James learns what it means to return, and he is determined to return to his Sarah no matter the challenges—or the consequences. Will James and Sarah be reunited once and for all despite the madness surrounding them? Will James’s most fervent wish be granted? The changes in store for the Wentworths may be irreversible. 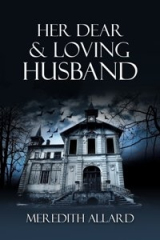 James Wentworth has a secret. He lives quietly in Salem, Massachusetts, making few ties with anyone. One night his private world is turned upside down when he meets Sarah Alexander, a dead ringer for his wife, Elizabeth. Though it has been years since Elizabeth's death, James cannot move on.


Sarah also has a secret. She is haunted by nightmares about the Salem Witch Trials, and every night she is awakened by visions of hangings, being arrested, and dying in jail. Despite the obstacles of their secrets, James and Sarah fall in love. As James comes to terms with his feelings for Sarah, he must dodge accusations from a reporter desperate to prove that James is not who, or what, he seems to be. Soon James and Sarah piece their stories together and discover a mystery that may bind them in ways they never imagined. Will James make the ultimate sacrifice to protect Sarah and prevent a new hunt from bringing hysteria to Salem again?

How far will you go to protect the one you love?


Finally, after many long and lonely years, James Wentworth’s life is falling into place. Together with his wife, Sarah, the only woman he has ever loved, he has found the meaning behind her nightmares about the Salem Witch Trials, and now they are rebuilding the life they began together so long ago.

But the past is never far behind for the Wentworths. While Sarah is haunted by new visions, now about the baby she carried over three hundred years before, James is confronted with painful memories from his time with the Cherokee on the Trail of Tears. Through it all, the persistent reporter Kenneth Hempel reappears, still determined to prove that the undead walk the earth. If Hempel succeeds in his quest, James and Sarah will suffer. Will the curse of the vampire prevent James and Sarah from living their happily ever after?