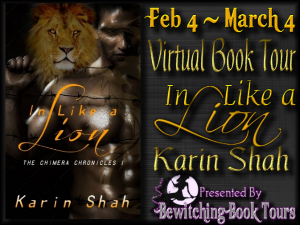 If there's one thing that slows down a writer, (besides rampant insecurity and raging doubt monkeys) it's research. Yesterday for instance, I was happily preparing to write my next scene in Chimera 2. This scene has a title in my head. It's called "lions frolic in Central Park."


Of course, having been to Central Park a few times, I know it's vast--almost 850 acres. I know it has woodlands and meadows and castles and ponds, but where is the most secluded place for lions to frolic? And, in human form, er, have a little "fun."

What are the hours?

Turns out Central Park is only closed from 1am to 6 am, but they recommend skipping it after dark. Dark is exactly when my chimeras need to frolic.

Luckily, in this day and age, there is a handy dandy website or two with this info, but remember, writing is hard and research is easy, so while I find out the best place for lions to canoodle in Central Park, precious writing time is slipping away.

But IN LIKE A LION, the first book in the Chimera series takes place in Los Angeles, (which I've only been driven through on the way to Anaheim) and the Mojave National Preserve, (Where I've never been) and Las Vegas (Ok, somewhere I've been a few times). I practically wore out google earth! (and, no doubt, the patience of friends who've been there)

Now, Chimera 2 is set in Western New York, and NYC. Chimera 3 (probably) takes place in Kansas. I can see the research piling up before my eyes, when all I want to do it write about Chimeras falling in love. Ugh!

Oh, well, maybe they can fall in love--in space. 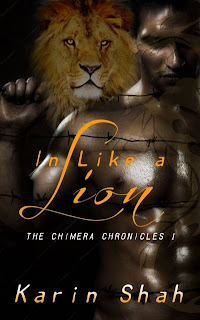 
Research scientist, Dr. Anjali Mehta, lost her beloved family in an earthquake. Only her work cuts through the paralyzingly grief, but when she finds her new research subject, reputed mass murderer, Jake Finn, maddeningly uncooperative and inexplicably sexy she's tempted to run away. How can she burn to touch a killer--a man behind bars?

What she doesn't know is that Jake is a chimera, a shapeshifter who can change into a lion or a dragon with all the strengths of both even in human form, who believes his ability to shape shift is nothing but a terrifying hallucination, and his overpowering attraction to his new doctor proof positive he’s finally gone over the edge.

And the employer she trusts has an agenda all his own. If she can't believe the impossible, neither she nor Jake may make it out alive.