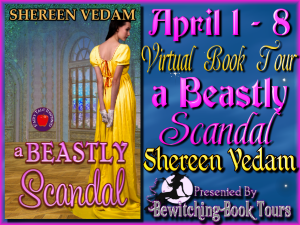 A BELLE OF THE BALL…

Lady Annabelle Marchant was a belle of the ball in London until she used her psychical senses to save a man’s life. She failed miserably, leaving him dead and her disgraced. All she wants now is a chance to comfort his widow by cleansing the woman’s home of her husband’s restless spirit. But the widow’s son, the beastly Lord of the Manor, accuses her of coming to the wilds of Cheshire to snag him as a husband. Thoroughly disgusted, she is bent on proving him wrong.

Lord Rufus Marlesbury, the Earl of Terrance, is suspected of murdering his father. He has come home to clear his name by finding the real killer before the new year or the king has promised that Rufus will be called in front of the House of Lords to answer for the crime. He does not have time to waste fending off a marriage-minded miss who has inveigled an invitation to his home by playing on his grief-stricken mother’s worst fears.

…WHEN A MURDERER IS ON THE RAMPAGE

With an unruly manor ghost terrorizing the occupants and corpses piling up in the village, Belle must find a way to see the man beneath the beast and Rufus must learn to believe in the love of a woman who has no reason to trust him. Only by working together can they stop a vengeful ghost before it torments the guests or before the killer strikes again.

Lord Terrance may have forbid her from coming to his manor house, but she was determined to clear his country home of its resident ghost.


“That is a desolate looking house, is it not?” Winfield said. “I would have it torn down and rebuilt in a more flattering style, but Terrance seems fond of this monstrosity. So what brings you so far north, my lady?”

She faced the gentleman. “I have come for a visit with Lady Terrance. She is my grandfather’s friend.”

“I had heard the countess still wore dark colors.”

Before she could respond, a loud crack sounded. She sensed danger stab from above. With a shouted warning, she pulled Mr. Winfield out of harm’s way just as an icicle crashed and shattered where they had stood. She protected her face as splinters flew in all directions.

Mendal screamed. The owl fluttered its one good wing and screeched. The dog barked ferociously.

Mr. MacBride spoke first, his voice quivering and eyes wide with terror. “It is an omen, ah tell ye.”

“He is right,” Mendal said, sounding unusually timorous as she crossed herself. “We should leave. Bad luck comes from going where we are not wanted.”

The front doors opened then, and a footman descended. Immediately, the dog raced up the stairs and inside.

“Dog!” Belle called out in alarm. The animal might wreck the place. This was not how she had hoped to introduce herself to the countess.

An older woman, dressed in black, moved to the open doorway. Belle recognized her from a drawing her grandfather had shown her. This was Lady Terrance. She gave off waves of fear as she looked toward the roofline.

Belle’s worries drowned beneath the lady’s emotional assault, leaving her head pounding with a headache. Through that onslaught, Belle’s purpose became crystal clear. This is why she had come here. Lady Terrance needed her.

Introduced to fantasy at a young age, Shereen's reality is merely a starting point to other realms.


Her world is populated with little people with agendas, elements that talk and spells that rarely work as designed. Her heartwarming historical tales have a healthy dollop of mystery mingled with heart-melting romance, all stirred with a pinch of magic. In her brand new fairytale-inspired Regency romance series, she brings you four beloved fairytales, with a new twist.