Book Spotlight & Interview: The Space Between by Kristie Cook 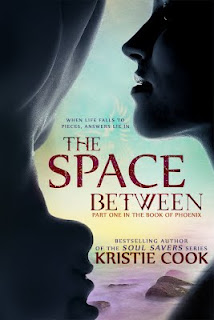 The Space Between
by Kristie Cook
New Adult/Paranormal Romance

After a month-long dance tour through Italy, 20-year-old Leni Drago returns to Georgia to care for her great-uncle, only to find him gone, the home they shared empty and any evidence he ever existed wiped out. All that’s left is a journal she can’t open.


Jeric Winters has been searching for a piece of his past for over a year, only to reach a dead-end in Georgia. When an urgent and magnetic pull draws him out of his hotel room, he comes face-to-face with the beautiful dancer who’s been haunting his dreams day and night.

Jeric’s one to stay away from—a bad-boy, hit-it-and-quit-it type—but Leni can’t escape the fervent feelings between them. As their own existences begin to crumble around them and shadowy forms that are more monsters than men attack, they realize there’s more to the connection between them than physical fascination.

To solve the riddle their lives have become, they must embark on a journey that requires them to face their pasts and release their true souls. And they must do it fast—dark ones from another world are closing in, intent on killing them. Permanently.

LENI – The overhead lights fell dark for the last time as I opened the dressing room door. The back exit stood open at the end of the hall, allowing in enough light from the streetlamp outside to show my way. I inhaled slowly, cherishing the musty smell of an old theater mixed with the odor of dancers’ sweat and the fragrance of white roses. I silently said my goodbyes as my feet carried me outside.


“Thank you, Uncle Theo,” I whispered as I left the theater for the last time. Only because of him did I even have this opportunity. I couldn’t wait to tell him all about it.

A large, muscular body flew at me, swept me into his arms and twirled me around as though we were still on stage. Laughter bubbled out of my chest.

“You ready to celebrate, caramia?” Alberto asked as he set me down.

“Celebrate that you’re finally getting rid of me?” I teased.

He clapped his hand over his heart, and his face fell into an exaggerated expression of pain. “Oh, Leni, you do not know how I will miss you and your mane.”

He swatted playfully at the bottom of my curls. He had no idea how I would miss the way he said my name, drawing out both syllables, “laaaay-kneee,” like only an Italian could do.

“But you won’t miss my heels on your toes or my arm in your face?” I said in mock disbelief.

He took my hand and danced me down the cobbled street toward the plaza at the center of town. “You are a stunning dancer, caramia. Don’t let anyone tell you otherwise.” He spun me under his arm, my duffle bag banging me in the butt the whole time. “Of course, you have become much better since becoming my partner. But everyone does.”

He winked at me before dropping me into a dip. My bag slid off my shoulder and a hand darted beneath me to catch it. Alberto swung me up and around so that I came face-to-face with the most unbelievably stunning vision I’d seen my whole time in Italy. Which was saying a lot. His eyes—blue, I thought, though the light from the corner post wasn’t enough to be sure—enraptured me. He held my bag out with a small smile that hinted at dimples.

“Grazie,” I said breathlessly as I wrapped my hand around the strap of my bag. He gave me a nod almost deep enough to be a bow, his shaggy blond hair falling in his face. Then, without a word, he turned and walked away. My mouth fell open. “How rude.”

“Must be American,” Alberto said. I punched him in the arm.

“Who goes out of their way to catch a falling object and then can’t even say ‘you’re welcome’?” I asked absent-mindedly as I stared after the retreating body that rivaled Alberto’s. No, scratch that. It totally beat out Alberto’s even on his best day.

“What an ass,” Alberto muttered.

“No, I mean what an ass that man has.” He let out a low whistle.

I laughed and admired the view as well. “I can agree with that.”

JERIC – I flipped to the picture I’d drawn a couple of weeks ago during my search in Italy. I’d woken from a dream, one I’d been having for years, and as I had previously, I’d felt the need to sketch the girl who had me waking with a painful boner. Now that I’d met her in real life, I couldn’t deny the girl in my sketches was Leni—curly hair, exotic green eyes, full lips and breasts, her skin … as if the absolute best features of both African and European blood had been blended together and given to her. The Leni I’d just met would probably never wear the leather bra, miniskirt, and knee-high boots I’d drawn her in, but damn if she wouldn’t look hot in them. The vision came to me clearly. Too clearly. I had to place the book over my lap to hide the full-blown wood pressing against my jeans.

I needed a distraction. I needed to get her out of my head. I bought several little airline bottles of rum and dumped them in my Coke, but they weren’t enough to blur the image of Leni’s face in my mind. When the smoking hot flight attendant ran her finger over my arm then dropped a napkin with a message on my tray (“Meet me upstairs?”), I couldn’t resist. I snuck up the spiral staircase to the empty upper level and found her in the bathroom wearing nothing but heels and thigh-high stockings, tendrils of bottle-bleached hair barely hiding her fake tits. Flight attendants like this had made me a lifetime member of the mile-high club—they wanted nothing more than something to make the transatlantic flight more interesting. My perfect kind of girl.

Unfortunately, my eyes only saw Leni’s body under my hands. 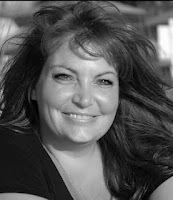 Besides writing, Kristie enjoys reading, cooking, traveling and riding on the back of a motorcycle. She has lived in ten states, but currently calls Southwest Florida home with her husband, three teenage sons, a beagle and a puggle. She can be found at:


The writing process for every book varies – sometimes things that worked before don’t now and sometimes it’s just about trying new methods – but for my more recent books, I do a lot more planning than I used to. However, there’s still a lot of exploring going on as I write. Sometimes what I think happens isn’t what really happens – the characters go off on a different path that really makes much more sense. So there’s still a lot of just letting the story flow, which keeps it fun and interesting for me.

Ha! Yeah, just said that. lol Usually, though, it’s because I have this great planned plot, but as I get to know the characters better, I realize there are certain things that just don’t fit with them. When they take over, it’s because they’re doing what comes naturally or comfortably for them. Sometimes I have to get them back on track – no story’s interesting when the characters are comfortable for too long – but sometimes their way makes for the better story.

For a foodie, that’s like asking what’s your favorite book. lol I love trying new things, but I also have some favorites (plural with an S) such as Mexican, Sushi and, of course, chocolate.

As you read this, I’m in England for the first time ever. So as I write this, that’s what I’m dreaming of. lol I’ve wanted to go to Greece and Australia since I was a kid, though, and more recently to Italy. I just want to see as much of this beautiful Earth as I can with the time and means given to me.

Yes. The Space Between starts in Italy. The characters in the Soul Savers Series travel all over the place, including Greece, Australia and Siberia, as well as all over the U.S. A hint of the next book: They’ll be going to the UK (fitting with my travels, right?). *grin*

The Space Between is a paranormal romance/contemporary fantasy that’s really different than anything out there. It tells the stories of two different couples, one in the present and one in 1989. You get girl and guy POVs, but (thankfully) readers say it’s done well and not confusing. *whew* The story is about the connection between each girl and guy and how they relate to the other couple in the story. I keep getting reviews that say, “mind blown,” exactly what I was going for. *grin*

Oh, sheesh, where do I begin? My biggest lesson that I share with anyone asking for advice is to not give up. Books are not written in one draft and the first draft always sucks, I don’t care who you are. Don’t stop. The first book, even with revisions, may not be a good one. Don’t give up. Keep writing. Keep submitting. Keep improving. Keep going. When you are published and sales aren’t what you hoped for, don’t give up. Go back to writing. Write more. Publish more. Just keep going. Because if this is truly your passion, giving up will kill a little piece of you. Perhaps a big piece. And that would be the saddest thing I can imagine. Stay true to yourself and don’t give up.

I think everything goes the way it does for a reason. Whatever mistakes I made needed to be made so I could grow and improve as a writer and an indie publisher. Do I wish things had gone differently? Yes. Would I have done anything differently? No. I appreciate every step I’ve taken on this magnificent journey and can’t wait to see what it holds for me next.

Writers are influenced by pretty much anything and everything. It might be the color of a woman’s sweater at the coffee shop that inspires an eye color that belongs to a face that becomes a new character. The words or even the tune of a song might be exactly the tone a writer is trying to create in a particular scene. An overheard conversation may provide the words we were searching for in a piece of dialogue. There is inspiration everywhere. The world influences me.

Determined, passionate, tired (lol – too tired to think of another word)

Gah! I can’t answer that! Can you??? I think J.K. Rowling is a genius. I loved Stephen King’s works as a teen. I think Judy Blume, Beverly Cleary, J.R.R. Tolkien, Karen Marie Moning, J.R. Ward and Colleen Hoover are all fabulous writers. Some better than others, but I still love all of their stories. I can’t name a favorite. Impossible.