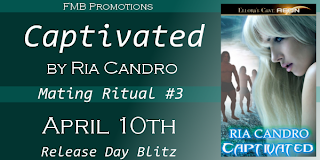 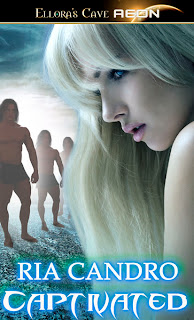 Two years after her home planet was decimated by the evil Malucons, Cindra believes she’s finally found happiness again. A surrogate family has taken her in, and she’s now engaged to their son. Life is good…if a bit boring. But then four breathtaking Spygians appear in her new world. When they claim her as their mate, a lifetime with her staid fiancée—who seems so disinterested in sex with her—no longer seems quite so appealing.

Bannor, Devan, Stefon and Tempos are utterly shocked to learn their destined mate is already betrothed to someone else. They are determined to win her heart—by seducing her body in every way and position, individually and together. After all, she feels the lusty call of their bond as strongly as they do.

For Cindra, choosing the Spygians means a lifetime of danger and uncertainty, for they are practically at war with the Malucons. But the delicious temptation of four hot-blooded Spygians could prove too much to resist.