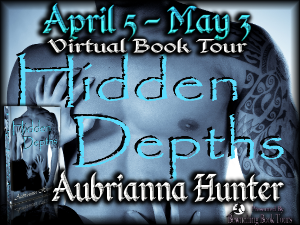 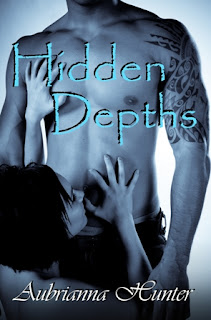 She is pierced, dyed and tattooed born on the wrong side of the tracks. He is a traditional white knight born of the proverbial silver spoon. Their meeting was an accident, the fact that they became even the most tentative of friends, an anomaly. The only real thing they had in common... chemistry. Lots of chemistry. Unfortunately, that wasn't enough and Gia knew it. Now, if only she could convince her body...

Josh had always walked the line, lived the life he was expected to live. He had, by all accounts, the perfect life; a corporate lawyer, a beautiful home, a family empire to run, and the perfect fiancee. He was well on his way. The only question he had... was that really where he wanted to go? Plagued by dreams, Josh fought all his natural instincts, denying not only what he truly wanted but who he was deep down inside. Until one crazy night when he gave in to his desires...

Could these two polar opposites have more in common than even they realize?

Everyone started peeling off clothes, slathering on sunscreen and racing into the water. Kicking off her sandals, Gia was one of the last, still putting her keys away and tucking her purse under the umbrella. She pulled off her shirt and shorts then turned, surprised to see Josh standing there with his shirt still on. Since they were the only two left on the sand, she felt she could speak freely. And, she knew why he wasn't in the water yet.

"It's healed enough to go in, ya know. Make sure you coat it with a layer of sunscreen and wash it really well when you get home, but it's been over two weeks, you're fine to swim. Besides, it's too fuckin' hot not to."

"Yeah, I'm not worried about that."

"Then why are you still up here? Want to borrow my sunscreen?" Gia tossed it over to him then turned and reached for her hat. At his hiss of breath, she turned and looked at him. He looked... strange. He stared at her, his eyes roving over her, head to toe.

"Okay, I know I'm not as skinny as they are, but I've never had any complaints, so quit staring at me. And I know it's not about the ink. You've seen most of it before, and now you have one of your own."

"I'm not stupid, dumbass." All of a sudden it dawned on her why he was still standing there. She couldn't stop the laugh that bubbled up at her realization. "You haven't told her, have you? Deb doesn't know you have a tat."

Now he glared at her, no longer taking in her body, just staring straight into her eyes, all pissed off and pouting like a petulant child.

"Now, how the hell did you manage that. I mean, I know she has her own place still, but seriously, it's not a little tattoo, Josh. How could she not see it when you're doin' the nasty? Unless, wait, are you a shirt on kind of guy?"

This time he didn't even bother with words, just growled at her, a low menacing sound. Which sent Gia off into fits of laughter.

"So, that's a yes. I don't see why. Having recently seen that torso, I can easily attest to the fact that you have nothing to be shy about. Or maybe you guys are a lights off kind of couple. Nobody can see anything. Am I right?"

His temper finally snapping, Josh stepped up to Gia, leaning over her in an obvious attempt to seem threatening. "I am not embarrassed, as I thought I'd already proven when I stripped in your shop. And I don't need the lights off. I like to see what I'm doing, where I'm touching. See the reactions I'm causing with my lips and my tongue. See everything, including the look of pleasure when I bury my cock inside her."

Licking her suddenly dry lips, it took two tries before she could make her voice work. If she didn't know better, she would swear he was talking about her, not Deb. Standing up on her toes, bringing her face closer to level with his, she went nose to nose with him. She refused to be cowed, and she damn sure wouldn't let him know what his words were doing to her. "Well then, how is it that she hasn't seen it yet?"

Josh's head snapped back. He took one step, then another backward, away from Gia. "Because, we haven't exactly done the 'nasty', as you put it, since I got the work done."

Gia was shocked. Truly, completely stunned. There is no way she could keep her hands off a man like that for almost three full weeks. Three full hours seemed like too long. Three days... forget it.

With a casual shrug and a wicked smirk, she said, "Well, that explains so much. You're sexually deprived. How long had it been before the tat? You know, sexual frustration can make you do some very foolish things. Oh, and I need to make sure to get Deb a really good BOB for her shower gift. If you're not taking care of business she definitely needs a battery operated boyfriend. There is no way I could go three weeks without rubbin' one out. I'm more of an everyday sort of girl."

Leaving him standing there with his mouth hanging open, Gia strolled down to the water. She lifted one arm, pushing her hat further down on her head and added an extra little swing to her hips as she walked. Being hard up definitely explained the hard on a few weeks ago. Not to mention all the flirting he'd been doing. She figured the extra wiggle might be just exactly what he needed.

As she waded out into the water she grinned, thinking of the fireworks about to start when Deb caught sight of the tattoo. When she heard splashing behind her she turned, just in time to see Josh diving at her in a full body tackle.

As she came up sputtering, her hair hanging in wet strands sticking to her face, Josh felt infinitely better. He'd already been aroused just by the sight of her in a bikini. Her taunting and his little description of sex had made him hard as a damn fence post. A situation that was made worse by the visual he'd had of her 'rubbin' one out'. Since he knew there was no real way to hide the evidence of his desire, getting into the water as quickly as possible had seemed like a great idea. Taking her down a peg in the process had been even better.

"Josh, damn you! Now I have sunscreen running into my eyes. And where's my hat?" She yelled all this as she frantically wiped beneath her eyes, trying to stop her makeup from running.

Grinning from ear to ear, Josh scooped up her very wet hat, still full of water, and plopped it unceremoniously onto her head. "There you go, sweetheart, is that what you wanted?" 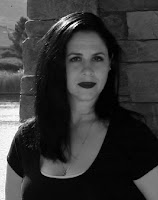 I am often asked; who is Aubrianna Hunter? And the truth is the answer isn't a simple one. Beyond being a dedicated wife and mother, I was raised by a Marine, and married into the Navy.


Needless to say I can go toe to toe with the most sarcastic people you have met, and can dish insults and curse with the best of them. I blurt wildly inappropriate things at precisely the moment when the room goes quiet, so much so that my co-author has nicknamed me Ted... Yes... After the bear in the movie.

Recently my husband has replaced calling me crazy with calling me "Creative", but the tone he uses to do it makes me question his sincerity. Though honestly, crazy is probably closer to reality. I like my hectic life, in fact I thrive in the chaos and would have it no other way.