How Greek Myths Inspire Us to Be Heroes
by Eva Pohler


I fell in love with Greek myths in the eighth grade, when I read Edith Hamilton’s Mythology. Later, after studying Carl Jung and Sigmund Freud, I better understood why most people are drawn to myths: They help us to project and symbolically play out our own fears and desires. Carl Jung wrote of universal archetypes—such as the Madonna, the soldier, and the rogue. Sigmund Freud wrote that art was the opportunity for adults to continue childhood play in a socially acceptable way. Joseph Campbell built upon the works of both Jung and Freud to describe The Hero with a Thousand Faces, which inspired George Lukas in the creation of Star Wars.

As a writer, I, like Lukas, wished to tap into that universal consciousness where fears and desires are shared. Myths make it possible to project universal fears, or what we often call our inner demons, into monsters that can be externally fought and defeated. The most universal fear is death. I created a trilogy for young adults in which death is not only faced and, in some ways, battled, but also embraced and transcended.

In the first book of this contemporary fantasy, The Gatekeeper’s Sons, fifteen-year-old Therese Mills meets Thanatos, the god of death, while in a coma after witnessing her parents’ murder. She feels like the least powerful person on the planet and is ready to give up on life, but the story forces her to fight. As she hunts with the fierce and beautiful Furies to track down her parents’ murder and avenge their death, she falls in love with Thanatos and symbolically accepts her parents’ and her own mortality.

In the second book, The Gatekeeper’s Challenge, Therese has the opportunity to transcend death by accepting five seemingly impossible challenges issued by Hades. All five challenges represent the universal fears of rejection, culpability, disorientation, death, and loss in the forms of a box not allowed to be opened, an apple that shouldn’t be eaten, a labyrinth meant to confuse, a Hydra that wants to destroy, and the allure of bringing back the dead. These same myths are recycled again and again through the centuries because they help us to recognize our inner demons and inspire us to defeat them.

As I finish the trilogy with The Gatekeeper’s Daughter, which will be released on December 1, 2013, I’m holding a contest from January 1, 2013 to October 1, 2013 for my readers. Details can be found at my website at http://www.evapohler.com/contest. 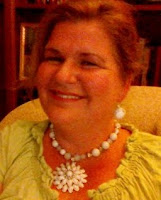 Eva Pohler teaches writing at the University of Texas at San Antonio, where she lives with her husband, three children, two dogs, two rats, and her very large collection of books.


Find Eva at Goodreads at http://www.goodreads.com/author/show/4888434.Eva_Pohler

To purchase copies of Eva’s books, please visit her website at http://www.evapohler.com/books

The Gatekeeper's Daughter
by Eva Pohler
YA Fantasy

In The Gatekeeper's Sons, Therese and Thanatos, the god of Death, met and fell in love. In The Gatekeeper's Challenge, they did everything they could to be together, even break an oath on the River Styx. But the Olympians don't tolerate oath-breakers. In this final book in the trilogy, The Gatekeeper's Daughter, Therese may have finally succeeded in becoming a goddess, but if she wants to remain one, she'll not only have to discover her unique purpose, but also make some allies among the gods. Artemis sends her on a seemingly impossible quest across the world, while Than searches for a way to appease Ares. To make matters worse, her aunt's baby's life hangs in the balance.