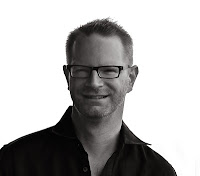 Jame DiBiasio is an award-winning financial journalist and editor. He is author of the non-fiction The Story of Angkor (published by Silkworm Books in 2013) and blogs at http://asiahacks.com. He lives in Hong Kong.

Firstly, let me just say thank you, Books and Tales, for inviting me here. To answer the question: a bit of both. I require a sense of direction and what I want to achieve, but then I let the characters loose – and often am surprised by what they do.

They are like eager racehorses, chomping at the bit.

If it’s prepared with skill and care, I’ll probably love it: guacamole in LA, tortelloni in Bologna, abalone in Sapporo.

I’m American but I live in Hong Kong, and I travel regularly around Asia and the world. I’m planning to visit Myanmar for vacation around Christmas, partly to explore a new place (to me) with a great story, partly to visit the temples of Bagan because I’m into that sort of thing.

Distant to whom? My novel, “Gaijin Cowgirl”, takes place mainly in Japan and Thailand. Those may be distant to someone in the US but they’re right on my doorstep – although they are no less fascinating for that.

Yes, all the time, and all kinds. I need it to get me going. I write on a Mac so I pick something from my iTunes list and let it rip. But once I’m in “the zone”, writing, I don’t hear it anymore. Suddenly hours will have passed.

“Gaijin Cowgirl” is a high-octane adventure introducing Val Benson, flaky Tokyo hostess who stumbles across a map to one of the greatest treasures lost in World War II. With yakuza, motorcycle gangs, rogue CIA, treasure hunters, pimps, Thai boxers and her Congressman father snapping at her high heels, Val burns a trail of destruction across Japan, Thailand and the Burmese borderlands to get the loot before someone less deserving does.

A good editor matters. Someone investing money in your work, even modestly, still matters. Self-published is not “published”; sorry. But the internet has blurred the marketing aspects between published and self-published.

Sure, but I’m not saying what!

Reading a range of great books, of course, but also being engaged with the world, traveling, having an interesting career outside of writing, coming up with stories that someone else should have written but overlooked.

I’ll give you two: “DiBiasio” is of Roman origin and means ‘courageous and brilliant’. “Jame”, of Anglo-Saxon derivation, means ‘not very’.

Anyone who has a true single favourite would be a bit dull. Instead I’ll tell you that, despite my best efforts, I have not been able to get into Jane Austen.

“Gaijin Cowgirl” is my debut novel. I have a non-fiction book coming out this summer from a different publisher called “The Story of Angkor”, about the history of the monuments in Cambodia.

Working Tokyo nightclubs is easy money for beautiful and troubled American Val Benson - until a client with a rather unusual hobby - painting the private parts of his female liaisons - reluctantly gives up a map to a stash of Japanese war loot and tempts his favourite girl into a dangerous treasure hunt.

The Congressman's daughter is not the only one interested in the map: yakuza, bent cops, human traffickers, rogue CIA agents and her father are hot on her trail, snapping at her high heels.

So begins the dark, epic journey of a new anti-hero of Asian Noir, a protagonist both ambiguous and courageous, and utterly unreliable. From comfort women and tomb-raiding in Japanese-occupied Burma to the murderous echoes of the Vietnam War, long forgotten crimes come roaring back to life, as Val leaves a trail of destruction and chaos in her wake.

Together with her best friend, the equally unreliable nightclub hostess Suki, Val travels through Tokyo, Hong Kong and Bangkok to the Thai-Burmese borderlands for a dramatic showdown with her pursuers. Finding the treasure before everyone else does is her only hope for survival, and perhaps redemption.