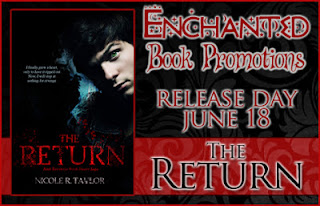 I've wandered my afterlife believing that I was the monster my maker told me I was. It was the only thing I knew. Not even my brother, Sam, could convince me otherwise.

Not until her. Not until Aya. She walked into my life like a hurricane of destruction and nothing would ever be the same again. None of us could have known what would happen next. What fate had in store...

I finally grew a heart, only to have it ripped out.

Now, I will stop at nothing for revenge.

Zac's afterlife is just going from bad to worse. He grew a heart only to have it torn out by the founding vampire, Arturius.

Nobody is sure what he wants, but Zac doesn't want to know. He's more interested in finding a way to end him for good. But, it might just be that he's after Gabby, who's harboring a secret of her own, one that Arturius would do anything for.

Aya's past will come back to haunt Zac in ways he never thought possible and what he finds out will alter everything he ever knew about her. He will uncover a deadly secret that should have remained buried. A secret Aya has fought to keep for thousands of years. One she has killed for.

In the end, who's secrets will betray them to the one man who wants them all dead? Aya's or Zac's?

They'll need to figure it out sooner rather than later, because death is not an option.

Zac had become a permanent fixture at Max's. He no longer cared about the scandalous gossip he was perpetuating as Ashburton's latest alcoholic train wreck. He just wanted everything to go the hell away and the more alcohol he could consume, the better. For the first time since setting foot in this stinking town, he'd had to compel the bar staff. Otherwise they'd cut him off. He was turning into the worst kind of drunk.

The only kind of control Zac wanted was the numb inebriated kind.

He sensed her concern from across the room before he heard her approach. Gabby sat at the bar beside him, worry set in her features as he rolled his eyes.

"You're better," he said, still staring straight ahead, fingers grasped tightly around his glass.

"I know," he interrupted.

She was frowning at him. People frowned a lot in his direction lately. Why were they saying sorry to him? He hadn't had his heart torn out, but he may as well have. They'd all heard, all saw. She'd told him she loved him. They were sorry for him now that she had gone. He snorted, closing his dry eyes.

"What are you doing?" Gabby asked, as if she didn't already know.

"I'm just sitting here thinking about all the choices that I made to get to this point. The pathetic, lonely, homicidal maniac."Because it was true.

"You're not alone, Zac. You have Sam and Liz. Alex. And you have me," she said, firmly.

"Pfft. Sam doesn't want to help me, he wants to change me."

"Zac. You need to pull yourself out of this eventually. Do you think it's what she would have wanted?" she sighed, shaking her head.

Zac turned and glared at her. "Depressed or predator. Take your pick, Tabitha. Which is the lesser of two evils? Which has the lowest body count?"

"Don't..." she whispered, edging away from him.

"This isn't you," she shook her head. "You're better than that."

"Am I? Am I really? What makes you think you even know me? I was a soldier, a trained killer. Its what I was good at. I enlisted in both world wars and Vietnam because I wanted to kill. Oh, he's fallen off the wagon, everyone said. But I was just honoring my true nature, Gabby. A predator who needs to kill to survive," he spat at her, venom dripping from his words. "Everyone wants me to be the good guy. I've never been the good guy. I can't do it. I wasn't good enough for Liz and wasn't good enough to save Aya. That's what being good gets you. Nothing."

He looked over his shoulder towards the entrance, groaning as he sensed who was coming; at who he guessed was coming. Gabby looked towards the door as it banged open, letting in the late afternoon light, and something else. Arturius.

Zac glanced to Gabby who nodded reluctantly. She'd seen him that night in the clearing, his arm bloodied up to the elbow, Aya's heart clutched in his hand.

She grabbed Zac's arm as he went to stand, a low growl coming from deep in his throat. "Stop, Zac. Getting yourself killed is not the answer."

"If I die in the attempt of tearing that piece of shit apart, then so be it. It would be a benefit to the human race."

Arturius leant against the bar a few stools down and ordered a drink, glancing in Zac's direction. He walked up to the Roman and slammed his fist into the bar, glaring at the vampire who ruined everything. 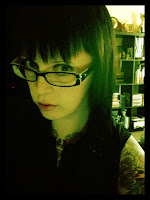 Nicole R. Taylor is an Australian born paranormal, fantasy and contemporary fiction author. She is a graduate of the University of Ballarat Professional Writing and Editing program and is a former music memorabilia sales person and grocery merchandiser.


She currently lives in Ballarat, Victoria, Australia with a two year old rescue cat named, Burger. She enjoys reading, writing, traveling and a little too much chocolate. One day she hopes to sky dive, but has to work up the courage first.

The first in her new paranormal fantasy series, The Witch Hunter Saga is available in print and eBook.

Giveaway:
a Rafflecopter giveaway
at June 17, 2013