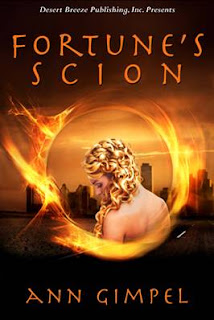 Against stiff odds, Ned learns different isn’t necessarily bad and true love has a way of shining through.

Raised by wizards who never missed an opportunity to remind him of his deficiencies, Ned grows up believing his mage skills are seriously lacking. Conscripted at an early age, he fears it’s a back-handed way to ensure he sustains an honorable death in battle.

Battling prejudice, insidious lies and lack of knowledge about his mage powers—which are really quite different from wizard magic—Ned finds ways to keep going. His first mission away from the wizards teaches him he’s stronger and more resourceful than he thought. Against stiff odds, he learns different isn’t necessarily bad and true love has a way of shining through.

Ned crouched amidst the remains of what had been downtown Sacramento, using a convenient half-decimated building as cover. The rest of his unit hid scattered -- or so he assumed -- in close proximity. A low whistling noise made his heart beat like a mad thing. Enemy magic. Maintaining his crouch, he spun, eyes searching the late afternoon gloom for clues. Not quite sure what tipped him off, he leapt out of the way. A concrete block exploded, showering him with debris.

"Whew! Way too close," he mumbled, wondering for the thousandth time how he, a human mage, ever became mixed up with the wizards' war. Sweat trickled down his forehead. His leather headband caught some of it, but a few drops fell into his eyes. They stung. He shook his head to disperse the salty liquid. The beginnings of a headache throbbed behind one temple. "Landarik," he whispered into his mouthpiece, "Where are you?"

"Right behind you." A voice dripped sarcasm into Ned's ear.

He whipped around. Landarik stood so close, Ned's braids slapped against the wizard's helmet. "I wish you wouldn't do that," Ned said through clenched teeth. "I hate it when you sneak up on me. 'Specially when it could have been one of them. You're lucky I didn't blast you."

"You called me. What do you want?" Speaking through the slit in his bronzed helmet, Landarik looked like a robot. Only his blond braids, with debris tangled in them, ruined the automaton image. He must have noticed Ned's stare because Landarik gathered his ratty braids and tossed them over his shoulders.

"I'm beat. Request permission to return to the caves."

"Mage or no," Landarik grunted, "you humans are more work than you're worth. I release you. Be back no later than first light." Whistling sounded again. Without apparent thought or effort, Landarik raised a hand. A bolt of power flew from his fingertips and vaporized half a small building a hundred yards away.

"How can you know so... precisely?" Ned sputtered.

The wizard tipped the visor of his helmet up. Extraordinary blue eyes and the sharp-boned features characteristic of his race twisted in irritation. "I've told you and told you," he lectured in a patronizing voice that grated on Ned's nerves, "hold your inner parts still, human. If you could manage yourself better, you would be able to hear where the enemy is hiding." He snorted. "Sometimes I find it difficult to fathom how you are still alive." 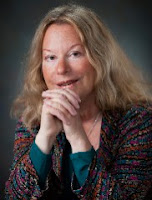 Ann Gimpel is a clinical psychologist, with a Jungian bent.  Avocations include mountaineering, skiing, wilderness photography and, of course, writing.  A lifelong aficionado of the unusual, she began writing speculative fiction a few years ago. Since then her short fiction has appeared in a number of webzines and anthologies. Several paranormal romance novellas are available in e-format. Three novels, Psyche’s Prophecy, Psyche’s Search, and Psyche's Promise are small press publications available in e-format and paperback. Look for two more urban fantasy novels coming this summer and fall: Fortune’s Scion and Earth’s Requiem.