Hope has returned to New York City. Nathan Shepherd leads a small band of dedicated fighters against the Council of Chains and the city's supernatural masters. But it's not enough. Because from the shadows of Nathan's former lives comes an old enemy, one who knows terrible secrets that Nathan has not yet remembered, secrets that could undo everything he has fought for.

Nathan's only chance to uncover the memories of his previous existence, and to conquer these new forces of evil, lies in Elena DeSantis. A woman he has fought beside in past lifetimes. A woman he has loved.

Together, Nathan and Elena are the only future the city has.

Nathan Shepherd opened his hooded coat and quietly drew his sword from its sheath. Scanning the doorways and rooftops for movement, he ventured through the alley, dark puddles rippling under his boots.

Nathan watched the doorways and windows for movement. The creature Nathan was hunting, a vampire named Garth, had been too greedy. The smiling face of a young woman was burned into Nathan’s memory, and the story of how her body was found, what had been done to her, buried in the corner of a newspaper like she didn’t matter. Vampires didn’t have to kill their victims, they just liked to. Garth would pay.

Someone screamed. Nathan followed the sound to a back street and took cover, stealing a quick glance around the corner. He saw two figures running. The lead was a small, rail-thin boy; late teens as far as Nathan could make out. He had a good head start on the pale, bald man hurtling along behind him. Even so far away, Nathan could make out the feral eyes and hear the snarls. That’s him. He lowered his sword and waited.

First the skinny kid ran past. Nathan counted a beat and swung his arm out from around the corner, clotheslining Garth. The vampire hit the ground. The boy he was chasing looked back, then tripped, careening into a trashcan.

“Evening, Garth.” Nathan stepped over him. “Been looking for you.”

The vampire wasted no time on words. He twisted and kicked Nathan’s legs out from under him before leaping to his feet and running toward the boy. Nathan pulled a small throwing knife from a slot in his leather utility harness and flicked it at Garth. The knife lodged in Garth’s back. He turned and snarled. “You’re pissing me off.”

“Good,” Nathan got to his feet. “I was beginning to worry I’d never get good at this.”

Garth sprinted down the alleyway. Nathan swept his sword in a low arc, cutting across Garth’s stomach as he passed. The vampire’s speed threw him off balance, and he let his guard drop. Garth lashed out with black claws across Nathan’s arm. The coat’s armored lining protected him from serious injury, but Garth followed up with two rapid punches to his face.

Tasting blood, Nathan thrust his sword out, running Garth through. He took Garth off his feet with a kick to the knee. Holding Garth down with his foot, Nathan lifted his sword and brought it down on Garth’s neck. It was not a clean cut, but it was enough.

The body began to dry up and broke apart into dust while Nathan backed away, taking in deep breaths. Sloppy. Too many mistakes. If Nathan didn’t get those under control they’d get him killed eventually. At least his hands didn’t shake afterward anymore.

Nathan turned to the boy that Garth had been chasing, who was still lying on the ground.

“Eric.” The boy clutched a gray courier bag to his chest like his life depended on it.

“Why was the vampire after you, Eric?”

The trade. It meant the boy wasn’t just aware of the supernatural; he was an active part of the hidden world. Probably someone’s apprentice.

Eric nodded, “My dad’s store is half a block from here. Baum’s Curiosity Shop.”

Eric began to go, but stopped and turned. “Thank you, sir.”

Nathan nodded a goodbye and closed his coat again before making his way out of the back streets.

Would my parents be proud of me? It wasn’t the first time Nathan Shepherd had wondered that over the last nine months. His mother, Louise, had taught him to look out for those in need. Strength isn’t in your fists, she used to say, it’s in the way people take care of each other. His father, Mike, was a firefighter. He’d spent his life saving people. While Nathan could recall any moment in his life with perfect accuracy, the image of his dad, tall and broad-shouldered, walking out the door in his uniform, held a special place in his heart. The first hero a little boy ever had. The one person he could always rely on to save the day. After being injured by a vampire named Eli, Mike had chosen to save Nathan instead of getting himself to a hospital. He died while Nathan was fighting a soul eater, a monster that fed on the essence of mortals.

I never got to say goodbye. 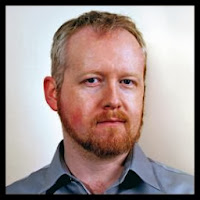 A child at heart who turned to writing and roleplaying games when there simply weren't enough action figures to play out the stories he wanted, Paul Anthony Shortt has been writing all his life. Growing up surrounded by music, film and theatre gave him a deep love of all forms of storytelling, each teaching him something new he could use. When not playing with the people in his head, he enjoys cooking and regular meet-ups with his gaming group.

Paul lives in Ireland with his wife Jen and their dogs, Pepper and Jasper. Their first child, Conor William Henry Shortt, was born on July 11th, 2011. He passed away three days later, but brought love and joy into their lives and those of their friends. The following year, Jen gave birth to twins, Amy and Erica.

Paul's first novel, Locked Within, was released on November 6th, 2012, by WiDo Publishing. Silent Oath is the second book in this urban fantasy trilogy.