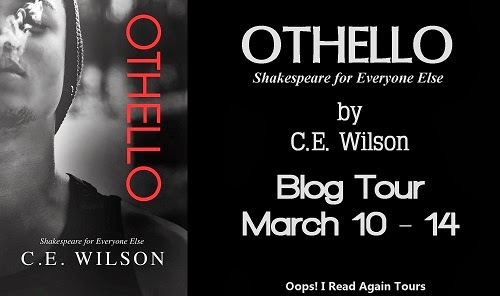 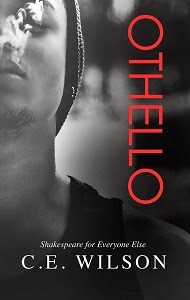 Othello
Shakespeare for Everyone Else #2
by C.E. Wilson
YA
Goodreads | Amazon | Smashwords


Shakespeare’s work features some of the most memorable stories and characters ever created, yet for too many curious readers the combination of ultra-dense dialogue and unfamiliar historical settings make tackling the Bard’s work something between a tedious chore and a confusing mess of bird-bolts and quondam carpet-mongers.

While it’s nearly impossible to replicate or improve on these works, it is (thanks to their timeless nature) possible to make them more accessible to a wider audience.

In this Young Adult retelling of one of William Shakespeare’s most memorable plays, join C.E. Wilson as she breathes new life into Othello, the second book in her series Shakespeare for Everyone Else.

When Archer decides that he’s had enough of Orion and Devony running what he thought was going to be his school he takes desperate measures to ruin everything. Through lies and betrayal, deceit and deception, Archer will stop at nothing to get what he wants, and he doesn’t care whose lives he has to destroy in the process.

Can anyone stop one of William Shakespeare’s most villainous characters in this YA retelling of the epic tragedy of Othello?

“Stop!” Roderick said.  “I don’t want to hear about it.  If you’re so miserable being his treasurer then quit.  Who cares, you know?  You’ve already been rejected—”

“So then I’ll have a rep as a quitter?  Give me a break, I’ll stick it out.  I wasn’t raised to give up when things get shitty.  Besides, with me serving under him, I’m pretty sure I’m at an advantage.  Orion trusts me – he doesn’t know how my mind works.  He thinks I’m perfectly okay being passed over for Micah but he has no idea I’m against him.  At the end of the day, I will serve my post well,” he said sarcastically while giving a mock salute.  “I care about the school and I care about my reputation, but let me tell you this, Roderick.  I’m not the friendly nice guy everyone thinks I am.”

Roderick lifted up his head, looking at his friend curiously.  “If Orion really believes you’re working for him then he’s stupider than he looks.  But what are we going to do about him dating Devony?  How am I supposed to land her for myself if she’s actually with him?” 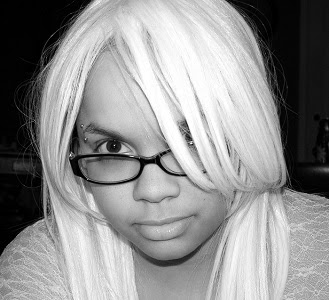 C.E. Wilson is 30 years old and currently living in Pittsburgh, Pennsylvania with her husband and her two dogs and two cats. They are all the loves of her life.

When she's not writing young adult fantasy novels, she enjoys writing short stories to post on DeviantArt. She loves to write stories involving giants and little people (a genre also known as GT) and nothing helps her to write more than a strong cup of coffee with a sweet creamer and taking time at the end of the day to watch some classic movies with her husband.