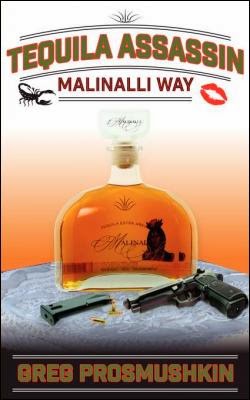 
When Jack Fleming, former agent for the United States Special Forces finds himself in a Mexican prison, he faces the choice between certain death behind bars and starting the greatest adventure of his life: an adventure that will lead him across Mexico in pursuit of cash, drug lords, and the truth.

His options being limited, Jack finds himself deep in the dangerous world of the Alacran drug cartel. As his journey leads him across the landscape of Mexico, Jack learns that he may not be on the side of the law after all, and that the “Law” itself may not be as simple and straightforward as it seems.

In a story packed with intrigue and murder, a brilliant adventure emerges which brings to light the true depth of human depravity, and the surprising goodness that can be found in even the darkest places.

Greg Prosmushkin was born in 1968 in Moscow, Russia. At the age of 11, he immigrated to the United States with his parents. Growing up in Philadelphia, he completed Drexel University and Temple University School of Law. After practicing law for 10 years, he embraced his entrepreneurial spirit and jumped into a variety of ventures, including adult daycares, veterinary hospitals, and even launching a private tequila brand.

Writing a novel, however, has always been his dream. "Tequila Assassin: Malinalli Way" is his first completed novel.