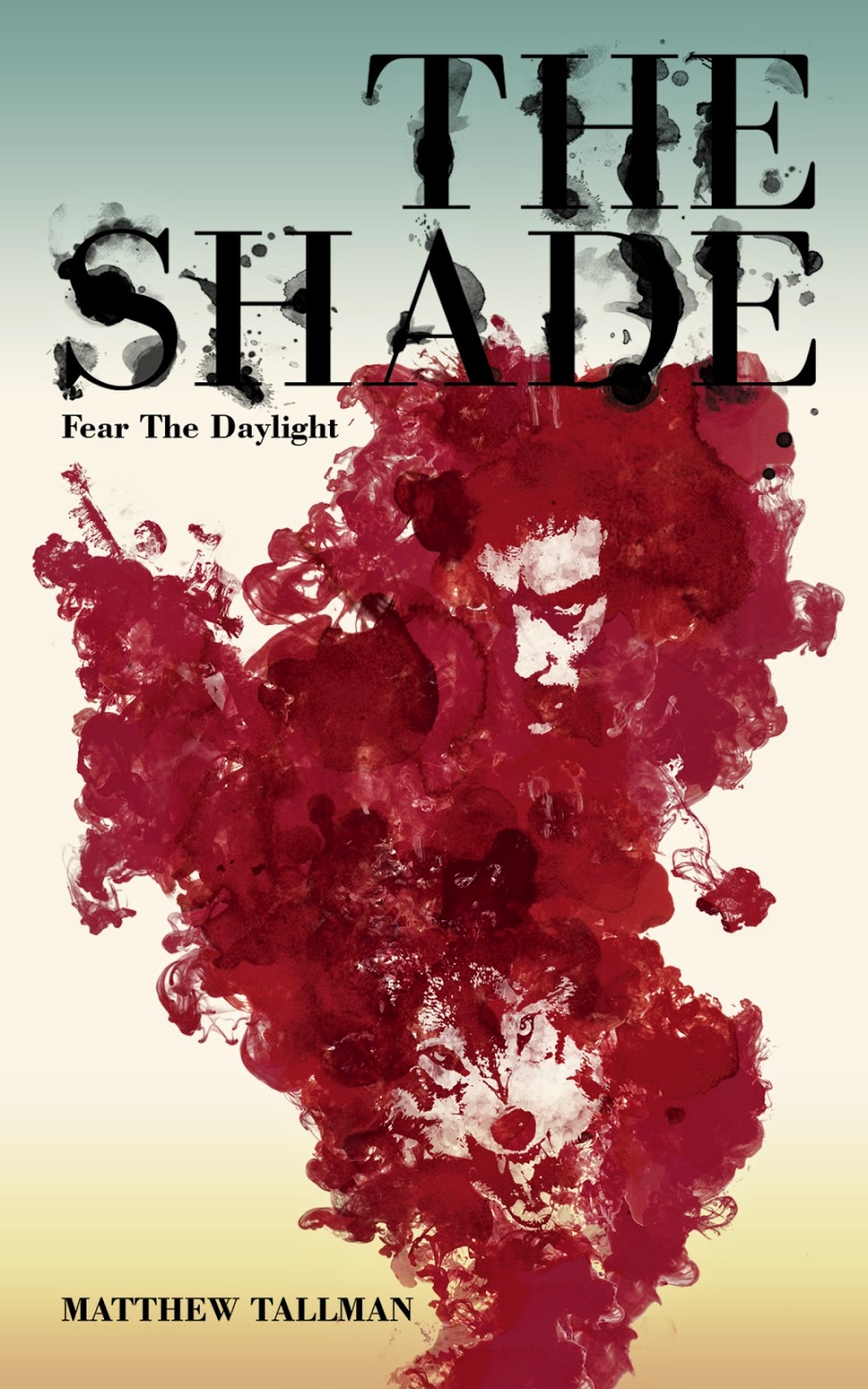 James Langley's life is over. After an automobile accident leaves him comatose, James' body lies vulnerable in a hospital bed. However, his mind is lost, drifting between life and death, into The Shade.

Trapped in a world shrouded by the unknown, he meets Virgil, a mysterious stranger that informs him that his car wreck was no accident; that the man responsible has imprisoned them both, intent on keeping them there. Together they must race against time to get James back to his body in the real world before he becomes the next victim of a malevolent psychopath.

Enter the world of The Shade, where the boundaries of the human psyche are pushed to their limits and survival is not guaranteed. A place where death isn't the end, but only the beginning.

“Virgil—,” I said in an almost whimper. He didn’t answer me. The clouds began to separate letting light through, like rips in a sheet of paper the light tore through and began to fill the air. “Virgil.” I said a bit louder. Then, in an unimaginable burst of power, the sun tore through the clouds like a fist through paper. In an instant, the warmth of the suns light replaced the grey shadows that had filled the air. “Virgil!” I yelled.

That was when he finally took notice; Virgil looked over at me and instantly knew what was going on. His eyes widened as he watched the sun’s rays filter down to the ground. “James run!” He yelled.
I did as Virgil commanded. My eyes set to the horizon, the shapes looking more like houses, but the closest one was still four hundred yards out. My heart cracked hard against my chest as my mind struggled to make my legs run faster.

My head twisted back to see the rays of the sun, they were pushing down from the sky and coming straight for us. “Don’t stop running!” Virgil yelled. My eyes snapped forward, focused on the house in the distance. The sound of loud footsteps filled the soft air in the field as we ran.

Two hundred yards out.
I felt warmth on my back. I knew what it was, but didn’t dare look back for confirmation. Behind us the stampeding sound of two—no four, more sets of feet. Growls erupted as the new sets of feet moved forwards after us.

One hundred yards out.

The sun’s rays had past us. There was never any chance we could out run the light. The growls from behind us had become louder and louder. Closer and closer, the creatures that chased us drew in for the kill. I could see the house we were running to, only fifty feet away from us. My legs burned as they pushed my feet against the ground, making me move faster.

“James, we have to split up.” Virgil yelled at me as we approached the house.

Almost instinctually, my body shifted course and ran to the right of the house. My head twisted back to see if the creatures following us had separated, what I saw was nothing short of pure horror. I saw what pursued us, two massive wolves. Just like the one I had seen in the hospital, the two beasts that followed us were enormous, almost the size of a bear. They didn't really look like wolves, but they ran on all fours. Their black skin shown through the wispy hair that stuck out from their bodies. I turned away from the nightmare that chased us just in time to see Virgil phase through the wall of the building I’d chosen to round.

An instant later, the wolf following Virgil dove through the wall after him. However, the wolf didn't phase through the house as Virgil had, instead it smashed its body against the wall. The sound of the animal ripping through the wall was like a clap of thunder. I continued to run just as Virgil had instructed me. To my left another explosion ripped out through the air. As I ran  down the line of houses every so often, I could see Virgil phasing in and out of homes, as the wolf that chased him smashed haphazardly through walls. My head twisted back to see my assailant, but to my surprise, there was nothing there. My body slowed to a stop and for a moment, I was in the street alone.

I am currently a part time writer and full time government employee. Reading and writing books is one of my favorite hobbies as I enjoy every part of the story telling process. I have been working on three full-length novels for the last three years. I grew up all around the world because my father was in the United States Air Force, the past ten years I have lived just outside of Dayton, Ohio, which is where I now reside with my wife and stepson.

5 ebook copies of The Shade by Matthew Tallman