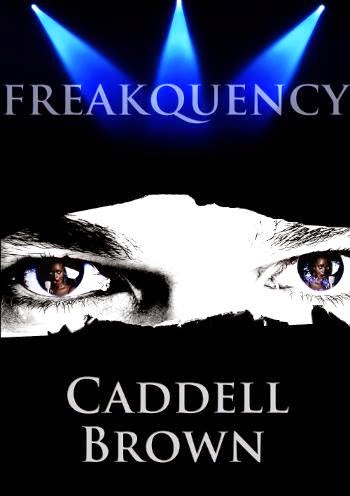 What southern-grown, rock star Rick Chamberland doesn’t know about his family’s dark past comes to light when he returns home to Louisiana at the request of his mother. Rick has spent the last fifteen years of his life dedicated to music, touring the world, completely oblivious to the secrets coded in his legacy.

Meanwhile, Song Peters, a dutiful daughter taking care of a dying mother, dreams of the day she can break free of small town life and pursue her one true passion, singing. Rick meets Song and instantly sparks ignite.

They make beautiful music together and soon find that they share similar upbringings. Rick comes to learn that their families are supernaturally intertwined and that the one denominator (a demon by the name Nova) connected to both families threatens to destroy them all if they do not obey.

"In other entertainment news, after two months of rumor and speculation, international pop star Rick Chamberland filed suit against British gossip rag, PopStarPress, for libel. The suit is regarding his alleged involvement in the murder of twenty-one year old Chastity Wilson, an Oxford University student whose body was found in a downtown London hotel—the same hotel housed the singer, as well as his entire entourage, following one of Chamberland's concerts. Wilson was one of three fans who won an opportunity to meet the superstar backstage. Many have speculated that Wilson not only met Chamberland backstage, but accompanied him to his hotel after the show. Notorious for his party-boy image, Chamberland denied ever meeting privately with Wilson, although there is footage of them together backstage at a fan meet-and-greet. Early this morning, he was seen at Heathrow boarding a flight back to the United States after performing last night at a world AIDS benefit for her majesty, the Queen."

Rick woke from a nap, having drifted in and out of sleep as the jet soared into the air. The sounds of his team, management, and the jet’s crew once a faded rumble as he slept, now soared dramatically. He heard the deep bass voice of his manager Arnie from behind. The other members of his team: his stylist, Maddie, and her assistant, Jett, spoke in hushed tones. They were seated across from Rick and had maintained a quieter voice unlike his manager. But their conversation stalled at the sound of the newscast that blared loudly from Jett’s device. It was this sudden eruption that woke him. He sat up in the seat, stretching, yawning.

“What’s up?” He asked Maddie , but looked to Jett , who attempted to hide the screen of the computer.

“Sorry to wake you, Rick. Jett and I were trying to sync my laptop to her iPad to exchange some sketches she conjured for the American leg of your tour. We got side-tracked with a blog-site. Apparently, you’re dating again.”

“Dating?” Rick sat forward. He looked to the front of the jet and motioned for the flight attendant. “Who am I attached to now?”

The attendant approached holding a tumbler with ice. She fixed his drink. He watched her pour. She smiled at him and held his gaze a little too long. He smiled back. She was a pretty lady with red hair.

Rick looked over. “What? That’s ridiculous. She’s nuts. So I hear.”

Rick took the drink from the attendant and sipped then slurped the vodka tonic. He nodded his approval to the attendant. She backed away, leaving. He watched the sway of her hips as she moved along the aisle. He wondered if there would be time later to visit with the attendant. The interest was there and he was always up for a good time. He drank again, allowing the smooth tonic to soothe his throat.

“There was something else.” He remembered now while wiping his eyes. Maddie and Jett had begun to speak again. “What was that other thing about the police and my show? Did something happen?” He saw Jett put the device away into a holder. He met her gaze, black-rimmed blue eyes. She smiled and seemed about to answer before Maddie cut him off.

“Something did happen after your show, but it’s not something I should speak to you about. Arnie.” Maddie nodded to the back of the jet. “I’m sure he’ll inform you.”

Lead formed in his stomach. He swallowed a long draught, topping off the cocktail and motioned to the attendant for another. He got up from his seat, stretched again and turned to his manager who sat waiting, with a cell phone pressed to his chest and a sour look on his face.

“Is it that bad?” Rick asked Maddie though he looked to Arnie. Arnie’s face was huge. He was a big guy. His jowls fluttered as he blew out a breath. “What, I can’t take a nap and wake up to good news for once?”, Rick asked no one as he began to make his way to the back. He fell into the seat opposite Arnie and waited for the attendant to pour another drink for him before readying himself for bad news. Something was always happening with his fans, but he usually found out after the fact. Arnie and the rest of his team tried their best to shield him from the bad so that he could focus on performing. Since retiring his mother as his manager his “luck” had been equal parts good and bad.

“Leave the bottle.” He touched the attendant’s hand. “What’s happened now?” He asked his manager. Arnie sighed, shook his head and began to explain the news Maddie and Jett had tried to conceal.

As a rule of thumb he tried not to watch the news or read the gossip pages. He didn't want to see himself in the light that others saw him. Even with this latest news of a murder of a woman who had been present at his concert, he wanted to hear nothing more than necessary. Did he personally know the victim? No. Had he met her backstage that night? Yes, along with a number of other adoring female fans. Had she come with him back to his hotel room? Yes. Had he killed her? No way. It was a ridiculous assumption.

“Was she the only one with you?” Arnie asked, summing up the series of questions that needed to be asked.

“No. Yes. I . . . I don’t know.” Rick answered while reflecting back on that night. Drunk on the finest champagne, he more than likely seduced the young miss, took her to bed in an additional suite — not the official one for him and his entourage, naturally — and fucked her into oblivion. Waking the next day, he would find her sleeping and in true rockstar form, he would step out without waking her to say goodbye. That was his standard modus operandi when picking up groupies after shows. He could only assume that’s what happened in London.

“She was found in the suite with a large amount of blood and viscera on the bed and walls and floor of the room. It was a very gruesome sight.” Arnie said.

“Am I gonna be arrested?”

“No, no. I’ve spoken to the police. Apparently there were a number of females in your room and a couple of males all from an after-party. Tony there found you the next day in your hotel room still asleep.” Arnie motioned to the left to one of Rick’s bodyguards. “Tony can vouch for you. The whole situation is crazy but you know, your fans are crazy. Poor girl.” Arnie shook his head. His phone rang. Arnie answered. Rick drained the last of his drink. Arnie handed the phone over.

"Your mother." He rose, elevated the seat to an upright position, and took the phone.

"Well, hello to you too. What has it been now, almost a week since I heard from you? Won't you call and check on your poor Mama sometime?"

"You're anything but poor. I'm sorry I haven’t spoken to you. I've been very busy. Touring." He rubbed sleep from his eyes, feeling a slight annoyance at the call. He wanted to continue the discussion with Arnie and plan how to make the bad publicity go away; especially before his mother would hear about it. Poor girl, indeed. Poor me, Rick thought.

"You need to come home."

"Buster died. You need to be here for the funeral. Now Arnie told me you're on your way back to the States. Change your flight so you can come home."

"It was his heart. Those damn pills. I think he knew I put them in his food, so he stopped eating, would scrounge around in the garbage after dinner and eat our leftovers. I didn't find out until a couple days later; one of the cleaning girls found him out back, told Lucretia and she told me."

"Listen, I'm sorry to hear that Buster died. I'm sorry about that. He'll be missed. But I have two shows lined up as soon as I land. What with rehearsals and all I don't think I can make it—"

"You can spare some time out of your busy schedule for Buster. I won't hear no to this. I mean it. He was such a good dog and your only real friend growing up. Show a little respect and bring your butt home."

"All right, all right." He agreed with an exasperated tone, glad for the distraction from his latest troubles. “When do we bury him?”

"Fine, I'll switch my flight once I land in New York."

"Good. After all I've done for you, don't you dare ever say no to me, young man. All the riches you got coming your way are because of me and don't you forget it."