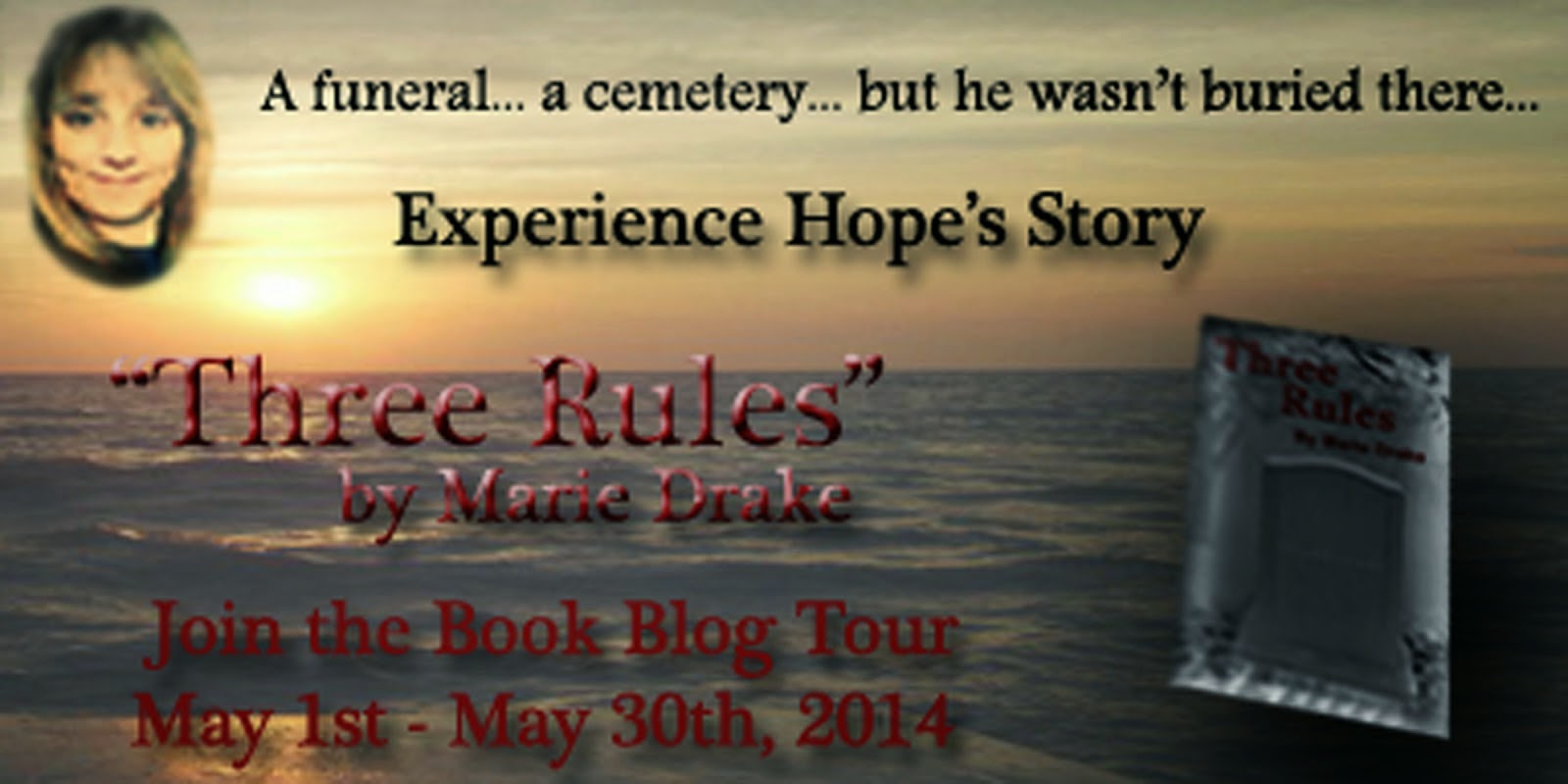 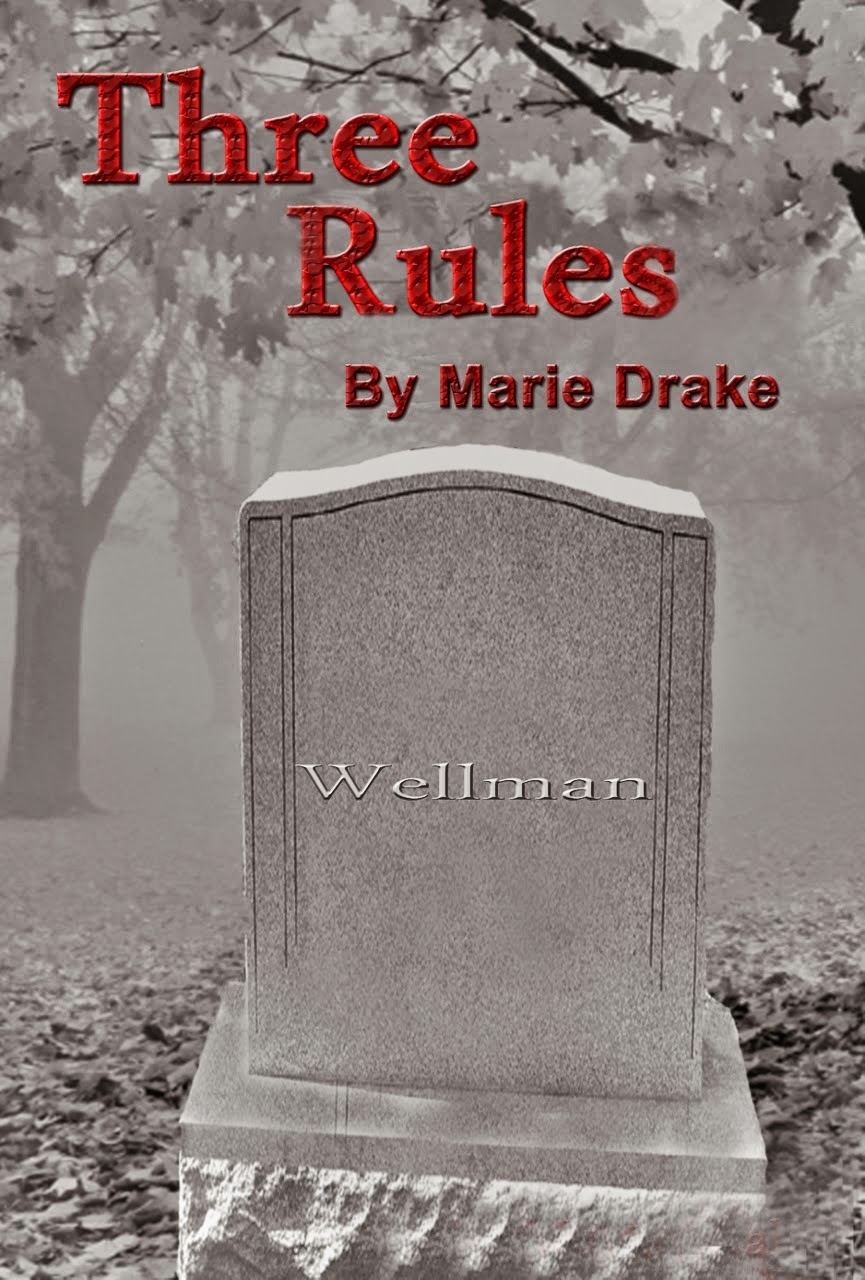 Hope Wellman has a childhood full of horrific memories, a bone chilling recurring nightmare, and a persistent paranoid sense of being followed that she would rather keep repressed. Is evil reaching from beyond the grave to capture the tattered remnants of her soul once and for all, is it only a machination of her disturbed mind, or is there something happening more sinister than even she can imagine?

Attending the funeral of her abuser is the first step in putting her life back together. She struggles with the fact she never told anyone what happened to her, and that the grave they are mourning over is empty. She'd find it a lot easier to move on and believe in the future if he were in the box, ready to be covered with dirt. She fears the last thread of her sanity has snapped when she sees Lucas everywhere she turns, and can't escape a recurring nightmare. Is her tormentor alive, or is she imagining it? Is her dream triggered by past fears or is it a prediction of the future?

“I have learned three rules in my life: 1.) The most dangerous people in the world are not always strangers. 2.) The scariest things imaginable are not those that can kill you, but those you can live through. And probably the most prominent: 3.) The most horrible possibility is not what could happen to you, but what you could become – I became a killer.”

Marie Drake lives with her husband and their four wonderful sons in a small town near Lake Ontario. They take advantage of what others deem a vacation spot all year long. Camping and hiking are some of their favorite family activities. They also enjoy volunteering at the local animal shelter together, and recently rescued a Jack Russell/Corgi mix who made their family complete.

Marie is a crochet fanatic. She designs her own patterns and enjoys crocheting for friends, family, and charity. She loves to cook and bake, especially when making up a new recipe. Marie is an avid reader of romance, mystery, and suspense thrillers.

She is a woman of many interests - and maybe talents - but will be quick to tell you that her most important and proudest accomplishment is the part she played in the lives of children. She provided daycare for over ten years, and she and her husband fostered more than fifteen children over a five year period.

While juggling all her boys' sporting events, academic, musical, and other extra curricular activities, and running a small home based business designing crochet afghan patterns, Marie tries to squeeze in some time for writing each day.

You can connect with Marie at the following locations:

Lucas picked up the journal and read from it: Years can fly by in an instant when you're enjoying something. Time sprouts golden wings and races off. When you're waiting for something, those wings turn to lead and time drags the heavy burden slowly. I glimpse the future – golden on the horizon now – and I bask in the glow of it.

I feel my skin blaze with remembrance. My passion spills out in ink over the pages. It is beautiful – a work of art, really. Only one will truly satiate my need. The others lead only to temporary satisfaction. It thrills me with anticipation – finally obtaining my ultimate desire. It has been so long since I was able to touch her smooth soft skin. Years have passed since my lips felt her mouth. I take a deep breath and recall the
intoxicating scent of fear mingled with the flowery fragrance of her hair. I run my tongue over my lips and taste the salt of her tears. I crave her and only I will have her.

The reward for my patience will not be denied.

I was drawn in by batted eyelashes and shy smiles. I was enticed by innocence, spurred to claim it. I was unable to resist the burgeoning sense of power that washed over me when I took it. But this girl was not innocent – the housekeeper's daughter. She liked it; she wanted it. She tricked me as it seems easy for young girls to do. I can't be blamed that sirens in angelic childlike form lull me into their traps. I'm too close to my dream for these insignificant people to become hurdles I must clear.

A knock at the door interrupted him. “Who is it?” he called.

“It's Michael,” came from behind the door.

“Come in,” Lucas said. He didn't feel up to dealing with this. Michael was becoming very needy. Lucas would be glad when he didn't have to listen to his sniveling demands any longer.

Michael opened the library door. Lucas realized he was still holding the journal. He quickly shoved it under some papers on a table. “What brings you here, Michael?” he asked impatiently.

“Have you thought about my proposition yet?” Michael inquired as he leaned against the desk.

Lucas poured him some brandy to buy a little time. Michael took the glass from him,

“I save it for guests,” Lucas told him. He smiled at Michael, rubbed his chin as though he was considering his plan. He would not – could not – entertain it. Michael's proposition was based on a lot of false assumptions. Michael thought he knew things. He thought Lucas would allow financial gain to navigate his path; greed would triumph and Lucas would align with his idea. But Lucas didn't lust after money. These dirty secrets that Michael wanted to use to extort money – Lucas was unraveling them in an attempt to seize what he wanted: his father's appreciation, and the object of his affection.

Sadly, Lucas's father passed away and took his unpronounced praise with him. Too bad for him – he was tangled in the web, lured there by the glittering possibilities: his father could be proud of him, love him, or at least just thank him. One dream was still alive; he still had a chance to take her.

There was another knock at the door. “Now what?” Lucas grouched.

He opened the door to find Alva. “Sorry, Mr. Wellman, there's a delivery for you,” she said.

“Excuse me, Michael, I have to take care of this,” Lucas told him.

Signing for the delivery, he took the package to his office. He broke the seal and pulled out the pages, scanned them quickly to be sure they were what he expected. Thoroughly pleased, he tucked them between two large books and went back to the office. Michael left. He must have tired of waiting. Patience was Lucas's strength, not Michael's. He walked to the desk to retrieve the journal and found it also disappeared.

Michael was more clever than given credit for, but probably not smart enough to put the pieces together – there were no names in the journal. Michael didn't have all the information.

Lucas went back to the library and retrieved the papers. Locking them in the drawer with the other evidence, he decided to take action earlier than originally planned.

He picked up the phone and arranged to have his boat placed in the water while it was still warm enough. One more phone call and he was out the door headed to the dock. Champagne chilled– it was a celebration of destiny after all - he removed his cufflinks, set them by the bottle, and was rolling up his sleeves when a noise alerted him that he had company. He turned with a smile, “I knew you'd come.”