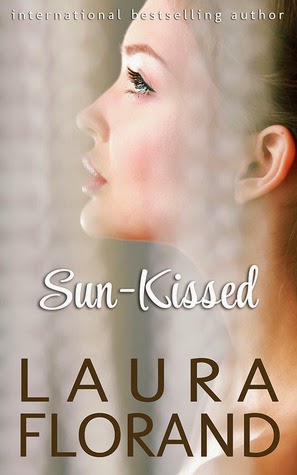 They called her the Ice Queen.

Anne Winters. Self-made billionaire. Household name. Divorced single mom. Convicted felon. She didn’t let anyone or anything get to her. No one was allowed to breach the walls around her heart except for her own son. She had only one trusted friend: her vacation house neighbor. They’d been walking the beach together for twenty years. Not that this gave him access to her heart, of course…

They called him a man who got what he wanted.

Mack Corey. Self-made billionaire. Dominant world player. Widowed father of the bride. No felony convictions yet, although his daughters had come close. He’d transformed his family company into one of the top 500 by the age of thirty. He’d raised two daughters who dumped him for idiot arrogant French chocolatiers and went off to live in Paris. Hell, he even managed to tolerate his dad. But that Ice Queen act Anne Winters had going was really starting to get to him…

They’d been friends for twenty years. Could they become lovers?

Could a frozen heart be kissed by the sun?

Her isolation itched at him. Mack wanted to reach out and break it—like one of those damn sugar sculptures over on the bridal table, break the translucent pieces of that isolation, say, Hey, did you notice all this world here you’re missing? He and Anne Winters had been friends—vacation house neighbors, beach walking partners—for close to twenty years, and yet she stood apart at his daughter’s wedding reception, a flute of champagne in one hand, cool and distant as a queen surveying her realm.

Granted, the East Hampton beach house pretty much was her realm for the moment. Anne Winters had laid her stamp over the Corey property, turning Mack’s youngest daughter’s wedding into something so exquisite and protected that it made him want nothing so much as to kiss Anne’s hand. Thank you.

Thank you for giving Jaime this, me this. This moment when we can believe nothing bad will ever touch her.

And unlike his damn French sons-in-law, he was not a hand-kisser.

He was, however, a man who had never had any qualms about treading on someone else’s kingdom, taking it over, making it his. He’d gotten into such a habit of respecting Anne’s, though. His most trusted ally.

As any man who ruled the world knew, trusted allies were few and far between, and a powerful trusted ally—well, you didn’t mess with that. You were glad you had it and tried to make sure it trusted you back.

When it was attacked, you defended it, and if your defense failed—

His fist clenched by his side. Yeah, damn God. And damn the whole vicious world, for how helpless all his power had been to protect those he wanted to shield. But that wasn’t a thought for this wedding. Anne Winters had smoothed that

all away, left them a space of perfect flowers, perfect tables, clever and elegant decorations, where everything was entirely beautiful. His new son-in-law’s chef friends—if Dom Richard even had friends, whatever he wanted to call them—had poured into the kitchens as they got restless the day before, resulting in a rivalry to produce an ever-better tribute to the bridal couple that had been pretty damn funny and helped transform everyone’s nerves into good cheer.

Even Mack’s, there for a while.

There were now tables filled with their exotic and fantastical confections and chocolate sculptures on either side of the bride’s head table, which had completely disturbed Anne’s arrangements of classic American-style wedding cakes. Driving her crazy, of course, but she had handled it smoothly.

For them. For Jaime’s sake. For his own sake, really.

She was as elegant and slim and luminescent as that flute of champagne she held while she watched his oldest daughter Cade give the speech that choked herself and Jaime up and, God, him. He’d thought for a long time there that he had failed at raising two daughters who got along, but apparently that had just been teenagers. They loved each other somewhere deeper and richer than their rivalry.

Shit, Cade had been the first one to reach Jaime when she—

He walked over to Anne, and his skin settled on him like it fit again. He’d started noticing that a long time ago—how much those beach walks beside her early in the morning settled his skin. Those six months she’d been in prison, he’d only been able to get his skin to calm down again on visiting days, even though he’d wanted, every single visit, to punch his fists against the acrylic glass that separated them until the damn unbreakable thing shattered.

She looked over at him as he reached her and gave him that friendly, cool, don’t-touch-me smile of hers. Shit, it got to him when she went on auto-pilot like that and included him in that smile.

“It looks beautiful,” he told her, because she liked that kind of thing— courtesy. The entire foundation on which their twenty-year friendship had been constructed was just that—neighborly courtesy.

Her smile was fainter this time, still cool and distant but less a performance, more real. “Thank you. But you should be hugging Cade or something. The photographers will want to catch pictures of the bride’s father in sweet moments with his daughters.”

He shrugged. “Let them catch me talking to my date instead.”

She gave him a wry look at being called his date, but he thought he’d been pretty clear about it, when he said, You’ve got to be my date for this thing. I can’t do it alone.

That last wedding, Cade’s in France last year, with all Sylvain’s family stealing every atom of attention to them with their extravagant antics and skits on the bridal couple, had been—kind of crappy. To be alone that was. The wedding itself had been fun, really, and having already met his other future French chocolatier son-in-law by then, he was more reconciled to Sylvain. But he’d missed his wife so damn bad. Having her there to see it, the way she would have beamed and gotten all misty- eyed, and...fuck.

Having Anne with him was a much better choice than doing that kind of thing alone. The friend who had kept him centered for the past fifteen years. Ever since Julie died, really. Or maybe he should say the past thirteen years, because for those first couple of years after the car accident, he sure as hell hadn’t counted as centered, no matter how many elegant variations on comfort food Anne carried over in their exquisite packaging, in her version of caring.

She was persistent at it, caring. She wasn’t good at it. She couldn’t hug or emote like Julie had. But she kept at it. He still got elaborately packaged handmade hot chocolate mixes, complete with homemade filigree snowflake marshmallows, at Christmas, along with a perfect little card in Anne’s perfect handwriting with some joke on making sure he got real chocolate. Him, the head of the largest chocolate manufacturer in the world, damn it. Just so that when he drank her stuff, he’d have that kick of amused annoyance to give it flavor. 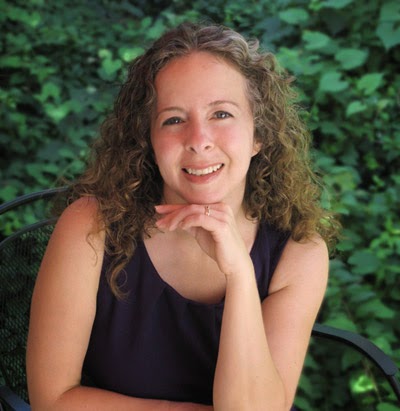 Laura Florand is the international bestselling author of the Amour et Chocolat series (The Chocolate Thief, The Chocolate Kiss, etc). Her books have been translated into seven languages, received the RT Seal of Excellence and starred reviews from Publishers Weekly, and been recommended by NPR, USA Today, and The Wall Street Journal, among others. Four of her past five books have been recommended reads by Dear Author and two have been Sizzling Book Club Picks by Smart B*, Trashy Books.

Laura was born in a small town in Georgia, but the travel bug bit her early. After a Fulbright year in Tahiti, a semester in Spain, and backpacking in New Zealand and Greece, she ended up living in Paris, where she met and married her own handsome Frenchman. You can find out quite a bit more about those crazy adventures in her memoir, Blame It on Paris. She is now a lecturer in Romance Studies at Duke University.

Contrary to popular opinion, that means she studies and teaches French language and culture, rather than romance. Fortunately, French culture includes French chocolate, research to which she is very dedicated. You can catch some glimpses of that research in the books, on her blog, and on her Facebook site, where you are welcome to join her and other readers!