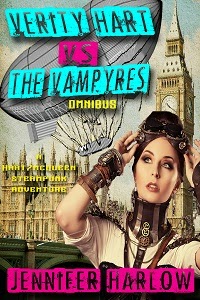 KEEP CALM AND STEAMPUNK ON

The whole of Victorian London knows there is something not quite right about the Lady Verity Hart. She may be the daughter of an MP and the sister of famed inventor Lord David Hart, but she is a spinster whose own father threatens to send her to the madhouse every fortnight. Because Society is correct-Verity Hart is no lady. If they suspected how quick with a quip she is, let alone the majority of her brother's ingenious machines were her design, the sale of fainting couches would double.

Verity requires one herself when her beloved brother is kidnapped by vampyres in the dead of night. With the aid of an aggravating, rude American bounty hunter with a secret of his own, Verity takes to land, sea, and even air to rescue the only person who could ever love and truly accept her. Or is he?

The Notorious Count Orrlock Has a Ball

Oh, heavens, did I leave my blowtorch on?

As I sit in our carriage, waiting behind one of those new motorcars I have been dying to tear apart, fear grips me like a vice. Burning the house down would certainly be the final straw with Father. He would surely lock me away as he has threatened countless instances these past eleven years. Did I leave it on? I was in such a rush to get ready for the ball, it is certainly possible. I swiftly run through my movements. I was welding the hinge on my latest invention, the Artemis, when David poked his head into my workshop to inform me Father was home. I set down the torch, removed my goggles, then quickly changed out of my leather work clothes into my lavender tea dress. Then I made sure the gunpowder and petrol were stowed properly, checked the hinge, then…I did shut it off. Oh, thank the Lord.

“Verity, did you hear a word I said?” Father asks harshly, bringing me out of my head.

I gaze across the carriage at my father. He’s dapper tonight in his tuxedo with white handkerchief, bowtie, and white rose in the lapel like David. At four-and-fifty my father is still handsome, even though at forty his hair turned pure silver in the blink of an eye. Strangely his eyebrows remained dark brown and are only now beginning to match. He’s known for his patience and grace under pressure, though one would not know this judging from his expression now. As always when his attention is directed at me his face is filled with an undercurrent of contempt with each passing moment. I believe I am the only person in all of Christendom who can crack the façade.

“Yes, I mean no, Father. I was daydreaming. I apologize.”

His lips purse. “I was saying, try to refrain from garishly flirting with that man tonight. You are to be on your best behavior. Several other Parliament members shall be in attendance, along with the head of the India bureau. Avoid that man as much as possible.”

“I heard Isobel Derbyshire was seen departing his villa most late at night un-chaperoned not a month past,” Mama says, ever the gossip.

“My point precisely. Even a hint of impropriety, and people will talk.”

“Father, people do little else,” I counter. If possible his lips tighten further. I gaze down to the floor. “Sorry, Father.”

“If you will not behave for me, then do it for Margot. She has only three years until she is presented into society. Do not make your sister pay for your ill behavior.”

As always, my father cuts right to the quick. Worst, he is not wrong. “I shall be the paragon of ladylike virtue all evening, Father.” 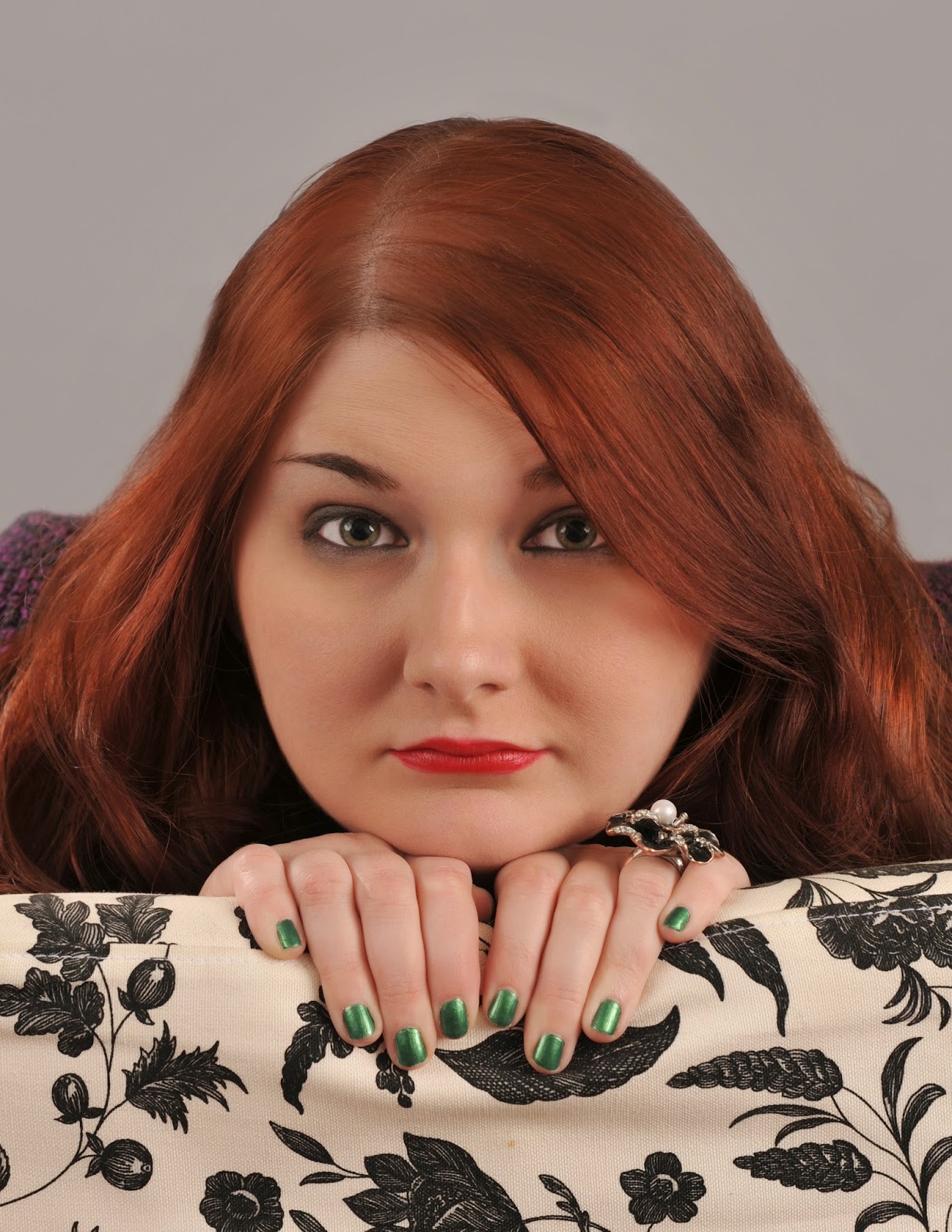 Jennifer Harlow spent her restless childhood fighting with her three brothers and scaring the heck out of herself with horror movies and books. She grew up to earn a degree at the University of Virginia which she put to use as a radio DJ, crisis hotline volunteer, bookseller, lab assistant, wedding coordinator, and government investigator. Currently she calls Northern Virginia home but that restless itch is ever present. In her free time, she continues to scare the beejepers out of herself watching scary movies and opening her credit card bills.

She is the author of the Amazon best-selling F.R.E.A.K.S. Squad, Midnight Magic Mystery series and The Galilee Falls Trilogy. For the soundtrack to her books and other goodies visit her at www.jenniferharlowbooks.com

http://jenniferharlowbooks.blogspot.com Tales From the Darkside blog