I am an African writer based in my homeland of Zimbabwe here in southern Africa. I want to believe that I write fiction that is classified as romance general. I work for the government as an accounting assistant. My fiction (print) is on CreateSpace while kindle is on Amazon. My other short fiction pieces are free for sample reading on timbooktu (dot) com and wattpad (dot) com. I grew up in the then Rhodesia during the Ian Smith era when the country was separated on a 3-tier racial system. The effects of the civil war which mainly became serious between 1975 and 1979-80 affects my writing. I went to schools segregated by race with my race being the bottom of the tier. We were the last group of students who completed seventh grade and were streamed with barely half making it to the next level. My father was a police constable [British South Africa Police] from before I was born, 1960 to 1977. I was born on 9 August 1966 in Gwelo (then, now Gweru) which is in the middle of the country where language is influenced by the Karanga to the east, Ndebele to the centre and mainly south and other Shona dialects and cultures.

I meticulously plan. I start writing with an outline from which I make periodic changes. I also realized that I ended up with all characters being short and stubby so I write down the names, characteristics and job descriptions of my characters at the top of the novel manuscript erasing them when committed to memory. In one novel, all the beautiful ladies were heavy breasted. So I plan and change as I go.

At times they change the story especially if they grow too familiar with me.

I write contemporary romance fiction which is an issue of how two people get to be in love or what happens to them when their marriages gets to be on shaky ground. I have written crime fiction which ended up as short stories. I also wrote war and ghost stories that ended up the same way.

I like my chicken [pot roast] with rice, mixed fruit salad and 375-ml of chilled Coke plus an apple and a banana. I then feel at home. In the morning it just coffee with boiled milk, and anything to go buy or tea with lemon and loose biscuits without cream please.

I write from mid-day to the late evenings. Mornings are a little bit bothersome. I have to do lots of things before I can settle to write. I did rather check my Facebook/yahoo mail or whatsapp before I settle down to some creative writing.

I think I dream of Cape Town, Table Bay, Robben Island and Table Mountains with a visit to a wine growing area. Cape Town can be done on a budget. From my capital city, one can go economy by choosing a coach which however takes about 36-hours to reach Cape Town. The point of the holiday will have been made either travelling by coach, train [from Johannesburg to Cape Town] or by aeroplane.

They do, with some books the distance is about six thousand kilometres before a man can know if a woman is going to say yes to his proposal.  At times it’s the distance between Brisbane (Australia) and Victoria Falls (Zimbabwe) before another character can know if his divorce can be shelved aside while they try to make up again.

I like to listen to soft gospel, country, blues and mainly jazz which do not disturb my thought patterns.

This is the story of Trevor and Naomi coming from different but similar backgrounds yet bound to meet. Both share the same issue of being children of migrant labourers looked down on by society. Trevor traces his history to the Zambezi floodplains of Zambia where modernisation stopped an ancient kingdom. Naomi traces her history to Malawi. Trevor wants to break the shackles of poverty having grown in a mining community. He has seen the pensioned migrant labourers living squalid lives. Some left their families in the north and married and started new ones here. He seeks to be different, a pebble in a pool not on the ocean seabed. Trevor and Naomi burn the midnight oil. She wants to hog the limelight. She flunks her university entrance examination. She has her moods and temper. He has his drinking problems. Through the ups and downs of the economy they go, surviving by a margin. How can they save their union if at all?

Writing a book is easier than marketing the same book(s). I have learnt that I burnt calories and energy chasing after traditional publishers when all that matters is convincing a reader to buy a book whether published by a traditional publisher, subsidy or self-published. I have learnt that it takes guts to reach out from the unknown world and be known.

If I had known an=bout free publishing platforms like Lulu, CreateSpace, Amazon kindle, Smashwords etc. twenty years ago I would have published 20+ books by this day. Constant rejection slips from traditional publishers had made me almost quit several times.

It’s a long road to victory if you persist or to nothing if you give up hope. 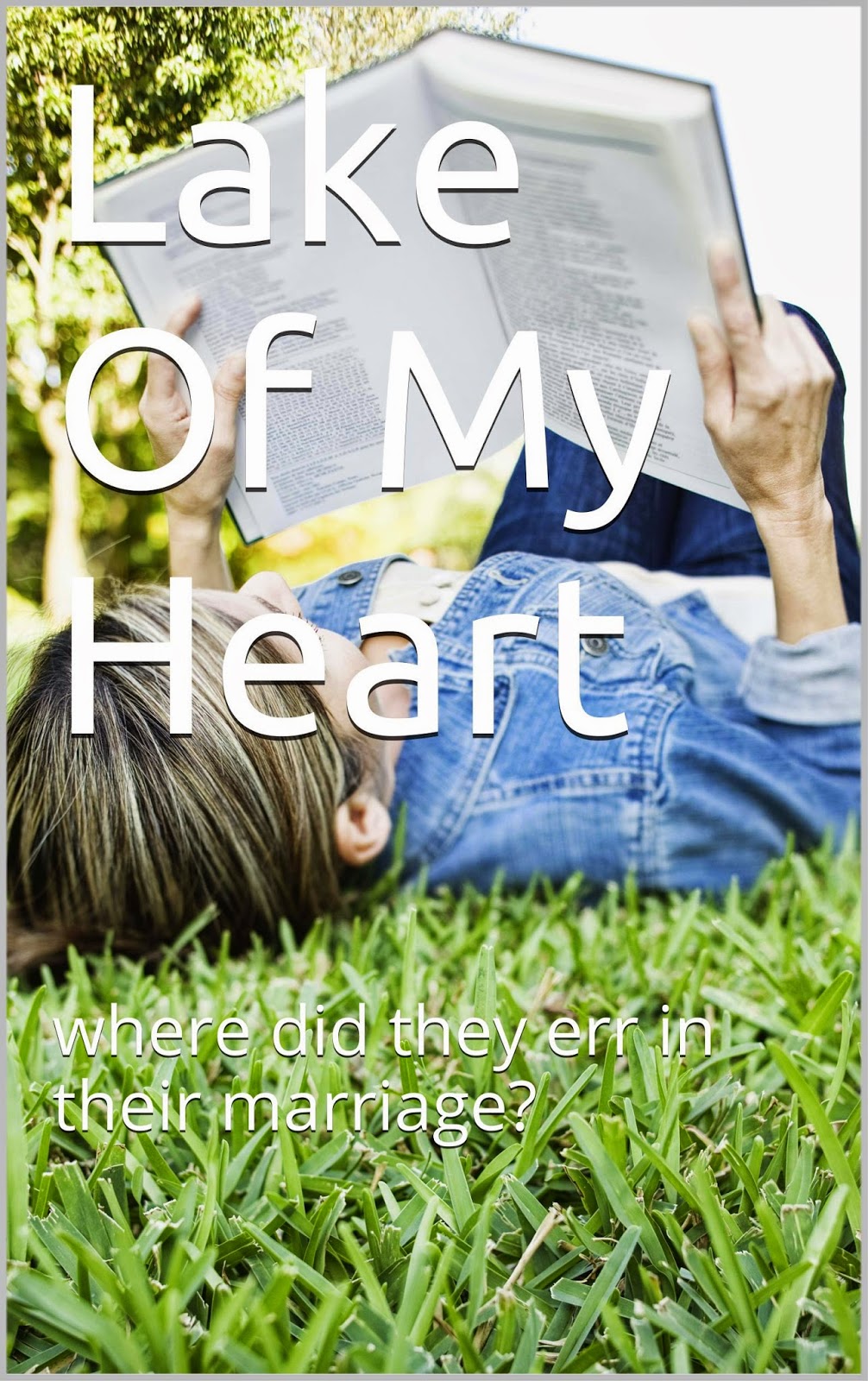 Naomi is slightly shorter than Trevor with a broad smile and dimples when the mood is upon her. Trevor on his part is taller and broader with a good sense of humour. He used to like her laughter especially when she threw her head up exposing her tender neck. She loved his dance, his jokes and his behaviour when he was walking drunk. Give and take their differences, they are only human beings living in a melting pot of an economy. Their differences seem to be growing now in their marriage. What is wrong with marriage, Trevor constantly asks himself? Is it worth it to call a spade a spade and divorce? Then he checks in his mirror to look at the walking mistakes of broken homes. How will his little children fare without him or their mother? Since both of them are young, they will certainly remarry. One only needs to read the daily newspaper Monday to Friday to find court cases of step parents who have abused their charges. Can they work out their marriage? Trevor starts from the back looking at the days he had dated Naomi to seek and destroy that which causes them to separate. How is he going to deal with her moods, her temper tantrums and his own need to hold the green bottle? With three children, a mortgaged house, both parents having degrees and the economy in free fall, times are tough mentally for both Naomi and Trevor. Can they hold on until the end as the Zimbabwean political circus and national elections collide?

1) Butterscotch: meet me in Alberta

2) If Women Can Weep: then God will be the comforter

3) Lake Of My Heart: where do broken hearts go?

4) Off The Eagle's Claws

5) Splash In The Loch: some guys have all the luck

6) Let Close On Me: a Caucasian's fight for love in black Africa