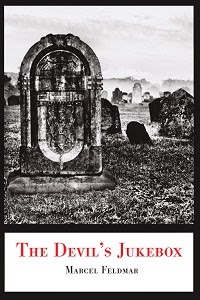 A group of friends are reunited after twenty years to learn that their destinies are entangled with the immortal Muses and a mysterious lost jukebox.


Martin looks around the room, smiling through darkness and music. Another night slumming at the Industrial Eclipse. Everyone’s a regular. Everyone’s dancing, flirting, listening to music, drinking. Another escape from normal life. There is comfort in the lights, the darkness, and Martin walks towards the seats in the back room to wait for Charlotte and Phillip. He sits for a few minutes, alone, other than the occasional interruptions by random kids taking breathers between dances. He enjoys watching all the death puppies shake and sway. Nightclub lust in black fishnets and eye shadow.

Jonathan appears, holding a drink in one hand and a clove cigarette in the other, swaying to the background beat.

“What are you doing here?” Martin asks.

“Your girl told us we were meeting here, so why not? I mean, the music could be better, but the chicks are hot. Sebastian should be here soon as well.”

“She’s not my girl.” Then Martin sees her walking across the floor, and he smiles.

Charlotte walks slowly, peering between darkness and movement. When she notices them, she moves in their direction with a big grin on her face. An Images in Vogue song hits the playlist, and Charlotte yells, “Talk later, dance now!”

She pulls Martin into the mess of bodies. He shrugs, decides to go with it. This is Charlotte, and with her, he can ignore all of the lame dancing and spaced-out goths experimenting with MDMA and Industrial grooves, dancing in the shadows and staring at the floor in attempts to impress others who are also busy not looking at anything but their own feet.

After a few hits of the dark waved tunes they go back to sit with Jonathan. Sebastian is there too, looking a little uncomfortable as all the hairsprayed girls twist and turn across the room.

“Well, if it isn’t Mister Church,” booms a voice behind Martin.

“I’m glad we’re all here, but I think we should talk somewhere a little quieter.”

Charlotte spins around him. “Not now. That can wait.”

And she’s gone again, lost in a blur of music and movement

When the club starts to shut down, people drift outside and disperse into the early morning air. The earliest breath of sunlight is sometimes refreshing, but after a long night in the club it’s a little frightening. Martin looks apprehensively at the glow of the exit sign. He always feels close to some kind of vampire life when he steps out of the club’s doors. He’s not quite ready to leave, not alone. He stands against the wall; he should be talking to someone, mingling, doing something other than what he always does in these post-social situations.

His friends are here, but they’re all occupied with conversations and people-watching. It’s a blast to recount the various hook-ups and random crash and burns that took place throughout the night. He finally moves towards Annie and Phillip, who are standing near the bar.

“Martin! We were wondering when you would stop holding up the wall and say hello,” Annie says. She gives him a big hug.

Sebastian comes up behind him and nudges his shoulder. “C’mon man, let’s go.”

“Why stop now?” Phillip asks, “You should come over and hang out for a bit. Company would be good, I think.”

Charlotte joins them and says, “It’ll be fun. We can finally talk shop, right?”

Charlotte gives Martin a little smile, which distracts him completely.

“Not tonight, boys, though it sounds fun. But I’ll see you soon. We have to practice for our show next week.”

“That’s right,” Sebastian says. Annie winks at him, turns on her heel, and glides out the door.

“You bastard.” Jonathan jabs Sebastian in the ribs, one eyebrow raised.

“No, it’s nothing like that…” Sebastian trails off, looking at the door that had let Annie disappear.

Jonathan stares at him. “Seb, you like her, don’t you?”

Annie knows the subject of the jukebox might come up tonight, but she’s not ready for that yet. Better to stay out of it until she knows more about what’s going on. It’s been a couple of weeks since she spent the night talking with Charlotte and Phillip, and it’s been strange hanging out with her friends since then. But it started to feel more so after they got together last week for one of their random acid trips. That had ended… Annie shakes her head and realizes she can’t remember how it ended.

After Annie leaves, the rest of them come together. They move through the streets, travel in a cab for as far as fifteen dollars will take them, and when they reach the dark house, Phillip moves past the hanging Christmas lights to put a record on the turntable in the corner.

Martin falls back onto the couch, scattering a stack of comic books. He gets a disapproving glance from Phillip, while Sebastian and Jonathan flip through the vinyl piled up against the wall.

“Of course.” Martin sends him a thumbs up.

Fortuna isn’t like Charlotte and Phillip, but she’s definitely not one of the Muses. According to Phillip, Fortuna has been around for a long time. Longer than Pandora. If Fate and Destiny were sisters who now hated each other, Fortuna would be their grandmother.

“Charlotte? What are you thinking about?” Martin asks.

Charlotte smiles at him. “Nothing, this just feels good, you know?”

Martin smiles back. He knows. He’s been having trouble sleeping for the past week—or more like trouble dreaming. The dreams are all bad, and sleep feels like something that he needs to avoid, but right now there is just a feeling of contentment. Charlotte feels it too, and she hopes the feeling will last. After Pandora left, it had taken all of the strength Charlotte and Phillip could muster to push that night out of everyone’s minds.

They had done it partly to spare the others the memory of the nightmare experience, but it was also to protect them from Pandora in the future. She wouldn’t be able to find them as easily, or use what they know, if they didn’t know anything. But the memories will come back, and when that happens, Pandora will be back as well. Even now, Charlotte knows that there is a slight memory lingering among the friends, even though it’s just a memory of having forgotten something.

Jonathan sits, slightly uncomfortable. He’s been quieter than usual for the past week, and he’s not sure why. He feels like something has been stolen from him, but there’s no evidence of anything missing. It’s a feeling that has been hovering ever since they had all got together, and although he remembers the beginning of that night, he can’t remember how it ended. He just remembers that he had woken up on Sunday morning and the world looked different. It even sounded different. That’s when he decided he needed to understand more about the things that exist between what he saw and what he knows. He knows there’s no such thing as ghosts, but he’s pretty sure he saw one that night. He’s a little apprehensive about sharing this with anyone, so he tries to ignore it. Jonathan shakes his head, trying to get a low hum out of his ears. It feels like he’s been living underwater. Nothing feels like it should, and he doesn’t like it.

He looks around Phillip’s place and knows that he’s not the only one feeling this… strangeness. Martin looks really tired, Charlotte seems a bit distracted, and even Phillip is acting a little on edge. Sebastian seems the most out of sorts, though, and Jonathan wonders if it has something to do with Annie.

Sebastian does feel different. He had seen something recently, but he didn’t know what. He was with his bandmates, and Charlotte was there, too. They all dropped a couple of hits of acid and wandered into the night. He can picture the sidewalks and how they seemed to shift and glisten against falling shadows, and then the shadows came to life. That was all he could remember until he opened his eyes the next morning and realized he was in his own bed. He was awake and convinced that something out of the ordinary had happened, something that was floating on the edge of his mind like a wraith of memory.

Now he’s ready for a change, ready for something new, and it has to be soon. A new home, a new city, a new life. Something. There’s still the band, but that doesn’t feel like a good enough reason to stay in Vancouver. Sebastian flashes on a memory of Annie, how she looked when she left the Eclipse. She seems almost like a new person. He’s known her for a long time, but suddenly she’s someone he really wants to know. It’s not the music that’s keeping him here. 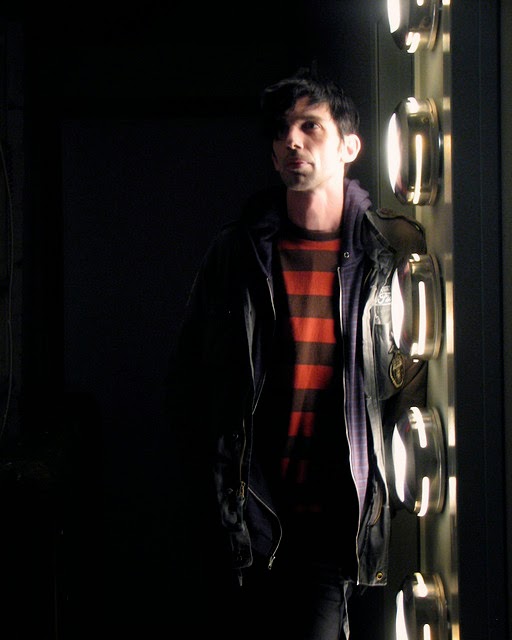 Marcel Feldmar was born in Vancouver, moved to Boulder, ended up in Denver, went back to Vancouver, moved to Seattle, and ended up in Los Angeles. He is married with three dogs, and enjoys well made cocktails. He is also a coffee addict and an ex-drummer for too many bands to mention. He recently traded in his drumsticks for a couple of pens, and proceeded to complete his first novel. The Paranormal Pop Fiction tale entitled The Devil’s Jukebox.