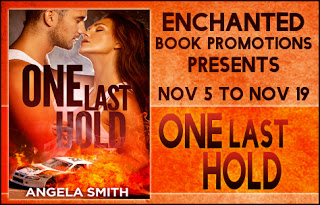 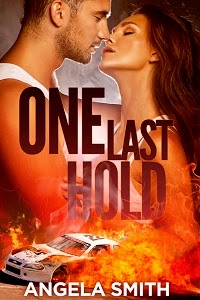 He has a shaded past…

Wesley Webb is at the pinnacle of his auto racing career when his main rival is murdered hours after their confrontation. That, along with evidence found at the scene, shades him as prime suspect. Now he’s under intense press scrutiny, particularly from Caitlyn Daniels, an ex-girlfriend who knows all about his secret past.

And she’s the one woman who could expose him…

Caitlyn thought to never see Wesley again. Now, his life could be in her hands. Ten years ago, a tragedy tore apart everything she held dear, including their relationship. When she’s assigned to do an exclusive story with the reluctant race car driver she once loved, she believes this could be her purging. But chemistry tears apart her resolve to stay strong. Can they work out their differences and fall in love again, or will tragedy keep them apart?

She took a deep breath. Usually her interviews became more personal. She wasn’t sure how personal to get with him. She knew a lot about him—at least she used to—but she was scared of asking him the wrong thing. She didn’t want to set him off.

“What’s your favorite color?” Caitlyn held a pen in her hand, poised to write, trying to concentrate on the task at hand. Her focus, though, was Wesley’s deep green eyes. Eyes able to pierce her and reach a part of her no one had ever been able to touch before. Something about the way he looked at her, like he saw only her, deep down, clear to her soul.

A hint of danger lurked in his eyes, a predator-like stance that made her sense he was ready to devour her, sexually and otherwise. A vulnerability that made Caitlyn yearn to take him in her arms, to be as close to him as possible. His gaze held no arrogance, no indifference, and no deceit.

Her throat felt parched. His eyes devoured every morsel of her power and well-being.

She couldn’t think of a decent thing to say. Thank God it was his turn to talk.

“My favorite color,” he said as he leaned across the table, closer to Caitlyn, “is the capricious color of your eyes.”

His lips were only inches from hers so that his breath licked against her skin. His eyes possessed her.

She clutched her pen in midair, frozen in space for a mere second. He touched her hand.

“Blueberry,” he said as he trailed a light kiss across her knuckle, his eyes still magnetizing hers. Her heart stopped in her throat. “Dark and wounded. Cornflower blue, tantalizing with banter and witticism.” He kissed the tip of her pinkie and went on to taste each finger, slowly taking his time with each one. “Sea blue, bright and sparkling like the waves catching a sunset, when you’re happy.”

Caitlyn, entranced with his words, was amazed he even noticed her eyes and more amazed he practically recited poetry. Where had he come up with this?

“Storm clouds,” he continued as he stroked the inside of her palm. “Brewing with a passion and desire you’re too afraid to feel. Sometimes periwinkle, sometimes almost lavender and sometimes a sultry gray. Right now though, they are definitely–”

She pulled her hand away and scooted back in her chair. Thoroughly aroused, she squeezed her thighs tighter in an attempt to bury the spark.

“You’re full of it,” she said. “My eyes don’t change colors that much and even if they did, you wouldn’t notice.”

“What makes you say that?” He leaned back in his chair, taking the two back legs to its haunches, something they both used to get in trouble for when they were kids.

She shook her head and didn’t answer. The touch of his warm mouth on her fingers still burned in her core.

“I always notice your eyes.” 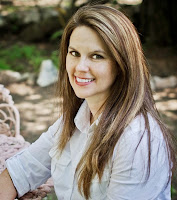 During her senior year in high school, Angela Smith was dubbed most likely to write a novel, and that has been my dream ever since her mother read 'Brer Rabbit' to her and her sister so often that they were able to recite it before being able to read. Before venturing into writing, she fell into the perfect job in criminal justice and later became a certified paralegal. When not caring for her small farm or spending time with her husband of two decades, she loves to craft, read, go off-roading, and dream of all the places she’ll visit one day.